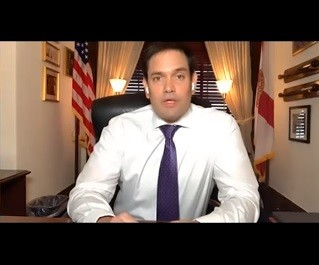 “We should help Taiwan not to win in all-out conflicts with China, that’s not possible, but to have the capability to raise the cost of military adventurism there to the level that China is not willing to pay,” said Rubio during a remote talk with the Washington-based think tank Hudson Institute on Wednesday (Sept. 23).

Asked to comment on Taiwan becoming “the flashpoint” in U.S.-China tensions, Rubio, a staunch supporter of the country, acknowledged that the Taiwan issue is “tricky” and could ultimately be a “red line” for Beijing. He mentioned that China will not give up the use of force in order to exert its claim of sovereignty over Taiwan, even though Beijing still tries to work with political figures in Taiwan to manipulate the existing system to achieve that goal.

“But [the Chinese authorities] are prepared as they were in Hong Kong to send forces if necessary,” Rubio said. He stressed that the only way to prevent it from happening is to make the cost of advancing on Taiwan too high for Beijing.

Rubio noted that in Taiwan, favorable public opinion about China has “eroded” in recent months as the country is enjoying robust ties with the U.S., which has also become more assertive when dealing with China. Yet he also warned that the U.S. should navigate its ties with Taiwan carefully so as not to trigger a conflict in the region.