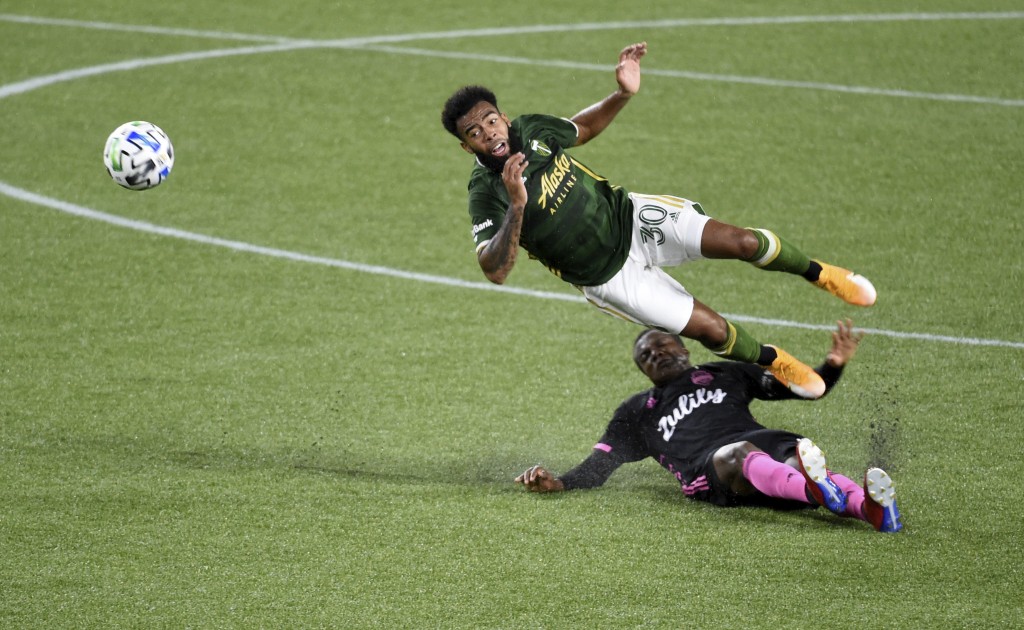 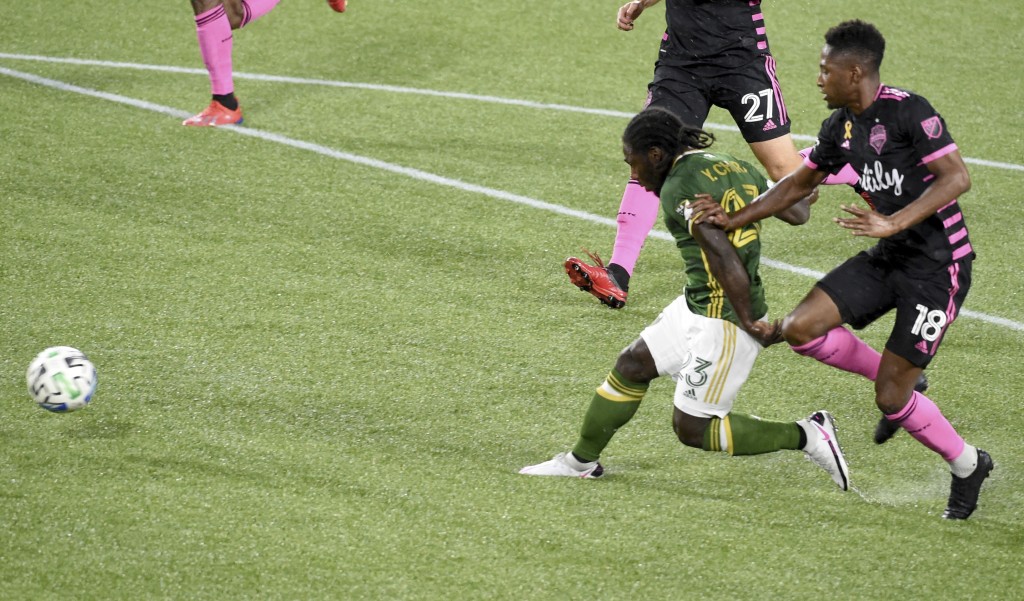 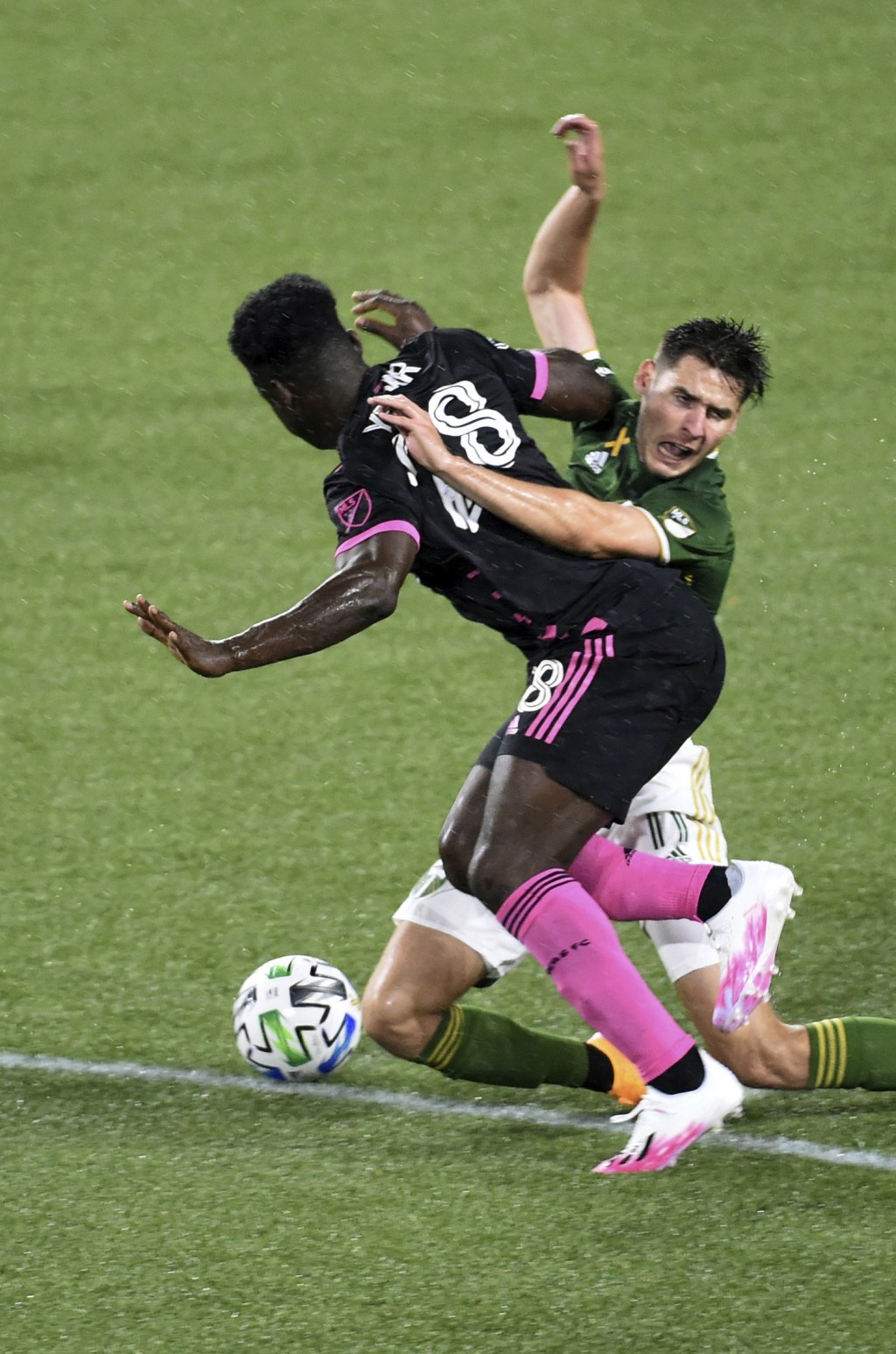 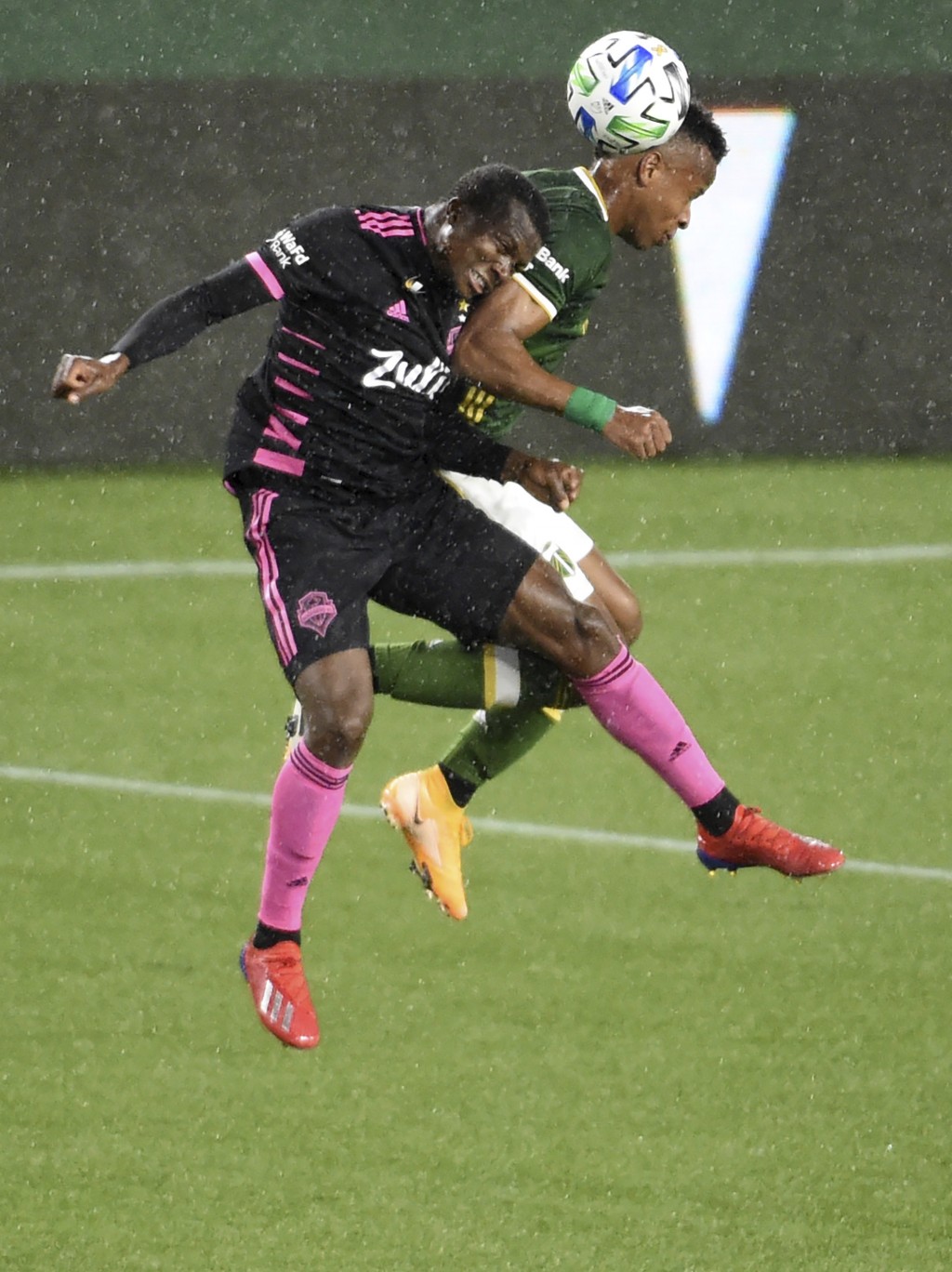 It was the first time two sets of brothers played against each other in MLS history: Yimmi and Diego Chara for Portland, and Alex and Cristian Roldan for Seattle.

The Timbers (6-4-3) were coming off a 6-1 victory over the Earthquakes in San Jose on Saturday. It was the team's most goals ever in a regular season game.

The Sounders, who top the Western Conference, were coming off a 3-0 win at home against LAFC on Friday.

Yimmi Chara scored in the 13th minute, giving the Timbers the lead in a steady downpour at Providence Park. The younger Chara brother has three goals in his last three games.

Raul Ruidiaz had what looked like a clear shot in the 36th minute with Clark on the ground, but it hit the side net.

Ruidiaz has eight goals in 12 regular-season games to lead the Sounders this season. He has seven goals in seven career matches against the Timbers.

Portland was hurt in the 74th minute when forward Jeremy Ebobisse went down with what appeared to be an injury to his right leg and was subbed out of the game. The extent of the injury was not known. Earlier this month Timbers midfielder Sebastian Blanco tore his ACL and will miss the rest of the season.

It was the third meeting this season between the two teams. Portland won the last match 2-1 in Seattle on Sept. 6.

It was the 110th all-time meeting between the two teams dating back to 1975 when both teams were part of the NASL.

Normally meetings between the Timbers and Sounders would count toward the Cascadia Cup, the trophy created by supporters for the winner of the three-way rivalry with the Vancouver Whitecaps each year.

But the supporters decided that it wouldn't count matches played this season without fans in attendance.