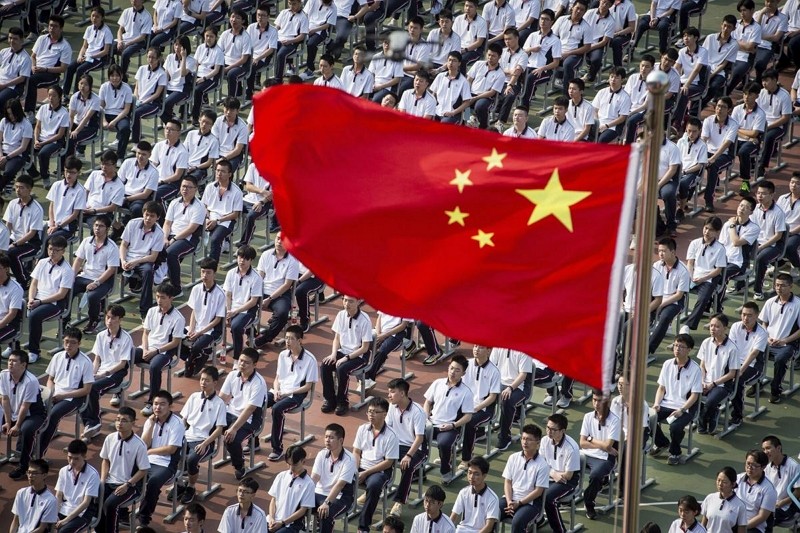 BEIJING (Reuters) - While China’s coastal provinces and major cities are recovering from the coronavirus pandemic, firms in its poorer western and central provinces are falling well behind in metrics like output and sales revenue, a private survey showed on Thursday.

The majority of firms are recovering far more slowly than those in wealthier areas around Beijing, Shanghai and Guangdong, said a report from China Beige Book International (CBB).

While revenue and profits for the third quarter saw steep declines year-on-year across China, many interior provinces also saw output, domestic orders, and sales prices falling from the second quarter as well, according to a quarterly survey of thousands of Chinese firms by the U.S.-based consultancy.

For instance, sales revenues increased 41% quarter-on-quarter for Shanghai and the wealthy eastern provinces of Zhejiang and Jiangsu, but fell by 10% in the more remote western regions of Tibet, Gansu, Qinghai and Xinjiang, it said.

“For the corporate elite – large firms and those based in the Big 3 coastal regions – the economy is accelerating ... But the rest of China – most firms in most regions – are seeing a far more muted recovery,” said Derek Scissors, chief economist at CBB, in comments issued with the survey.

In August, China’s industrial output accelerated the most in eight months, while retail sales grew for the first time this year, suggesting the economic recovery is gathering pace as demand starts to improve more broadly from the coronavirus crisis.

Regional divergences were also visible in credit, according to the consultancy, with a far higher proportion of firms in the wealthy areas around Beijing, Shanghai and Guangdong accessing capital.

“Borrowing levels stayed flat or fell outright in 4 of 5 non-coastal regions,” it said in the report.