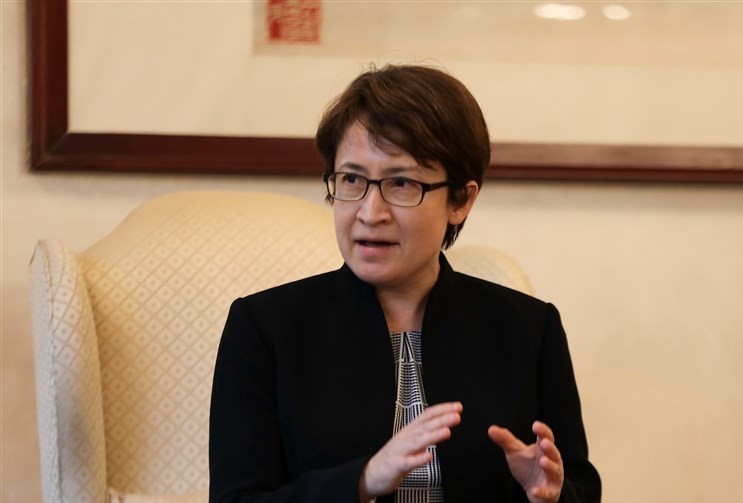 Speaking with host Mary Louise Kelly, Hsiao explained that Taiwan is under constant threat: “We have been living under Chinese political, economic, and military coercion for decades.” She added that the country “seeks to maintain stability in the region” and hopes to “maintain steady relations with the U.S. and continue our security cooperation.”

When asked if she trusts the U.S. to come to Taiwan’s defense in a war with China, Hsiao stated, “The U.S. has a commitment to helping Taiwan in our self-defense, and that is in the Taiwan Relations Act. We have had a robust and very consistent relationship in defense cooperation.”

Hsiao then expressed that she does not fear the U.S. becoming too distracted to follow developments in the Taiwan Strait, saying it "continues to be a global power" and that regional stability is "certainly within the interests of the U.S.” She further stated that peace in the Taiwan Strait as well as in the South China Sea “involves the freedom of navigation that is also a critical part of free and open global trade.”

“I believe these interests are intertwined, and we do have a joint responsibility in terms of ensuring the stability of the situation. And I also believe that China has that responsibility as well,” Hsiao said.

Commenting on her optimism about the bilateral relationship, Hsiao said the two countries share common values and are rules-based market economies that respect basic freedoms. She mentioned that Health Secretary Azar’s trip to Taiwan last month highlighted the need for cooperation on health issues and suggested that a bilateral trade agreement will happen.

“I believe there are many opportunities to improving our relationship [sic],” she stated. Remarking on her Taiwanese-American identity, she added, “I’ve always seen my role, professionally and personally, as trying to bring the two societies and cultures closer together.”