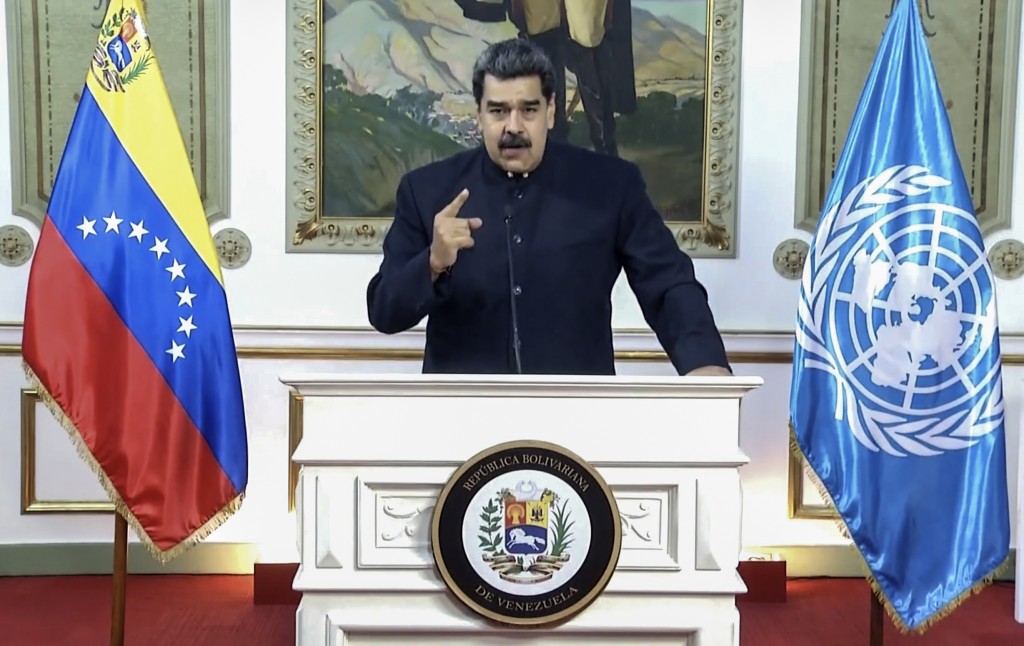 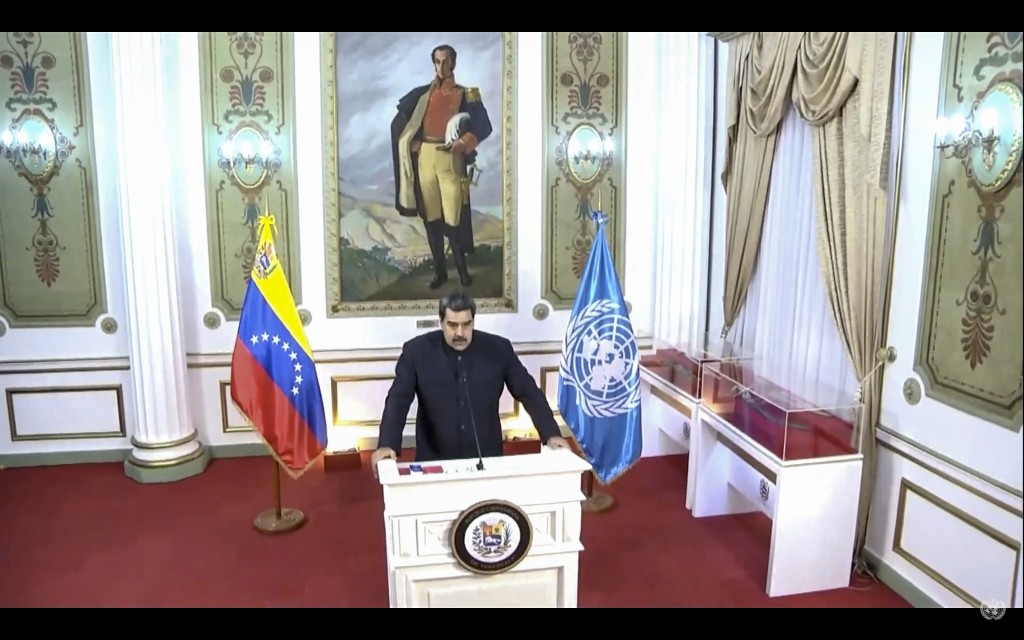 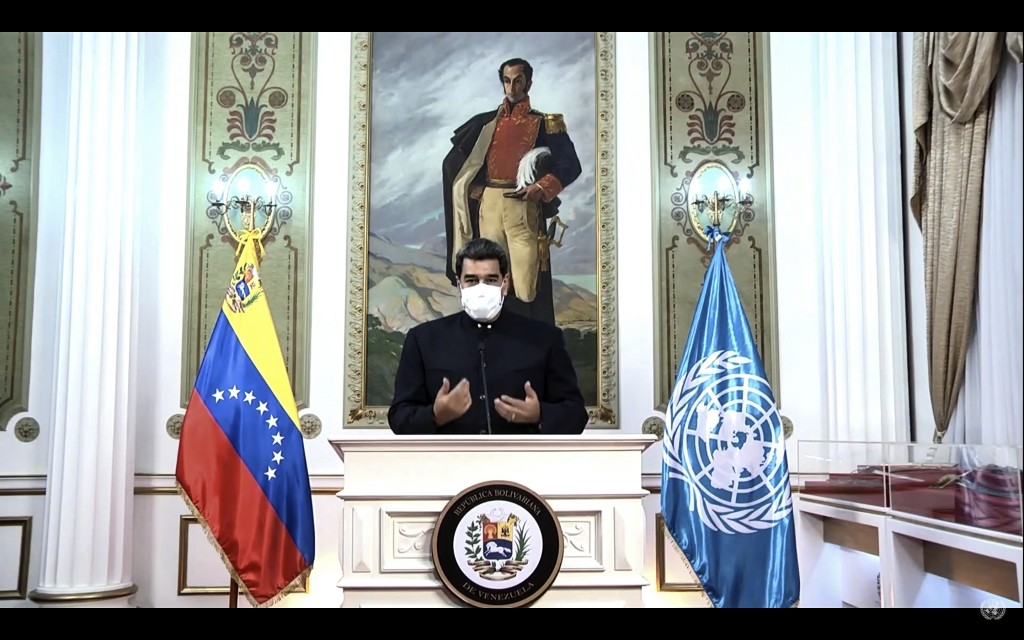 BOGOTA, Colombia (AP) — Venezuelan President Nicolás Maduro blasted United States sanctions in his address to the U.N. General Assembly on Wednesday, while avoiding any mention of a report accusing his government of crimes against humanity.

In a lengthy, prerecorded speech that ran more than twice the allotted time, the socialist leader denounced what he called a “criminal, inhuman aggression” by the U.S. aimed at ousting him from power, and said Venezuela would resist.

“The world must know that we are prepared to fight with the force of our history, our spirit, reason and international law,” he said, standing before a giant portrait of South American independence hero Simón Bolivar.

The speech marks Maduro’s return to the world stage after his absence last year as political tumult embroiled the country. The U.S., which doesn't recognize him as Venezuela’s legitimate president, has indicted him on drug charges. Maduro likely would have skipped this year's proceedings too, had the pandemic not forced the U.N. summit to go virtual.

Even thought he would have U.N. diplomatic immunity, Maduro would be taking a risk by traveling to the U.S., where there is a $15 million bounty for information leading to his arrest.

Peppering his remarks with jabs at the U.S., Maduro strove to present himself as a diplomatic statesman, noting that he recently freed several dozen prisoners, including several high-profile opposition leaders. And, as he often does, he said he is a man of dialogue, looking to peacefully resolve the country’s ills.

“It is through political, diplomatic and mutually agreed upon negotiation that we will reach the solution of this dispute inherited from imperial colonialism,” he said.

At no point did he mention a recent scathing, in-depth report commissioned by the U.N. Human Rights Council that concluded that Maduro’s government is responsible for grisly crimes including torture and killings allegedly carried out by security forces. The techniques they used included electric shocks, genital mutilation and asphyxiation.

Heads of state from several neighboring nations including and Peru and Colombia have used their platform at the assembly to denounce Maduro as an autocrat whose poor handling of his country’s oil wealth has led to a humanitarian and economic collapse.