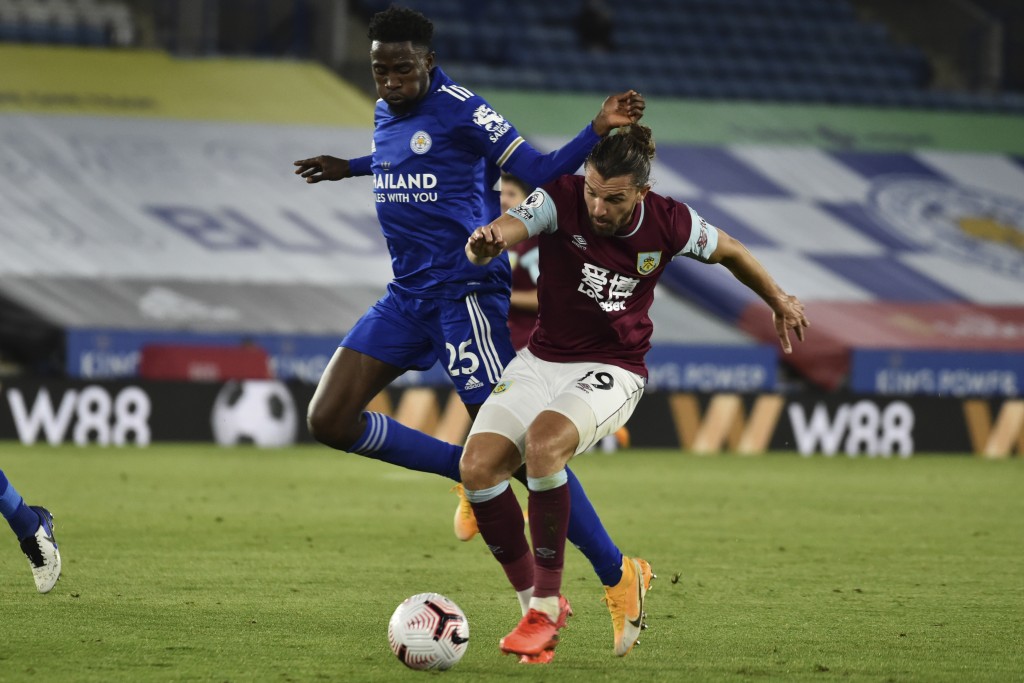 Ndidi was not involved in Leicester's 2-0 loss to Arsenal in the English League Cup after getting hurt in the 4-2 win over Burnley in the Premier League on Saturday.

“We are just waiting to hear more on that, but he could be anything between six and 12 weeks,” Rodgers said about Ndidi after the Arsenal game.

“It is an abductor injury — it may have come off the bone, which could be a nasty injury. So we will wait to see if needs an operation. If it does, then it will be 12 weeks.”

Ndidi has been filling in at center back at the start of the season while Leicester was without the suspended Jonny Evans and the injured Wes Morgan.

Leicester struggled without Ndidi, a midfield anchorman and organizer, when he was out through injury for a spell last season.