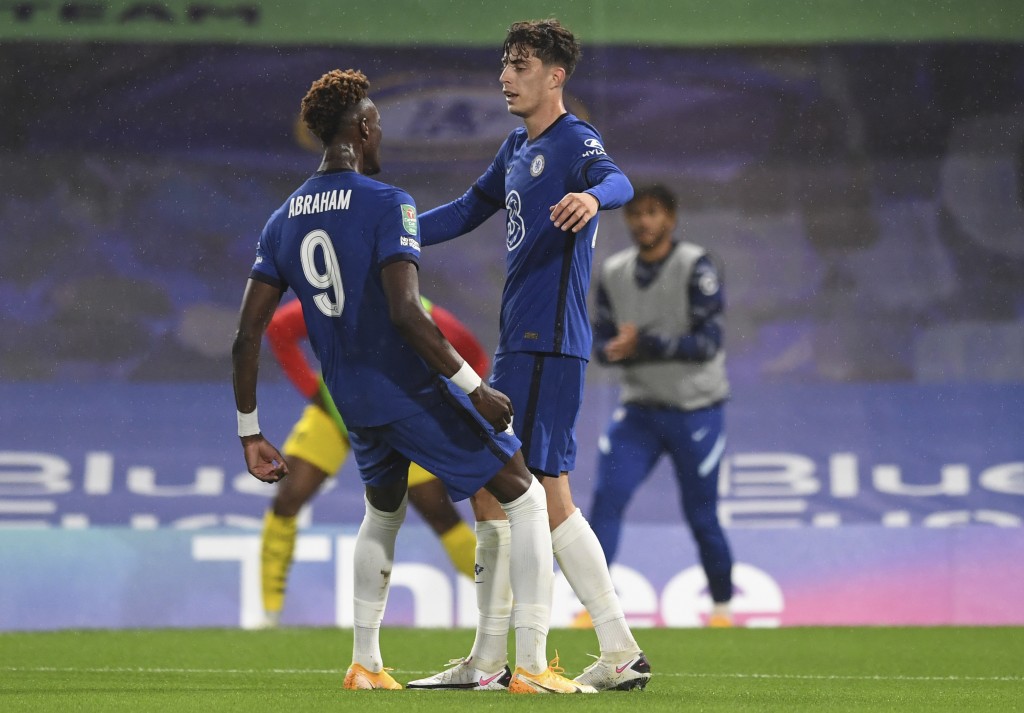 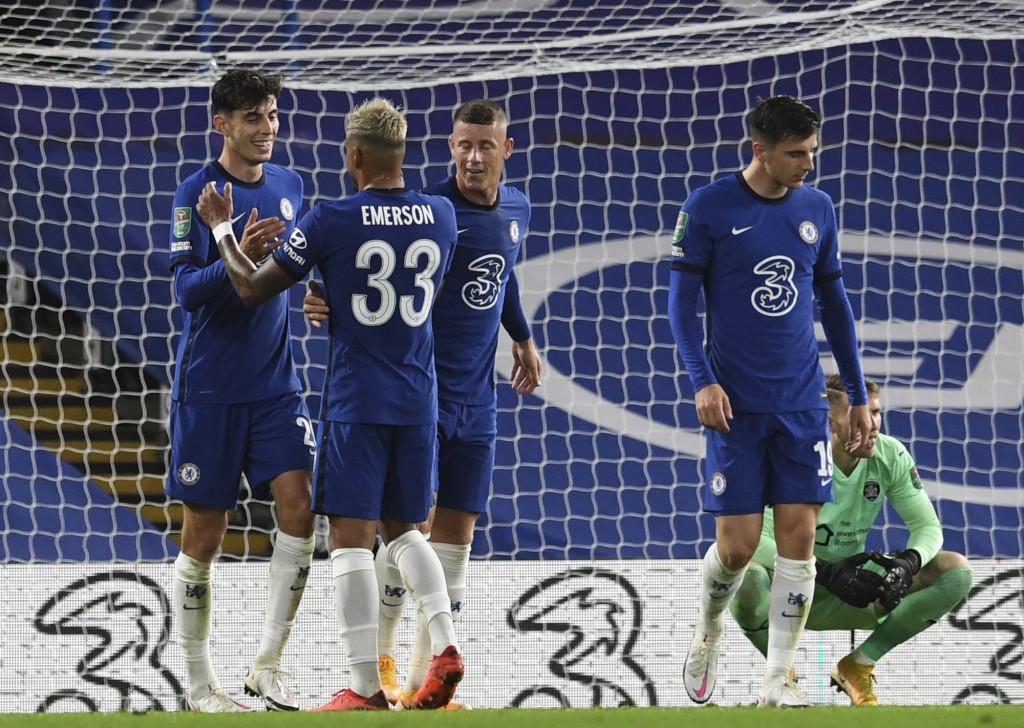 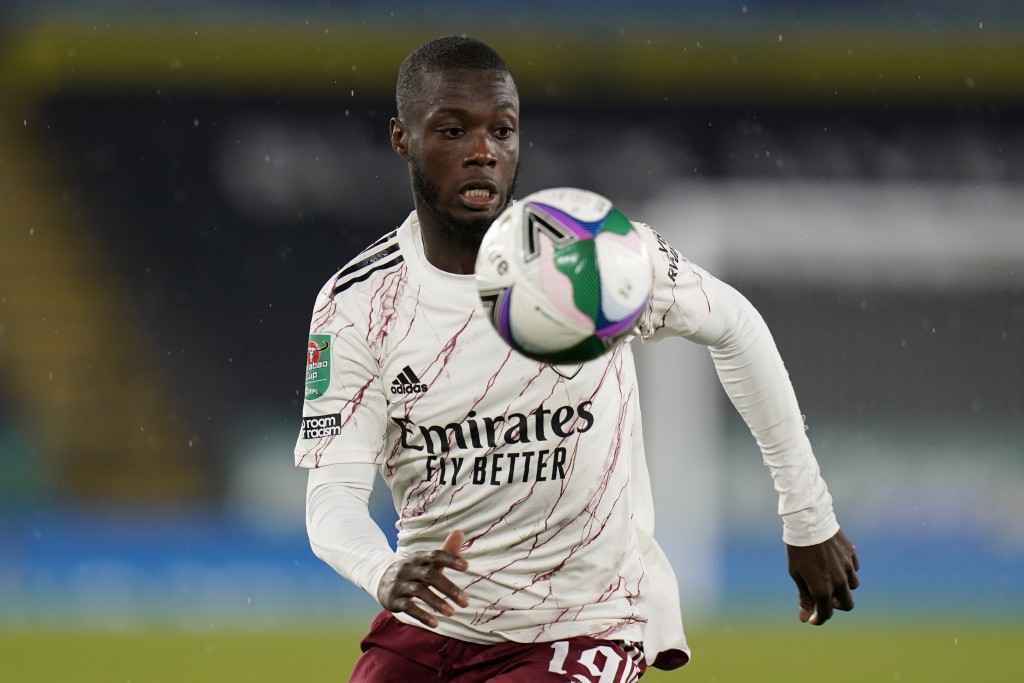 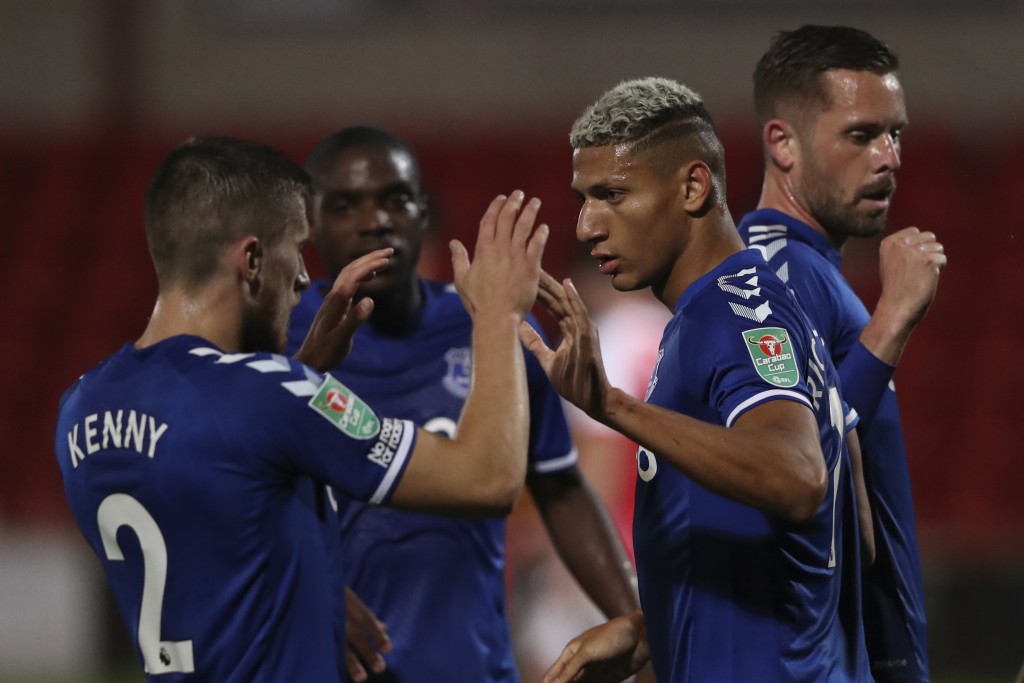 A hat trick for Kai Havertz. A debut for Thiago Silva.

Things are slowly falling into place for Chelsea after its offseason spending spree.

After two underwhelming appearances in the Premier League, Havertz — signed for $92 million from German club Bayer Leverkusen — announced himself in English soccer by scoring three goals in Chelsea’s 6-0 win over second-tier Barnsley in the third round of the League Cup on Wednesday.

The 21-year-old Germany international played in his favored position behind the striker after being tried in various roles in the forward line so far by manager Frank Lampard. He looked more at home as a “No. 10” and his finishing was assured, albeit against modest opposition.

Thiago Silva, meanwhile, lasted 61 minutes before being withdrawn by Lampard as the Brazil center back looks to build up match sharpness before a league debut, which could come at West Bromwich Albion on Saturday.

Chelsea has spent more than $250 million on new players ahead of this season, with Timo Werner, Hakim Ziyech and Ben Chilwell also joining for big fees. Chilwell came on as a 66th-minute substitute against Barnsley for his debut, replacing Havertz, and set up the sixth goal scored by Olivier Giroud.

Arsenal won 2-0 at Leicester in an all-Premier League matchup thanks to an own-goal and a late strike by Eddie Nketiah, while Everton, Newcastle, Brighton, Burnley and Fulham enjoyed victories over lower-league opponents.

Newcastle routed fourth-tier Morecambe 7-0, with Joelinton scoring twice, while another Brazilian forward, Richarlison, netted two goals for Everton as Carlo Ancelotti’s side overwhelmed Fleetwood in a 5-2 away win.

Brighton, Burnley and Fulham all won 2-0, against Preston, Millwall and Sheffield Wednesday, respectively.

Manchester United was among the teams to advance on Tuesday.