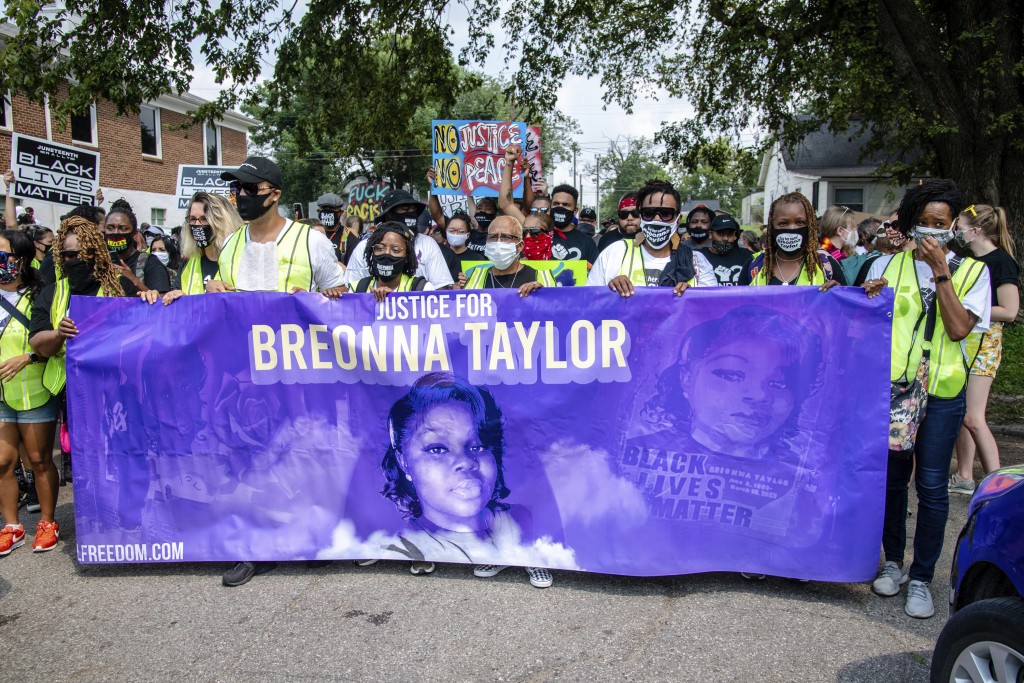 LOUISVILLE, Ky. (AP) — Here is a timeline of events that began with the death of Breonna Taylor, a Black woman whose killing by police in her home in Kentucky has encouraged a national reckoning on race:

— March 13, hours later: Police announce the arrest of Kenneth Walker in the wounding of an officer during an exchange of gunfire; Taylor is left unidentified at the news conference, described as “an unresponsive woman who was later pronounced dead.”

— March, April: The shooting stays out of the headlines as the COVID-19 pandemic spreads in the U.S.

— May 22: Prosecutors announce they will drop attempted murder charges against Walker, who shot at officers in his girlfriend's home.

— May 28: Walker's anguished 911 call is released, three days after the death of George Floyd at the hands of police in Minnesota, sparking large protests in Louisville.

— May 29: Mayor Greg Fischer suspends use of no-knock warrants by Louisville police.

— June 23: Officer Brett Hankison, one of 3 officers who fired shots the night of Taylor's death, is fired for “blindly” firing into Taylor’s apartment.

— July 14: Protesters are arrested for demonstrating on Cameron’s front lawn.