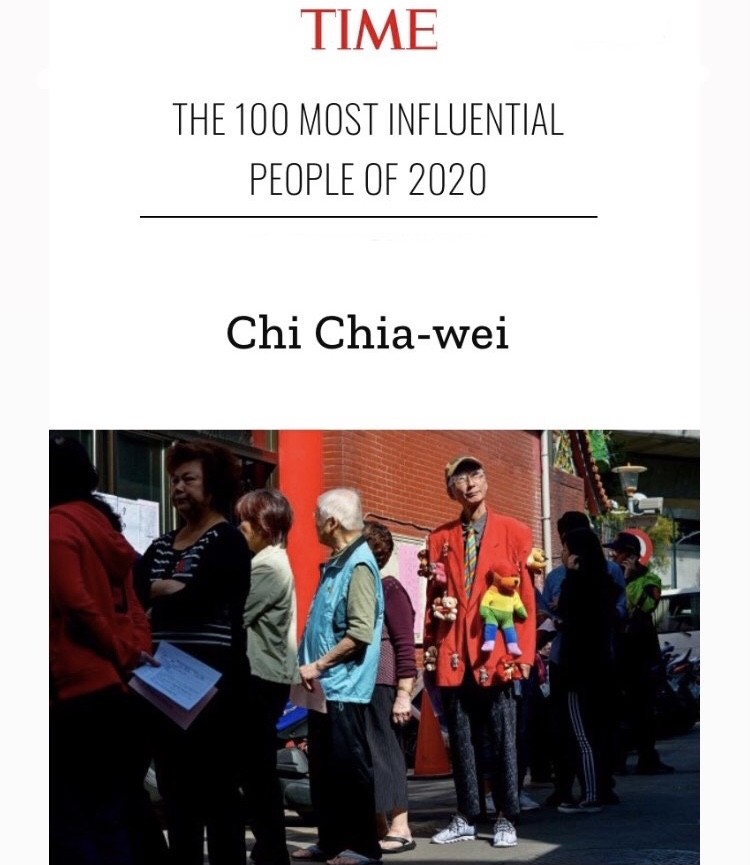 Chi, 62, said his initial reaction to the news that he had been chosen for this year's list, which was released on Wednesday (Sept. 23), was that it was fake. He later said it is an honor to be included along with President Tsai Ing-wen (蔡英文), who wrote a text to endorse Chi for the list.

“He began advocating for marriage equality decades ago, at a time when civic advocacy could serve as grounds for imprisonment in Taiwan,” wrote Tsai. “Through the years, Chi has stood tall against immense prejudice with his larger-than-life courage.”

Chi, who came out about his sexual orientation in 1986, began promoting gay rights and HIV/AIDS education. He repeatedly brought his own case to courts in pursuit of the right to marriage for the gay community.

In 2017, Taiwan’s Grand Justices ruled that the law governing marriage and partnerships contradicted the Constitution’s guarantee of personal freedoms and rights, and they demanded the law be amended. In May 2019, Taiwan became the first country in Asia to legalize same-sex marriage, and thousands of gay couples have since gotten married.

In addition to expressing his elation at being chosen, Chi called on the government to amend the law again so that Taiwanese will be allowed to marry foreigners whose countries of origin have not legalized same-sex marriage. The current law, formally known as the "Act for Implementation of Judicial Yuan Interpretation No. 748," only permits marriage between Taiwanese and foreigners whose countries have also approved same-sex marriage.

Tsai, who was also chosen for the TIME 100 list for her administration’s effective coronavirus response, congratulated Chi in a Facebook post. She called on Taiwanese to continue showing tolerance and warmth so that the world views Taiwan as a country that embraces diversity.