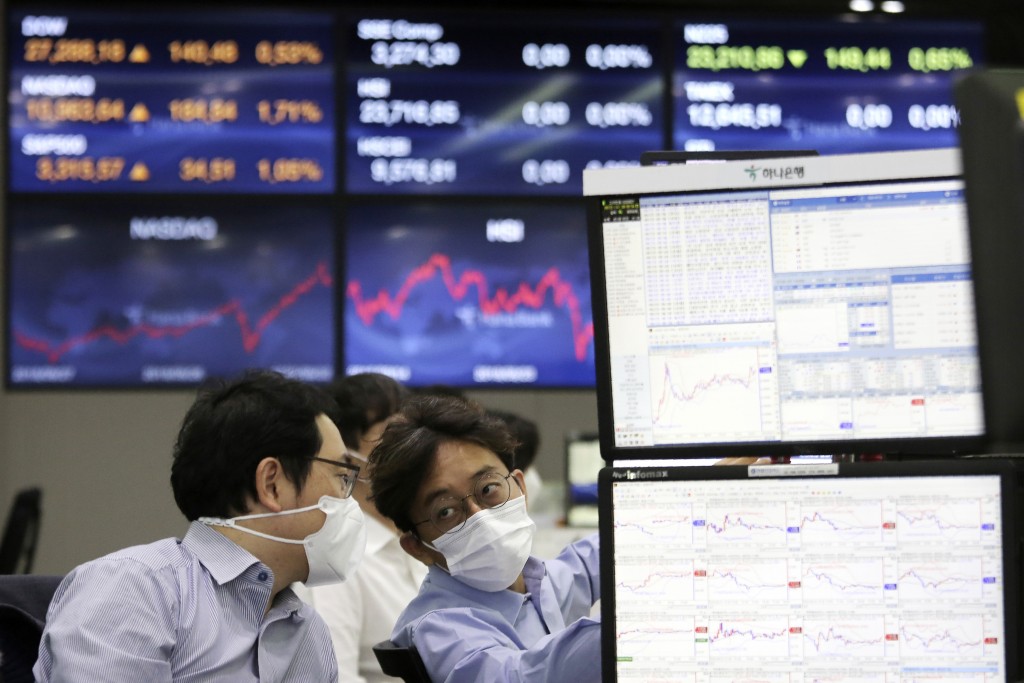 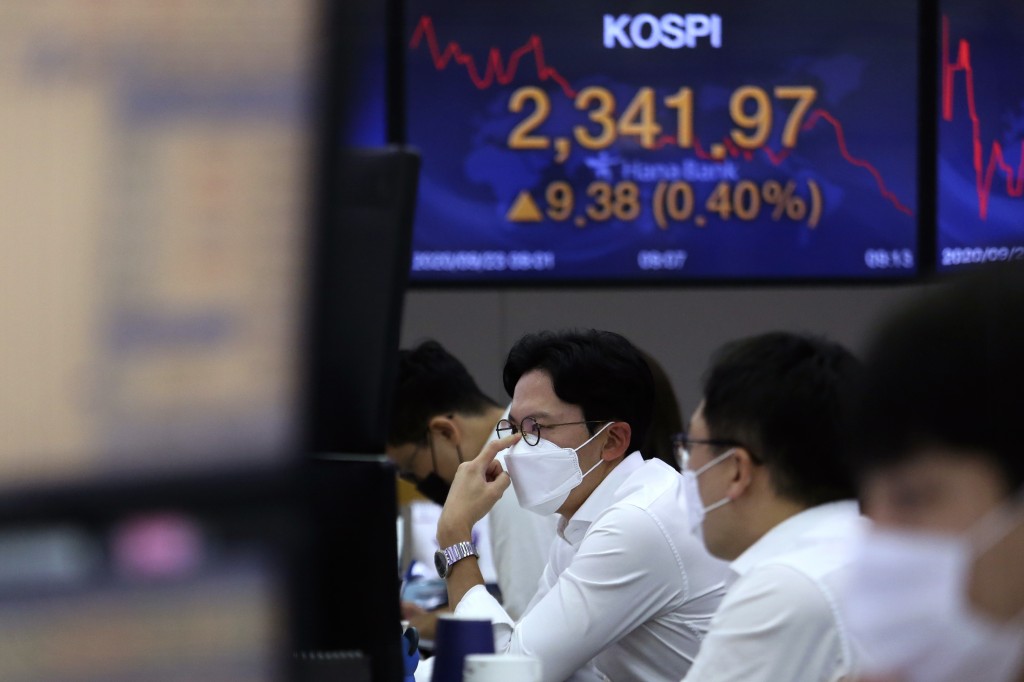 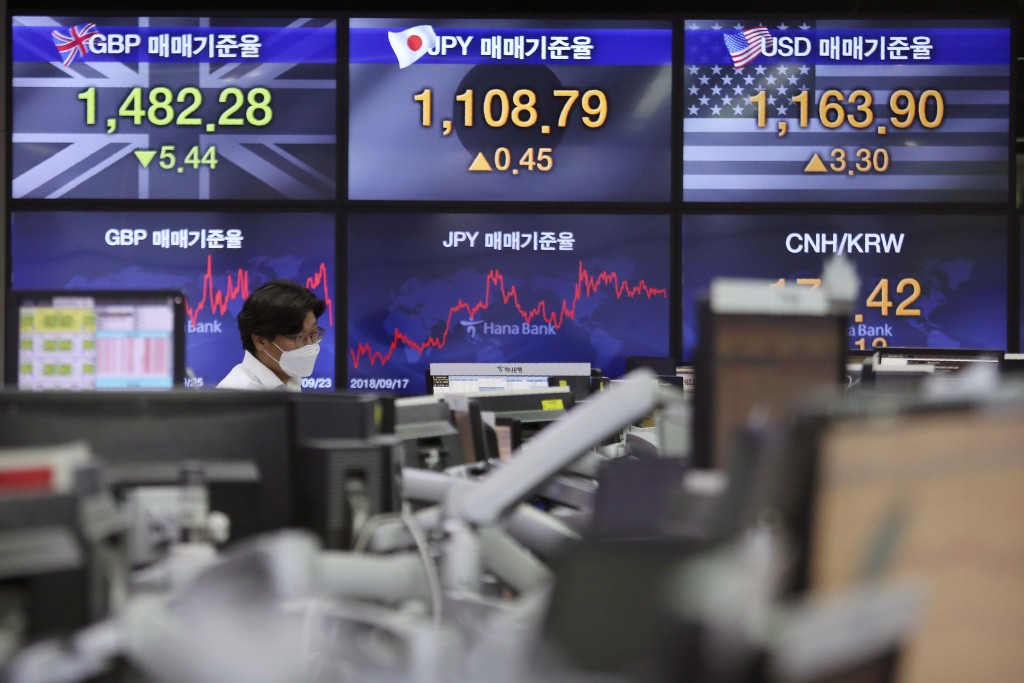 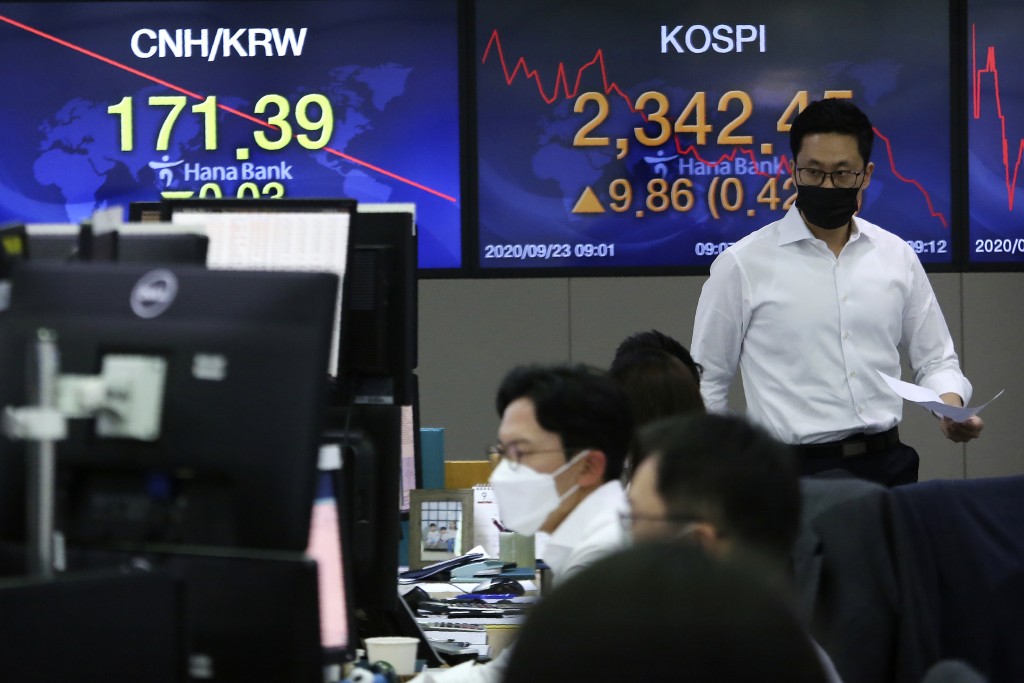 Markets were mixed in Asia on Wednesday as investors kept a wary eye on how the coronavirus pandemic will affect the economic outlook.

Stocks slipped in Japan and Hong Kong but rose in Seoul and Shanghai and jumped more than 2% in Sydney after the government reported retail sales have fared better than expected.

At a House of Representatives committee hearing Tuesday, Powell said the economy appears to be improving, but some areas appear to be slowing after extra weekly unemployment benefits and other stimulus that Congress approved in March expired.

“In fact, even as Fed Powell has sounded caution about the strength and steadiness of a recovery — contingent on ‘keeping the virus under control' — the wider Fed positioning is not one of unbridled pipeline stimulus. And this may limit follow-through rallies in asset markets," Mizuho Bank said in a commentary.

Australia's S&P/ASX 200 jumped 2.6% to 5,933.30 after the government said retail sales fell 4.2% from the month before in August, much less than the 11% forecast, Marcel Thieliant of Capital Economics said in a commentary.

That was despite a renewal of lockdowns to battle coronavirus outbreaks in Melbourne and its surrounding Victoria state.

“The resilience of sales in Victoria underlines that people’s behavior is a more important driver of consumption trends than government restrictions," Thieliant said.

Among other concerns for investors are rising tensions between the United States and China, which could lead to a Chinese retaliation against U.S tech companies.

Tensions flared Tuesday as President Donald Trump, in a very short virtual speech, urged the United Nations to hold Beijing “accountable” for failing to contain the virus that originated in the Chinese city of Wuhan and has killed over 200,000 Americans and nearly 1 million worldwide.

China’s ambassador rejected all accusations against Beijing as “totally baseless.”

Wall Street shrugged off an early slide Tuesday and the S&P 500 climbed 1.1% to 3,315.57, led by solid gains in technology and communications stocks, and companies that rely on consumer spending. Banks, health care and energy stocks closed lower.

The gains helped the market recover some ground lost a day earlier when stocks tumbled amid a raft of worries about the pandemic and how governments are responding to it.

Wall Street has lost momentum following months of powerful gains that brought fresh record highs. The benchmark S&P 500 index is down 5.3% so far this month, while the Nasdaq is off nearly 7%.

Treasury yields have dipped, and the 10-year yield was steady at 0.67%.