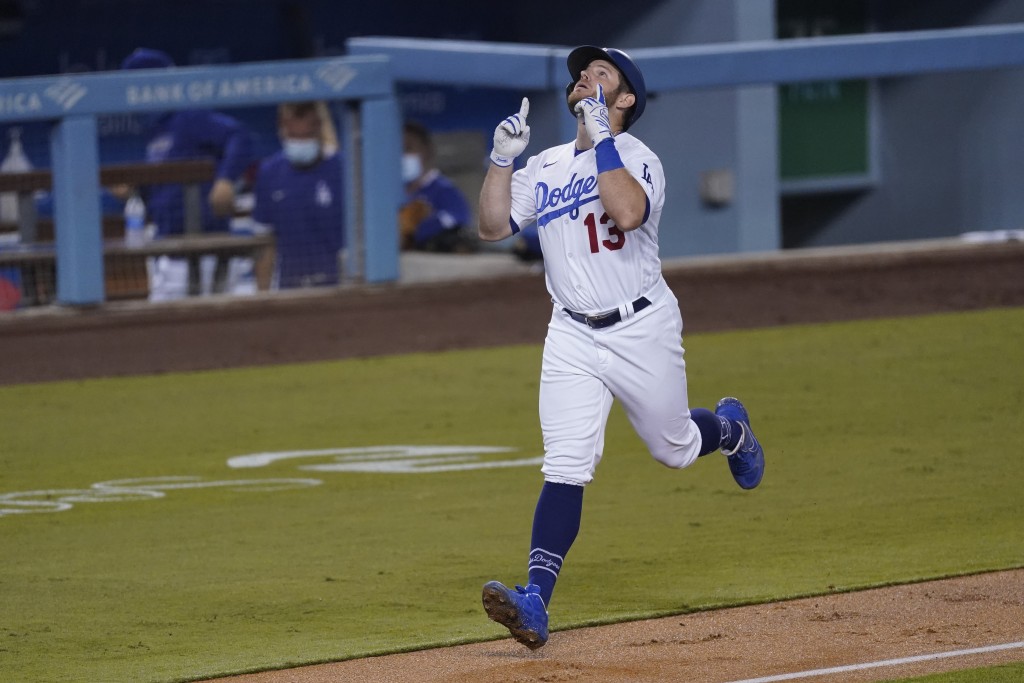 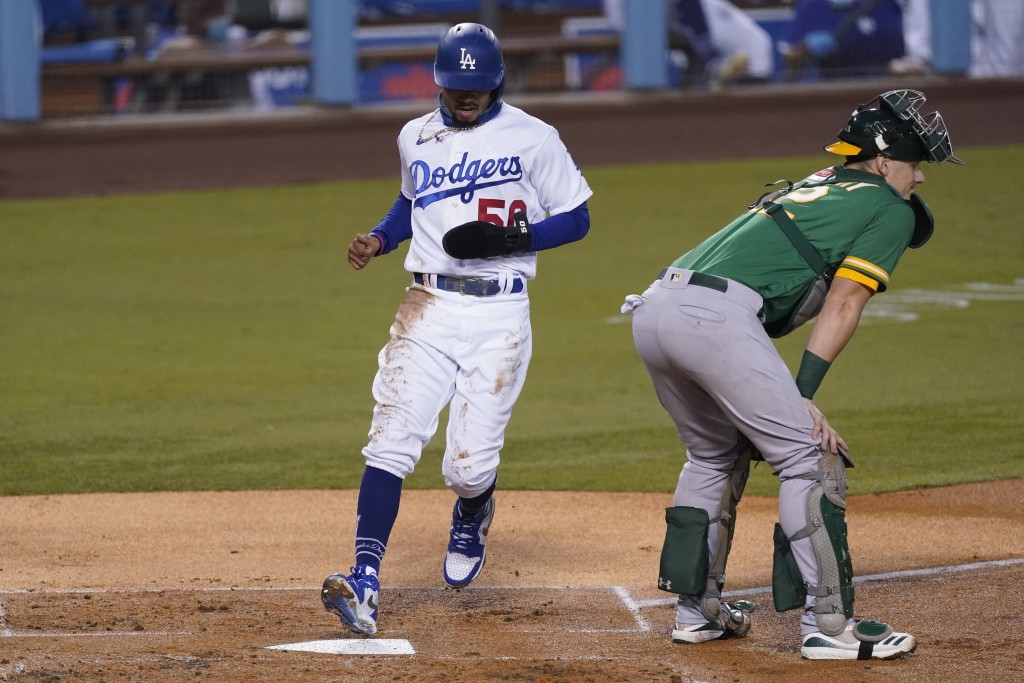 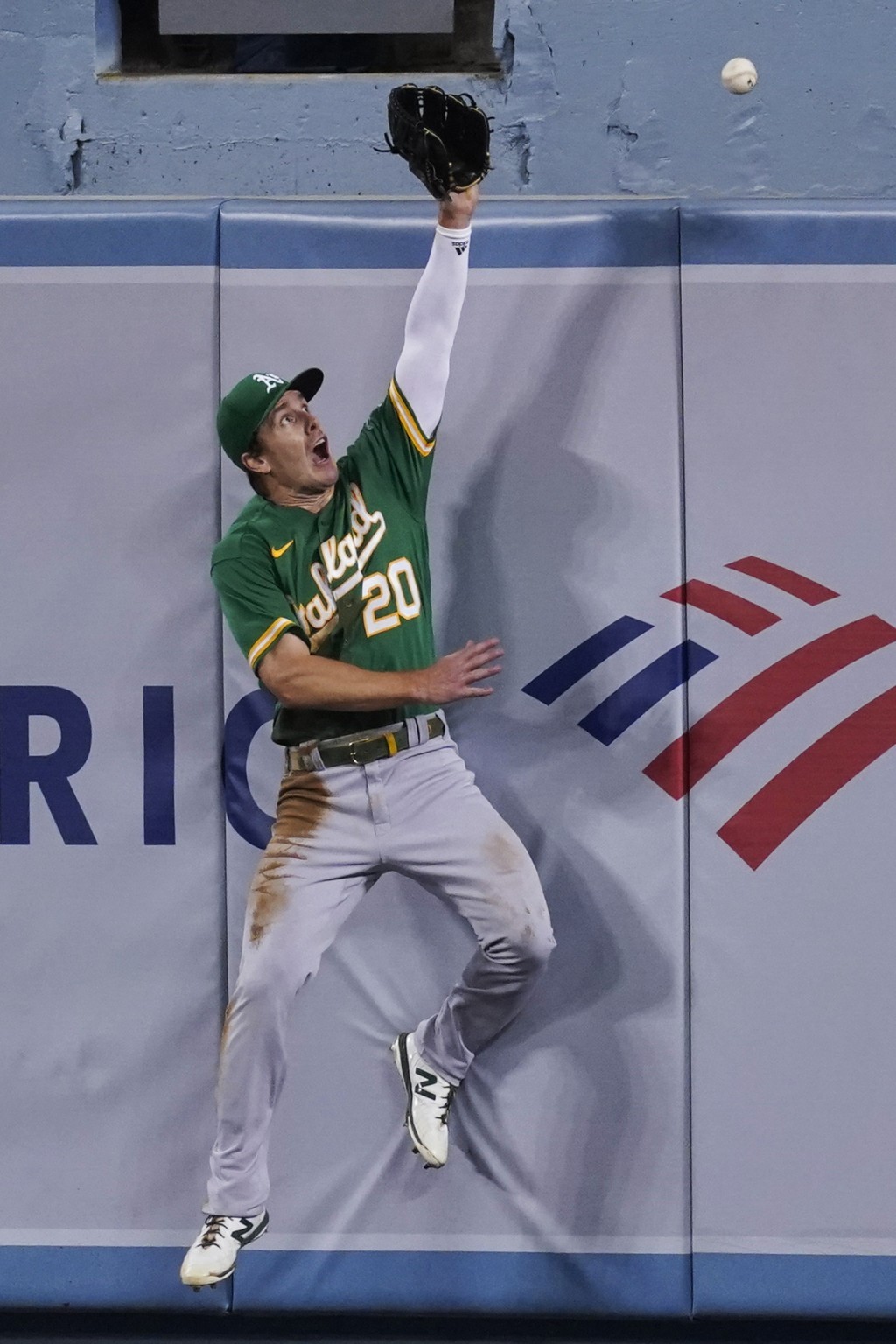 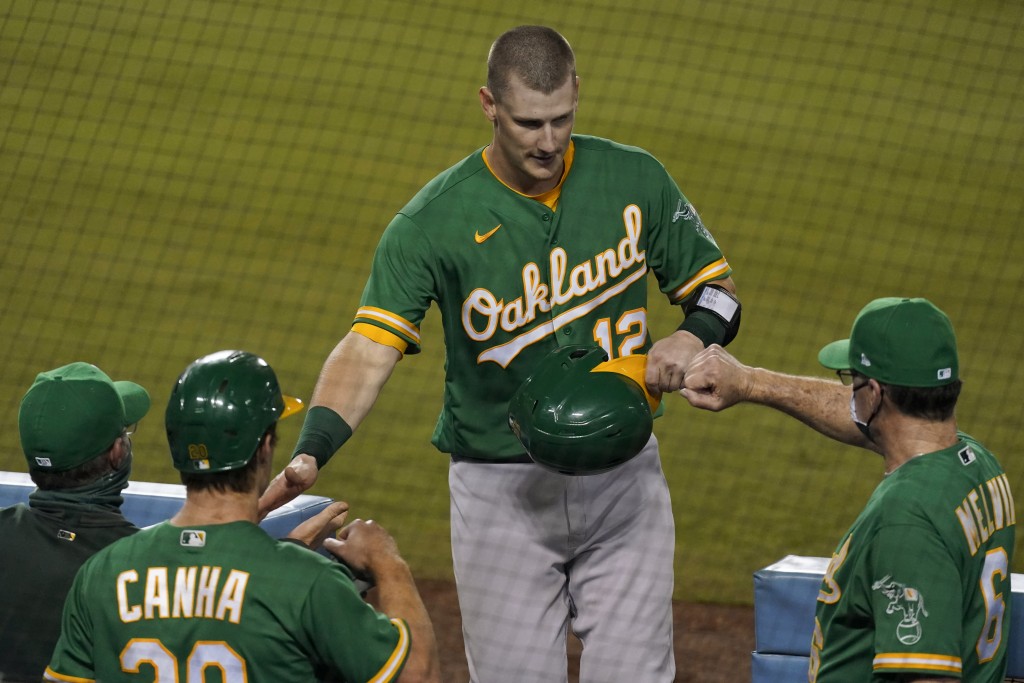 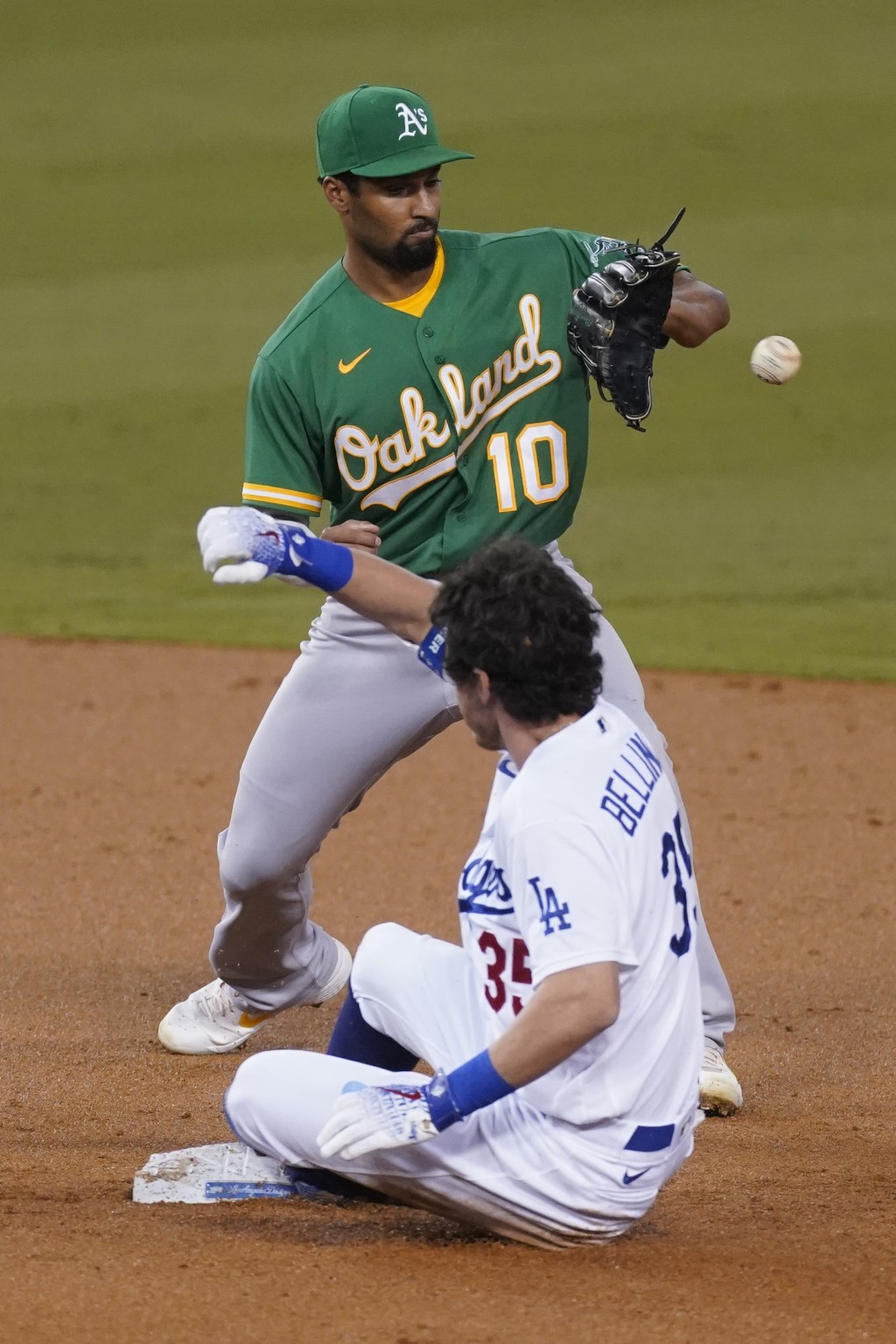 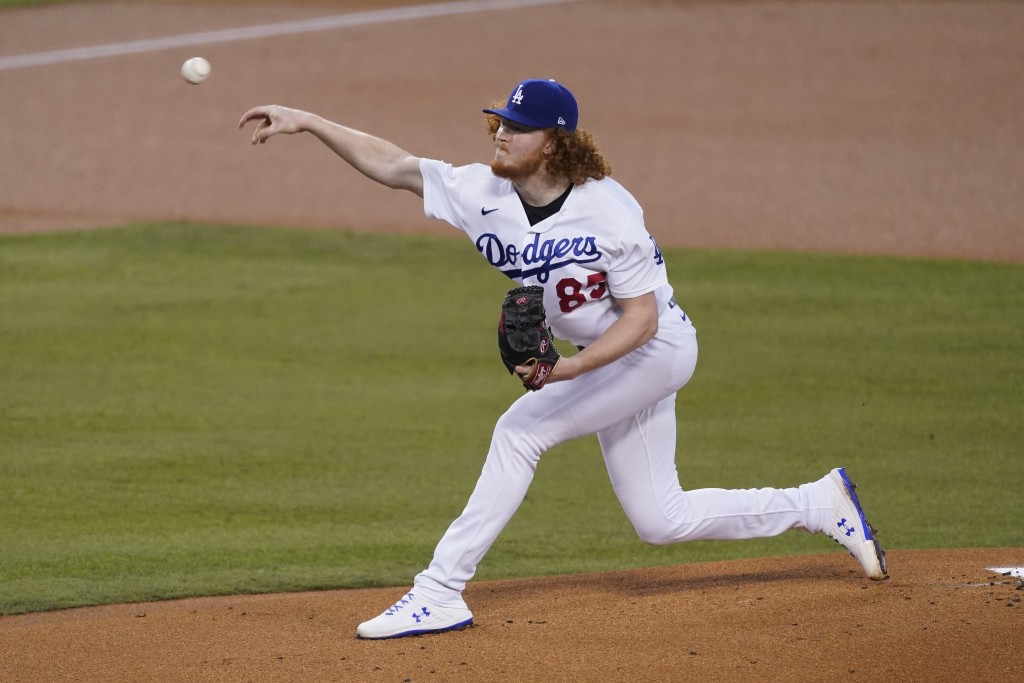 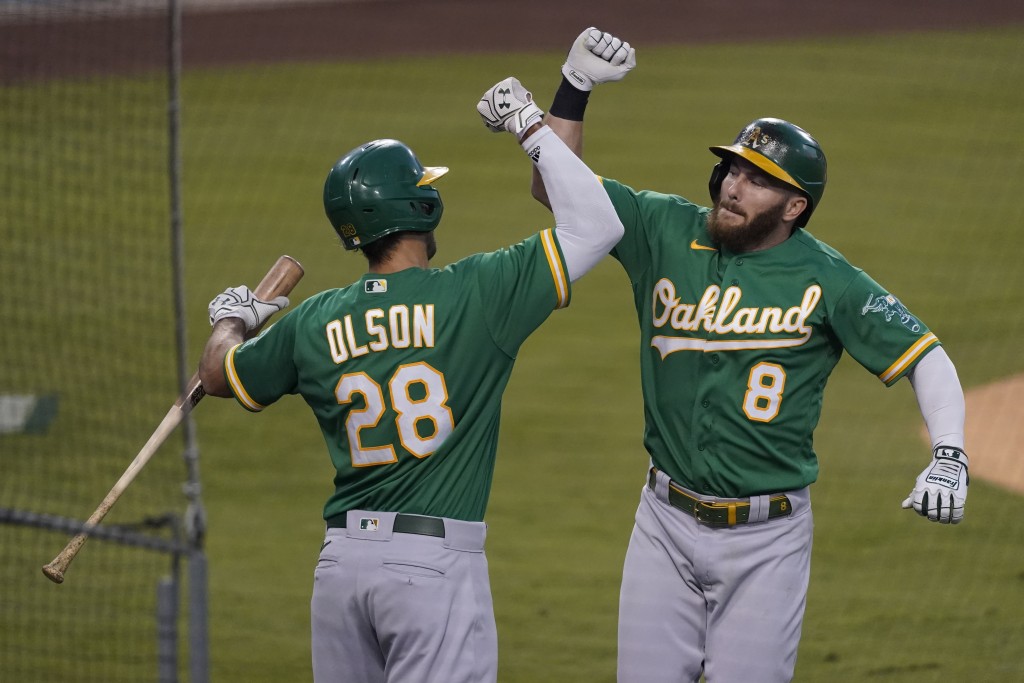 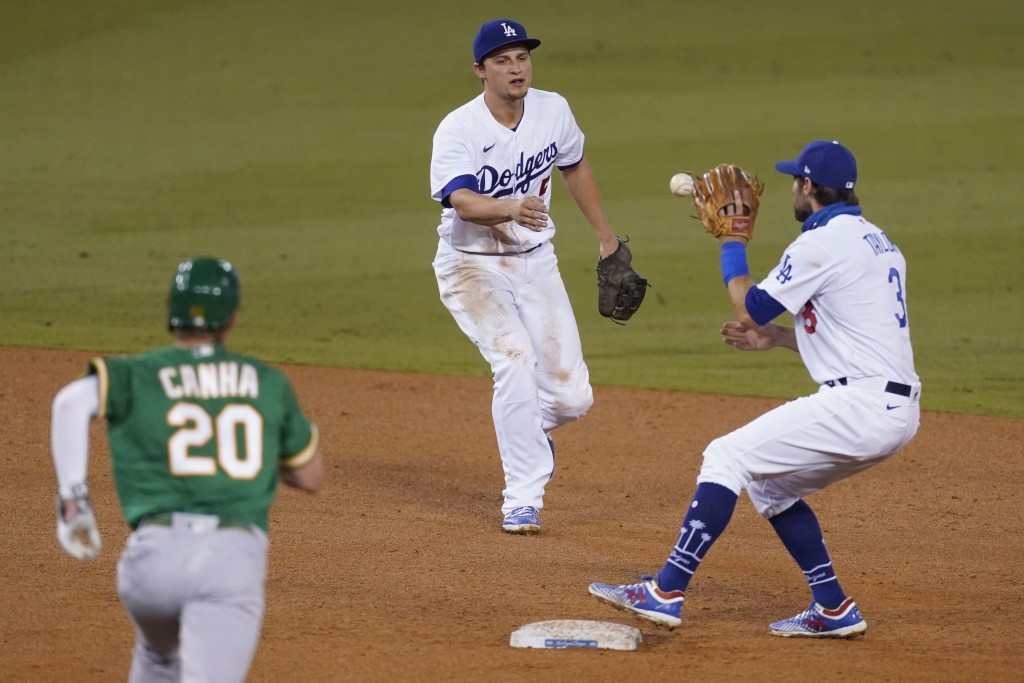 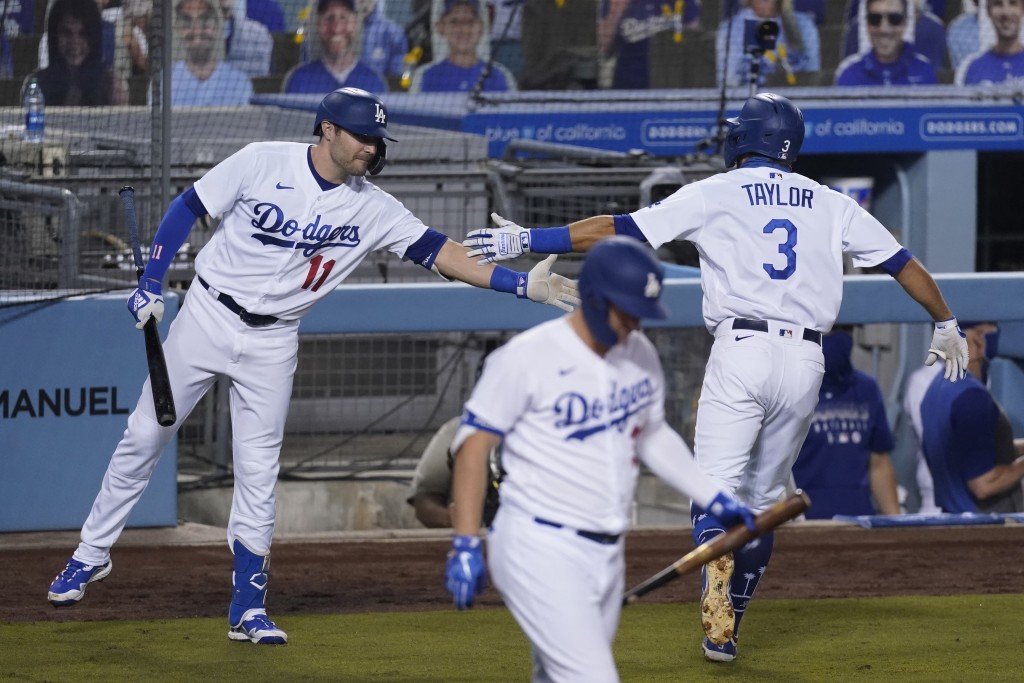 LOS ANGELES (AP) — Corey Seager had three hits, including one of Los Angeles' four home runs, as the Dodgers clinched the National League’s top postseason seed and eighth straight West title Tuesday night with a 7-2 victory over the Oakland Athletics.

The Dodgers, who own the best record in the majors at 39-16, were the first team in the majors to clinch a playoff berth on Sept. 16. They will open postseason play on Sept. 30 by hosting every game in a best-of-three series against the No. 8 seed.

Los Angeles came into the day with a magic number of two and got help with the Angels' 4-2 victory over the San Diego Padres.

Dustin May (2-1) went five innings and allowed two runs on three hits. The 22-year-old red-headed righty set a team record by not allowing more than three earned runs in his first 13 career starts, which include 10 this season.

Robbie Grossman homered for Oakland, which clinched its first AL West crown in seven years on Monday during a day off. The Athletics, in the postseason for the third straight year, currently are the AL's No. 3 seed.

Seager tied it at 1 in the first with an RBI single and then led off the fifth with a drive to center off T.J. McFarland to extend LA's lead to 6-2.

Muncy gave the Dodgers a 3-2 lead in the third inning with a two-run homer. Taylor and Pollock extended it with solo shots in the fourth off Oakland starter Frankie Montas (3-5).

Grossman quickly gave Oakland a 1-0 lead when he homerd off the left-field pole in the first inning. Sean Murphy briefly gave the Athletics a 2-1 advantage when he led off the third with a walk and scored on a wild pitch by May with two outs.

Montas, who allowed only four home runs in his first seven starts, has given up six in his past three. The right-hander went four innings and yielded five runs on seven hits with a walk and three strikeouts.

Cody Bellinger added two hits for the Dodgers, including an RBI single with the bases loaded in the seventh.

The A’s have a team text thread they used to celebrate clinching their first AL West title since 2013 during their off day Monday, when the Mariners beat Houston.

“We didn’t really celebrate too much yet. It’s exciting,” Chad Pinder said. “We wanted to do it on our own terms. We still won the division and that was our goal. It’s nice to know we’ll be playing home for the series.”

Athletics: INF/OF Pinder (strained right hamstring) planned to run at Dodger Stadium and test his leg with hopes of still playing before the conclusion of the regular season. “That’s the plan today, get out there and run and over course of the next couple days take grounders,” he said. “I’m extremely hopeful I’ll be able to play before the postseason. Just trying to be as optimistic as possible with it.” .... RHP Daniel Mengden has cleared waivers and been outrighted to Triple-A Las Vegas. He was designated for assignment after being medically cleared and reinstated from the COVID-19 injured list following a positive test from Aug. 28.

Dodgers: 3B Justin Turner was scratched from the lineup less than an hour before first pitch due to left hamstring discomfort He came off the injured list on Sept. 15 and has not played in the field since Aug. 28. ... Joc Pederson was in the lineup at DH after missing five games while on the family emergency medical list. Manager Dave Roberts said before the game that he wasn't sure if Pederson will remain with the team during the entire postseason.