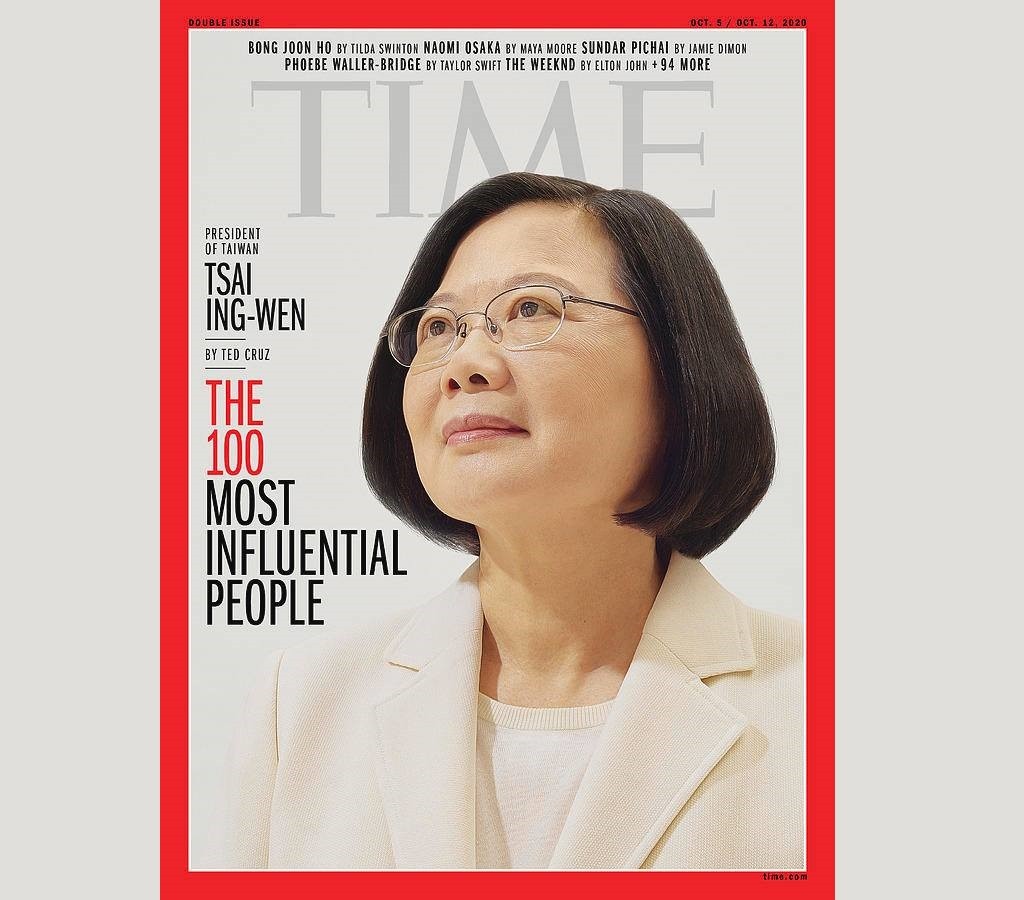 TAIPEI (Taiwan News) — President Tsai Ing-wen (蔡英文) has been selected for TIME’s 100 most influential people of 2020, primarily because of her administration’s effective measures to contain the coronavirus outbreak in Taiwan.

Tsai is among the 54 women listed by the magazine as having considerable influence in shaping the world. Other politicians included are U.S. President Donald Trump, Chinese leader Xi Jinping (習近平), German Chancellor Angela Merkel, Indian Prime Minister Narendra Modi, and Secretary-General of the World Health Organization (WHO) Tedros Adhanom Ghebreyesus, among others.

“While Taiwan stands a mere 100 miles from mainland China, under President Tsai’s leadership, it is neither adrift nor drawn in,” wrote Republican Senator Ted Cruz, who recommended Tsai for the annual list. “Taiwan has proved that the virus can be controlled — without emulating China’s drastic policies.”

“When China lured Taiwan’s allies into cutting off ties with the island nation, President Tsai was undeterred,” wrote Cruz. He described the president as “a signal lamp casting out China’s looming shadow, conveying to the world that Taiwan will not acquiesce to the Chinese Communist Party.”

Speaking on how it chose this year's 100 people, TIME praised Tsai's government for implementing one of the world’s most effective coronavirus responses. In addition, the magazine pointed out that despite Taiwan's geographical proximity to China, where the virus first broke out, it has recorded fewer than a dozen deaths.

Tsai said via social media that the recognition is an honor not only for her but for the entire nation, adding that it is “an achievement earned by the Taiwanese all together.” Taiwan has controlled the coronavirus, committed to maintaining regional stability, and proven to the international community that it lends a helping hand when needed, she stated.

Tsai also expressed congratulations to Chi Chia-wei (祁家威), another Taiwanese who is on the list for his long-term promotion of LGBT rights. She called on Taiwanese to continue showing tolerance and warmth so that the world sees Taiwan — the first in Asia to have legalized same-sex marriage — as a country that embraces diversity.

Chi's recommendation was provided by Tsai, who wrote that while fighting for equal rights over the decades, "Chi has stood tall against immense prejudice with his larger-than-life courage."