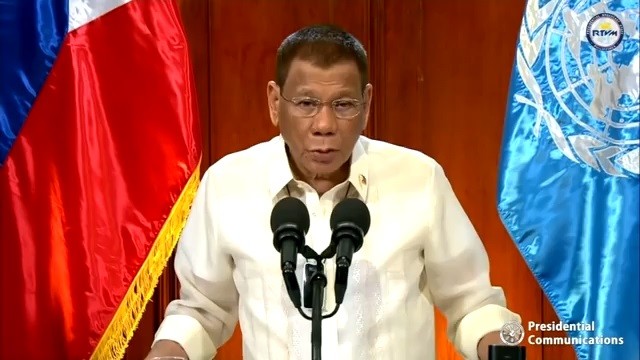 TAIPEI (Taiwan News) — Philippine President Rodrigo Duterte fully and unequivocally affirmed his country's legal victory against China over the South China Sea during a speech before the United Nations on Wednesday (Sept. 23).

In a speech recorded for the 75th session of the United Nations General Assembly and released early Wednesday morning, Taiwan time, Duterte made it clear that he stands by a 2016 ruling of the Permanent Court of Arbitration in The Hague which rejected China's claim to vast swaths of the South China Sea based on the nine-dash line. "The Philippines affirms the commitment in the South China Sea in accordance with UNCLOS [United Nations Convention on the Law of the Sea] and the 2016 arbitral award," proclaimed Duterte.

In a significant departure from previous comments in July of this year when he claimed he "cannot do anything" against China's possession of the South China Sea, Duterte took a much stronger, definitive stance in his UN speech: "The award is now part of international law, beyond compromise and beyond the reach of passing governments to dilute, diminish, or abandon."

In an apparent response to critics of his defeatest stance on the West Philippine Sea, Duterte said "We firmly reject attempts to undermine it." Amid a note verbale submitted to the UN by the U.K., France, and Germany that rejected China's claims to the body of water, Duterte said: "We welcome the increasing number of states that have come in support of the award and what it stands for."

As images of the leaders of East Asian countries gathered at the 31st ASEAN Summit and the 12th East Asia Summit flashed on the screen, Duterte lauded the ruling as an example of "The triumph of reason over rashness, of law over disorder, of amity over ambition." He then closed by saying, "This, as it should [be], is the majesty of the law." 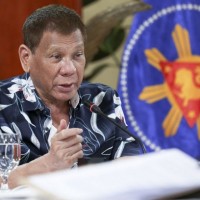 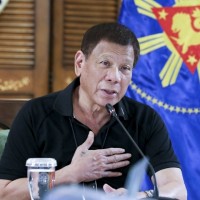