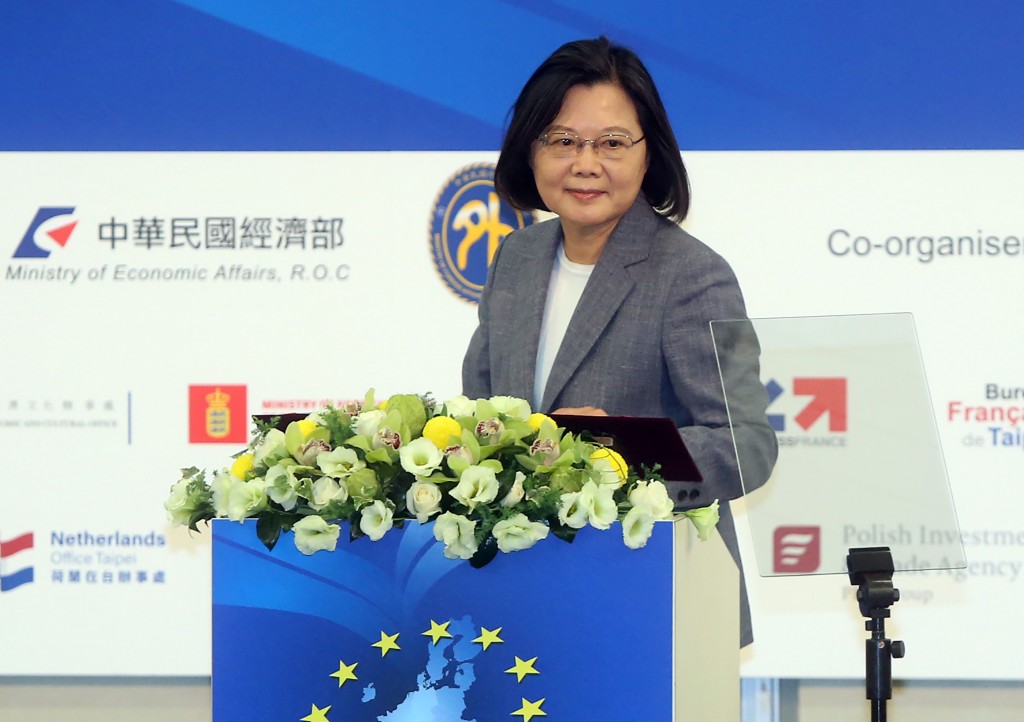 TAIPEI (Taiwan News) — U.S. news agency Bloomberg on Monday (Sept. 21) lauded Taiwanese President Tsai Ing-wen (蔡英文) as having had the best 2020 among the world's leaders but said this is offset to some extent by increasingly bellicose threats from China.

On Tuesday (Sept. 22), Bloomberg Asia published an article on Taiwan's increasing economic ties with the U.S. that said "It’s hard to find a world leader who’s had a better 2020 than Taiwan President Tsai Ing-wen." Writer Chris Horton pointed out that Tsai started the year with a landslide re-election victory, oversaw one of the best responses to the Wuhan coronavirus pandemic, and managed an economic recovery that led to Taiwan's stock market reaching new highs.

While most of the world registers negative growth for the year due to the pandemic, Taiwan's central bank last week revised the country's economic growth rate for 2020 to 1.6 percent. Compared with most other economies, Taiwan has emerged as an outlier with the lowest economic impact from the coronavirus in the world.

However, Horton pointed out that the most serious challenge Tsai faces today is China's threats to use force against the democratic nation. In response to last week's visit to Taiwan by U.S. Under Secretary of State for Economic Growth, Energy, and the Environment Keith Krach, China's state-run mouthpiece the Global Times on Sept. 19 warned Tsai that a violation of its Anti-Secession Law could lead to a war that would lead to her demise.

Specifically, the editors of Beijing's voicebox threatened that "If any act of her provacation [sic] violates the Anti-Secession Law of China, a war will be set off and Tsai will be wiped out." Meanwhile, multiple Chinese warplanes have intruded on Taiwan's air defense identification zone (ADIZ) in several sectors for the past five out of six days.

Horton pointed out that Taiwan's military strength is dwarfed by China's but added that an invasion across the treacherous Taiwan Strait is still a daunting task that could backfire on the communist regime. Although observers believe the U.S. would come to Taiwan's aid if China attacks, Tsai is hedging her bets by actively improving economic ties with the world's number one economy to further incentivize Washington to intervene.

The article then cited Presidential Office Spokeswoman Kolas Yotaka as saying “If we lessen our economic reliance on China, it won’t be able to politically blackmail us." She added that “By establishing closer economic ties with other countries, we’ll be able to uphold regional peace through shared prosperity."

Currently, Taiwan's trade portfolio is still heavily weighted toward China, with 42.3 percent of this year's exports going to its neighbor as of July and only 14.7 percent going to the U.S. However, the Tsai administration is trying to reverse this trend by encouraging Taiwanese companies to return and diversify its trading partners through the New Southbound Policy.

At the end of August, Taiwan announced the relaxation of the ban on U.S. beef and pork imports, which had been the largest sticking point during negotiations over a bilateral trade agreement. Trade between the two countries has picked up significantly this year, with Taiwan rising from the 11th largest trading partner of the U.S. to 9th, surpassing U.S. trade volume with India and Brazil.

Voice:Taiwan leader Tsai Ing-wen, who pledged deeper ties with the US at a dinner for a visiting senior State Department official,is clearly playing with fire. If any act of her provacation violates the Anti-Secession Law of China, a war will be set off and Tsai will be wiped out pic.twitter.com/hPZl42dVb1