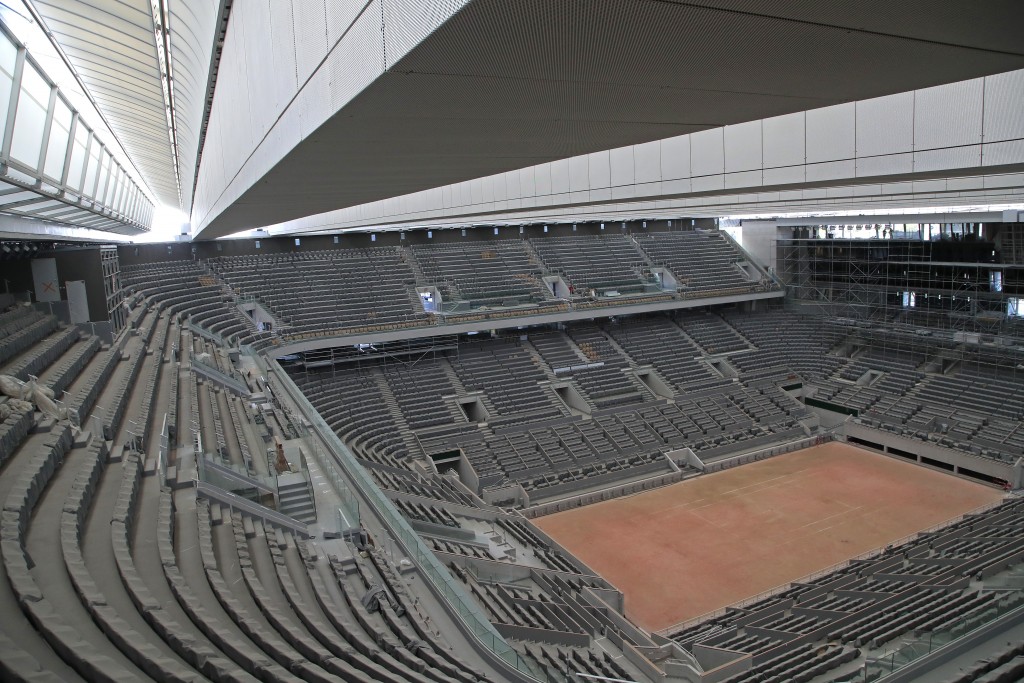 PARIS (AP) — A tennis coach who failed a coronavirus test for the French Open, forcing his player’s withdrawal from qualifying for the Grand Slam tournament, sharply criticized organizers on Tuesday for their handling of the case.

Damir Dzumhur, a former top-30 player from Bosnia now ranked 114th, traveled to Paris for this week’s qualifying tournament. But his coach, Petar Popovic, failed pre-tournament testing this past weekend. Dzumhur's test was negative but he was excluded from the draw because they had shared a room together, the coach told The Associated Press in a phone interview from his native Serbia.

Popovic said organizers informed him Saturday of the failed test. He said a tournament doctor told him his result was “borderline.” As a consequence, Dzumhur was kept out of the draw for qualifying as a contact case, he said. Qualifying play started Monday. Matches in the main draw for the 15-day clay-court tournament begin Sunday.

Popovic said he pleaded to be allowed to take a second test, convinced the result was wrong, in part because he already contracted the virus more than two months ago. He said he also doubted the result because he had a blood test one month ago that found COVID-19 anti-bodies, suggesting he has some degree of protection against infection.

“It was all so quick. Really. Without any discussion or anything,” he said. ”The world collapsed on me and, most of all, on Damir, too."

“We had no chance of proving our innocence and that they had made a scandalous mistake,” he said. “It's really inhuman."

Tournament organizers defended their health measures put in place with the government.

“They are our rules,” they said in a short statement.

French sports newspaper L'Equipe quoted French tennis federation doctor Bernard Montalvan as saying that samples which test positive are tested again to confirm the result, and so the coach “had been tested twice."

“If a coach sleeps in the same room as his player, he knows that if he tests positive, the player will be a contact case," Montalvan was quoted as saying. "That is why it's written in the protocol that it's not recommended to share a room.”

Popovic said they were aware of that recommendation.

After their exclusion, Dzumhur and Popovic returned to Serbia, where the coach got tested again on Monday, in his nose and throat. He was negative. He sent the AP a photo of the medical report which said the result was negative.

“I thought I would be relieved," he said. “In fact, it was the opposite. I felt hatred and frustration.”

Popovic said tournaments should provide follow-up tests on a different sample in such cases.

“If he had been called Rafael Nadal, for certain they would have taken a second sample, even a third, to be sure that it wasn’t a false result,” he said. “I want it to be a bit more human."

Popovic said he has had 20-25 tests over the past 35 days, including one in Paris last Thursday. They were all negative before the failed test Saturday, he said.

Popovic said Dzumhur, who has been ranked as high as 23rd, “trained like crazy for five months” to be ready for the French Open and the U.S. Open earlier this month, where he lost in the first round to Novak Djokovic.