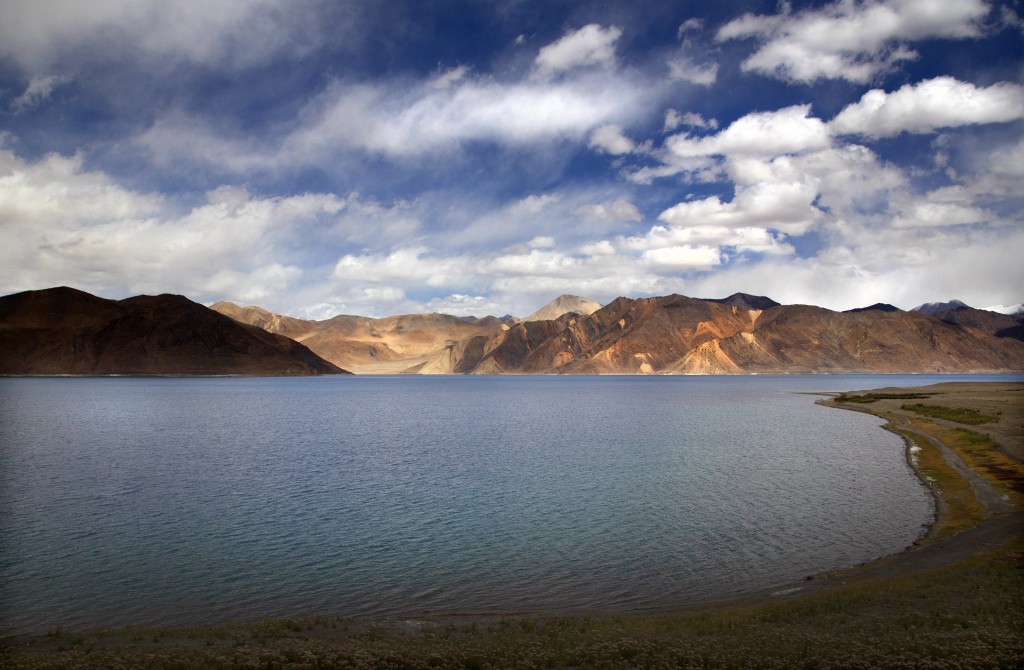 SRINAGAR, India (AP) — Senior Indian and Chinese military commanders have agreed to stop the further buildup of troops along their fast-militarizing disputed border in the mountainous Ladakh region where the two Asian giants have for months been locked in a bitter standoff, the Indian military said late Tuesday.

In a statement, India’s defense ministry said the two sides have also agreed to “strengthen communication on the ground” and “avoid misunderstandings and misjudgments” along the contested, long border known as the Line of Actual Control. However, it did not mention any breakthrough during the talks about the troops’ disengagement.

The standoff in the cold desert of Ladakh began in May and escalated in June to the deadliest violence between the two sides in decades — a clash on a high ridge in which soldiers used clubs, stones and their fists. Twenty Indian soldiers were killed and dozens of others were injured. China is believed to have also suffered casualties but did not provide any details.

The rival countries have amassed tens of thousands of soldiers, backed by artilleries, tanks and fighter jets in the Ladakh area following the deadly standoff.

After that clash, the two countries partially disengaged from the site in Ladakh’s Galwan Valley and at least two other places, but the crisis has continued in at least three other areas, including the glacial Pangong Lake.

In recent weeks, the world’s two most populous nations have accused each other of sending soldiers into each other’s territory in the Pangong area and firing warning shots for the first time in 45 years, raising the specter of a full-scale military conflict.

Despite several rounds of talks by military, diplomatic and political officials, including negotiations between the two countries’ foreign and defense ministers in Moscow this month, the border tensions have persisted.

The commanders held discussions on Monday for about 14 hours, but no details were immediately disclosed.

On Tuesday night, India’s defense ministry, which called it a “joint” statement by India and China, said the two sides have agreed to “stop sending more troops to the frontline.” It said the two countries will hold a seventh round of military commander-level talks “as soon as possible” and “jointly safeguard peace and tranquility in the border area.”

The statement said the commanders agreed to “earnestly implement the important consensus reached by the leaders of the two countries.”

Monday’s military-level talks came less than two weeks after the two nations’ foreign ministers met on Sept. 10 and agreed that their troops should disengage from the tense border standoff, maintain proper distance and ease tensions.

The foreign ministers did not set a timeline for disengagement, nor did Tuesday’s statement mention one.

Military experts have repeatedly warned that any mistake or miscalculation from either side can have disastrous consequences beyond the cold desert region of Ladakh.

Both India and China have provided little information, but media in the two countries have extensively covered the escalating tension, which has dramatically changed their bilateral relations.

Relations between the two countries have often been strained, partly due to their undemarcated border. They fought a border war in 1962 that spilled into Ladakh and ended in an uneasy truce. Since then, troops have guarded the undefined border while occasionally brawling. The two countries have agreed not to attack each other with firearms.

The fiercely contested control line separates Chinese- and Indian-held territories from Ladakh in the west to India’s eastern state of Arunachal Pradesh, which China claims in its entirety. It is broken in parts where the Himalayan nations of Nepal and Bhutan border China.

According to India, the de facto border is 3,488 kilometers (2,167 miles) long, while China says it is considerably shorter. As its name suggests, it divides the areas of physical control rather than territorial claims.