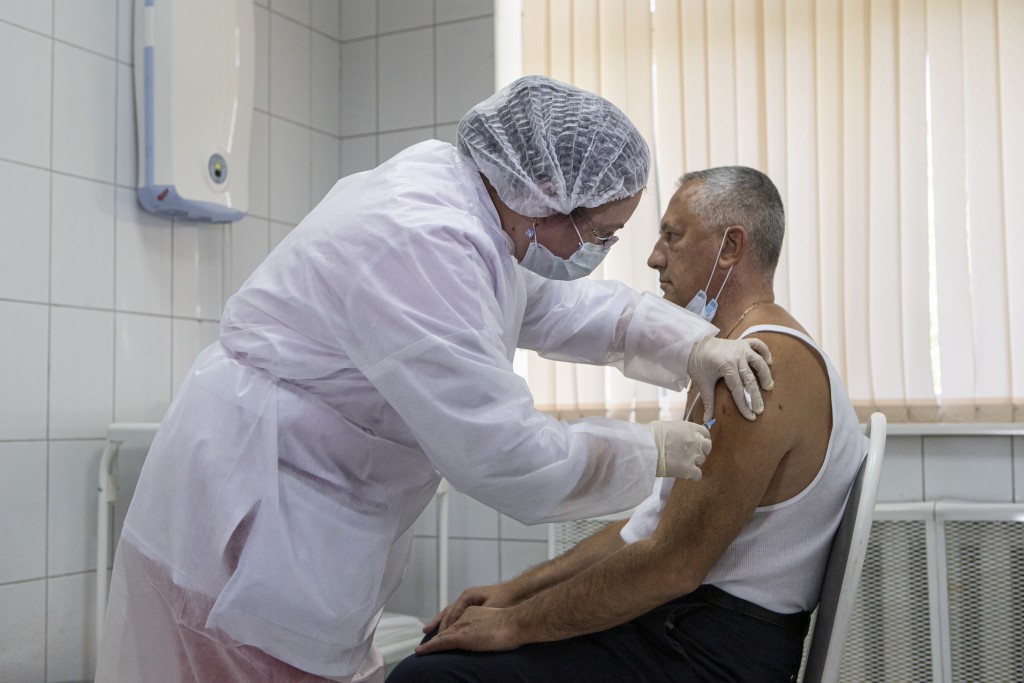 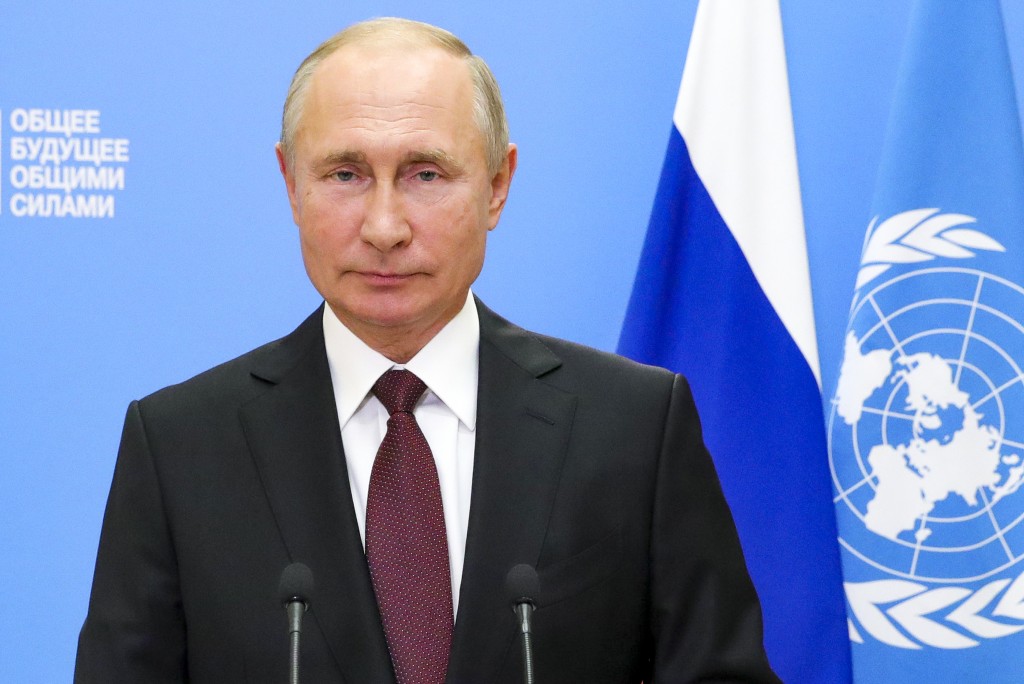 MOSCOW (AP) — What do you do when Vladimir Putin offers you Russia’s new coronavirus vaccine, for free?

United Nations staff in New York and around the world are now facing that choice, after the Russian president offered Tuesday to provide them the Sputnik-V vaccine in a speech to this year’s General Assembly marking the body’s 75th birthday.

Only results from small early studies on Russian vaccine have been published, raising concerns among some scientists that the vaccine isn’t ready yet for widespread use -- and prompting worldwide memes about potential bizarre side effects.

“Any one of us could face this dangerous virus. The virus has not spared the staff of the United Nations, its headquarters and regional entities,” Putin said in a prerecorded speech from Moscow. The coronavirus pandemic means this year’s General Assembly is a work-from-home production, for the first time in its history.

“Russia is ready to offer U.N. workers the necessary, qualified help, and in particular we propose to supply our vaccine for free to employees of the organization and its subsidiaries who volunteer for vaccination,” said Putin, who announced the vaccine to broad fanfare last month and said his own daughter is among those who have taken it.

He described Tuesday's offer as a response to popular demand: “Some colleagues from the U.N. have asked about this, and we will not remain indifferent to them.”

U.N. staff didn’t immediately speak out on whether they’d take him up on the offer. At the U.N.’s medical agency in Geneva, the World Health Organization, spokeswoman Dr. Margaret Harris declined to comment.

In a report published in the journal Lancet, developers of the Russian vaccine said it appeared to be safe and to prompt an antibody response in all 40 people tested in the second phase of the study within three weeks. However, the authors noted that participants were only followed for 42 days, the study sample was small and there was no placebo or control vaccine used.

By contrast, other vaccines that have also shown promise in early tests are now being studied more widely, in tens of thousands of people in several countries, to understand if they can protect people from infections - and whether they have side effects that can only be found through large trials.

On Monday, Russian media reported that the WHO’s regional director for Europe, Hans Kluge, praised the vaccine after a meeting with Russia’s Health Minister Mikhail Murashko in Moscow. The state Tass news agency quoted Kluge as saying that “the WHO appreciates Russia’s efforts in developing a vaccine against the coronavirus, Sputnik V” and calling it “safe and effective.”

Russian officials have defended the vaccine on the world stage, as pharmaceutical companies around the world race to market an effective vaccine on a mass scale, and governments race to ensure access to a vaccine for their populations.