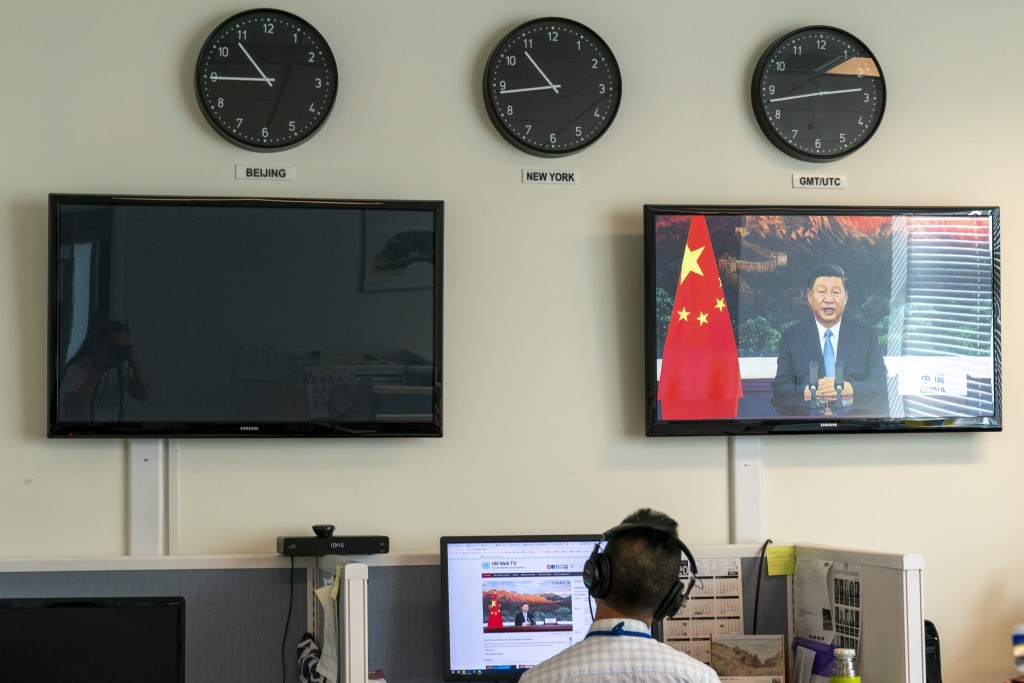 Xi's announcement during a speech Tuesday to the U.N. General Assembly is a significant step for the world's biggest emitter of greenhouse gases and was immediately cheered by climate campaigners.

Calling for a “green revolution,” Xi said the coronavirus pandemic had shown the need to preserve the environment.

“Humankind can no longer afford to ignore the repeated warnings of nature,” he said.

Citing the Paris Agreement that he and former U.S. President Barack Obama helped forge in 2015, Xi said his country would raise its emissions reduction targets with “vigorous policies and measures.”

“We aim to have CO2 emissions peak before 2030 and achieve carbon neutrality before 2060,” he said.

Many countries have pledged they will aim to go carbon neutral by 2050, including the European Union.

The United States has so far not set such a goal. President Donald Trump, who once describing climate change as a hoax invented by China, has started the process of pulling the U.S. out of the Paris accord.