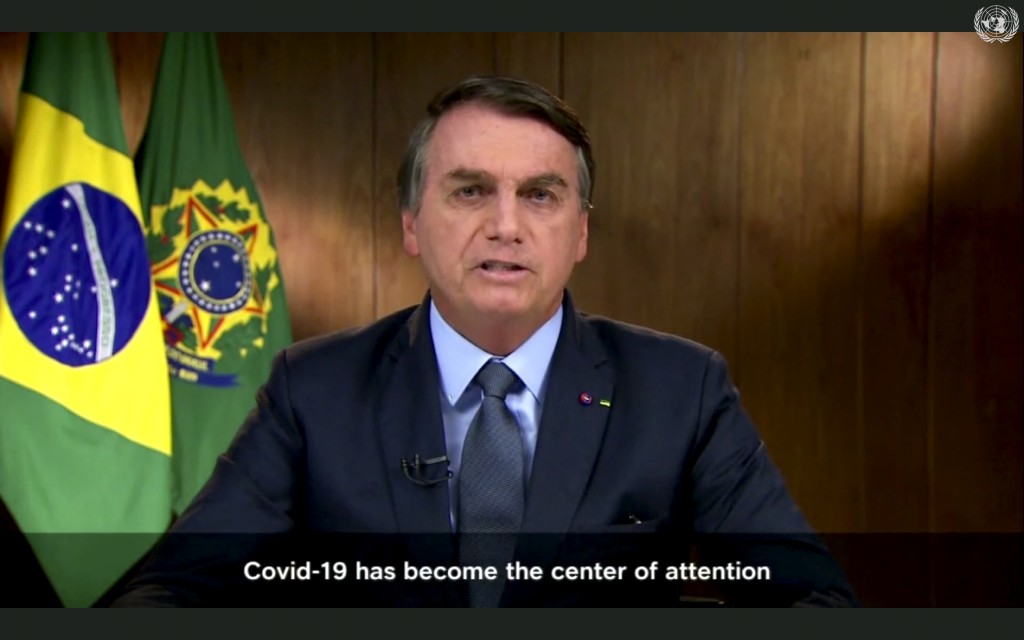 Speaking first in the General Debate of the U.N.'s General Assembly, as is tradition for the Brazilian leader, Bolsonaro said that the South American nation’s agribusiness sector has succeeded in boosting agricultural exports to feed a growing global population, which has made it a target.

“We are victims of one of the most brutal disinformation campaigns about the Amazon and the Pantanal wetlands,” Bolsonaro said. "The Brazilian Amazon is well-known to be very rich. That explains why international institutions support such campaigns based on ulterior interests, joined by self-serving and unpatriotic Brazilian associations, with the objective of harming the government and Brazil itself.”

Bolsonaro came to office in 2019 promising to open more of the Amazon to development, such as farming and mining. International concern, particularly after last year's fires, has led investors to try to distance themselves from rising deforestation and pressure Bolsonaro's government to take more action against it.

In Bolsonaro’s debut appearance at the assembly in 2019, he struck a defiant tone, railing against the media and the scourge of socialism. He declared Brazilian sovereignty over the Amazon and denounced what he termed “radical environmentalism.″

“It is the same as last year: a mix of denial of reality and self-praise for promoting an environmental policy that does not exist,” said Rubens Ricupero, a Brazilian who was secretary-general of the U.N. Conference on Trade and Development for nearly a decade.

In May, Bolsonaro put the army in charge of protecting the rainforest and, two months later, banned setting agricultural and forest fires for 120 days as the country entered the dry season.

Deforestation in Brazil’s Amazon region may have reached a 14-year high in the 12 months through July, according to preliminary data published last month by the country’s space agency. Final data will be released in coming months.

Fires also spiraled out of control in Brazil’s Pantanal, the world’s largest tropical wetlands, with the number of blazes surpassing 16,000 so far in 2020 — considerably more than any full year on record, since 1998.

Bolsonaro also defended his government’s response to the COVID-19 pandemic in front of the U.N., highlighting the distribution of emergency cash for 65 million low-income Brazilians and financial support for small and micro businesses to keep them afloat amid a crushing economic downturn.

“Part of the Brazilian press also politicized the virus, disseminating panic among the population under the motto ‘Stay at home and we’ll see about the economy after,’ and almost brought social chaos to the country,” Bolsonaro said. “Our government, in a bold way, implemented various economic measures that avoided the greater evil.”

Since the onset of the pandemic, Bolsonaro downplayed the severity of the coronavirus, calling it “a little flu.” Even as he himself tested positive for the virus this summer and had to quarantine, he has at times adopted fatalism, saying there’s no way to prevent 70% of the population from contracting the illness, and repeatedly said that shutting down the economy would inflict worse hardship upon the population.

Brazil has confirmed 4.6 million coronavirus cases, the third most in the world, according to the tally compiled by Johns Hopkins University. Its death toll of 137,000 trails only the U.S.