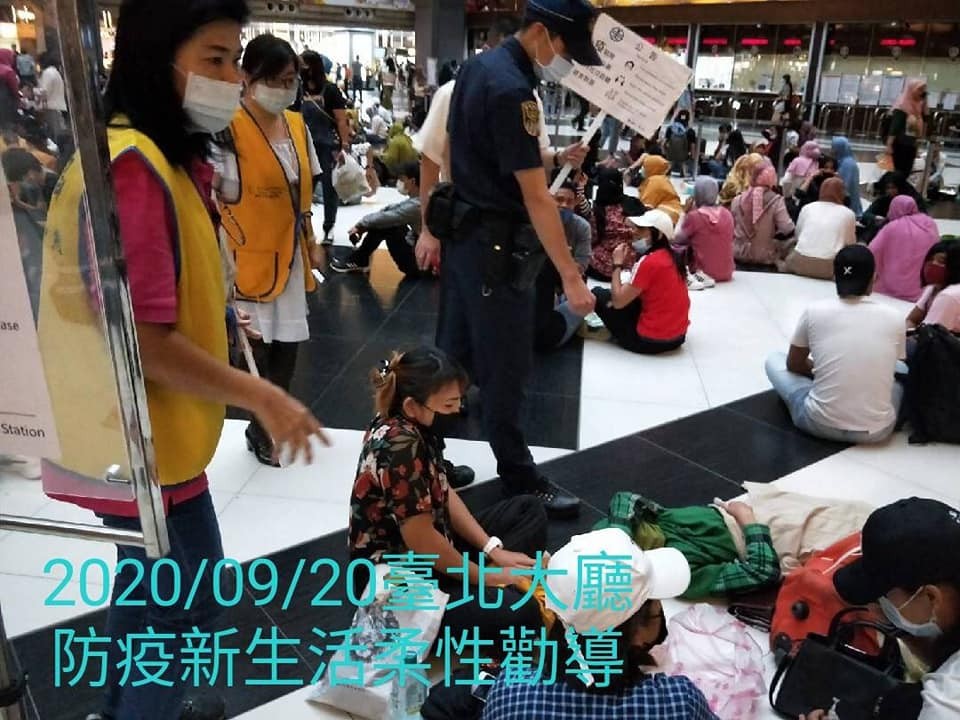 On Sunday, the senior Taipei Main Station official on duty and volunteers checked the concourse intermittently to see if people were following epidemic prevention guidelines, according to the report.

In the afternoon, people were told to stop eating together in the concourse. Those who continued were asked to leave by station officials and railway police. By 4 p.m., no more groups were seen eating in the concourse.

The report quoted Taipei Main Station as saying it will continue to work with railway police to prevent the concourse from becoming a loophole in Taiwan's defense against COVID-19.