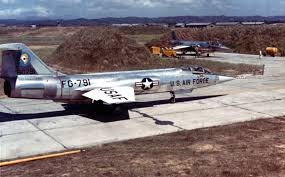 TAIPEI (Taiwan News) — In the latest issue of a journal published by the U.S. Army, one author makes the case for basing American troops in Taiwan once again.

In the September-October issue of Miltary Review, Captain Walker D. Mills of the U.S. Marine Corps asserts that the U.S. should consider basing soldiers in Taiwan to serve as a deterrent against an assault by People's Liberation Army (PLA) forces. Mills argues that this is necessary to avoid a miscalculation with China, as the balance of forces in the region are starting to tip in China's favor and the need to deter China from attacking would result in U.S. involvement.

Walker argues that China's intentions are difficult to predict and that the U.S. miscalculated in the case of the Korean War, when it believed the communist country would not get involved. He says that after the removal of U.S. bases from Taiwan in 1979 and the severing of the military alliance between the two countries, the 1979 Taiwan Relations Act made the nature of the bilateral relationship more ambiguous.

He points out that the act does not explicitly require the U.S. to defend Taiwan in the event of an attack and notes the sporadic nature of U.S. arms sales and transits by U.S. Navy ships. This ambiguity opens the door for a Chinese attack, he believes.

Walker argues that the U.S. should re-establish bases in Taiwan to draw a clear red line for China.

When it comes to the balance of forces, Walker states that China's armed forces, particularly its conventional ballistic missiles and burgeoning surface fleet, could potentially wipe out U.S. air bases and aircraft carriers. Increasingly, China is developing the capability to neutralize U.S. forces in the region, greatly raising the cost for any attempt by the U.S. military to reinforce Taiwan.

Walker writes that U.S. forces should be based in Taiwan to prevent any blitzkrieg or fait accompli on the part of China. Having American forces there would also make it evident that the U.S. "will defend Taiwan in the clearest terms."

He states that the U.S. should consider basing ground forces in Taiwan to show it is committed to defending Taiwan's sovereignty and shift the balance of power in East Asia back in favor of the U.S. He also suggestes that U.S. bases could serve as a reminder that an attack would "trigger a wider conflict not acceptable to China."

Walker addsthat the presence of U.S. soldiers would facilitate additional deployments should the need arise during a conflict. He closes by saying that if the U.S. is "serious about Taiwanese defense, then it needs forces in Taiwan" and that without them, it becomes increasingly likely that China will absorb Taiwan by way of force.