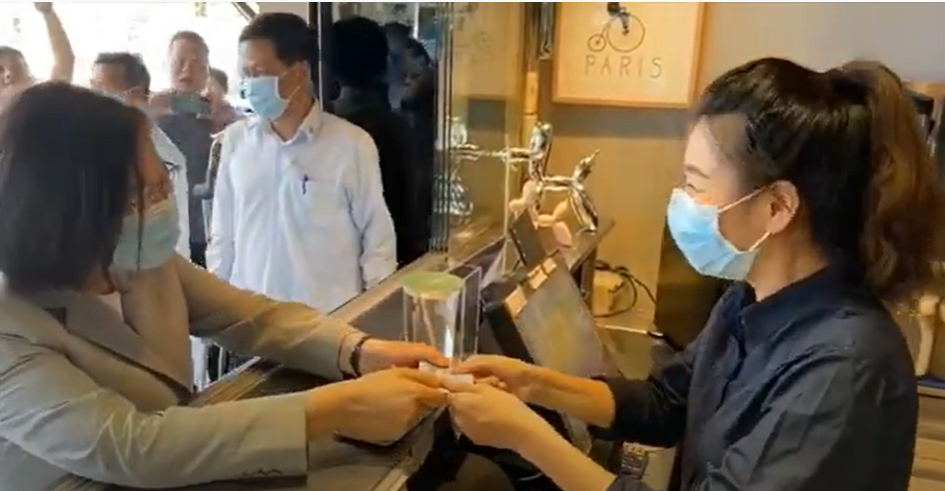 TAIPEI (Taiwan News) — The employees of a beverage store in the island county of Penghu received a surprise Tuesday (Sept. 22) when a guest dropping by to order 150 cups of winter melon lemon tea turned out to be none other but President Tsai Ing-wen (蔡英文).

The store, which is located in the county seat of Magong, recently received an order for 44 cups of tea from the local Navy base. However, because the crew was unexpectedly called up to set sail, they had to cancel their order.

The store manager, a woman named Sung (宋), said later that she did not mind because protecting the country comes first, earning her establishment the moniker of “patriotic beverage shop,” CNA reported. She did not ask the sailors to pay but instead offered the 44 cups at a discounted price online, where they sold out within the hour.

On Tuesday morning, after a visit to Air Force and Navy bases on Penghu, Tsai dropped in to buy 150 cups of winter melon lemon tea for Navy personnel in order to make up for the canceled order.

Sung told reporters that since the story made the news, her business has increased by about 30 percent, with members of the public buying winter melon lemon tea to express their appreciation for her attitude, according to the report.