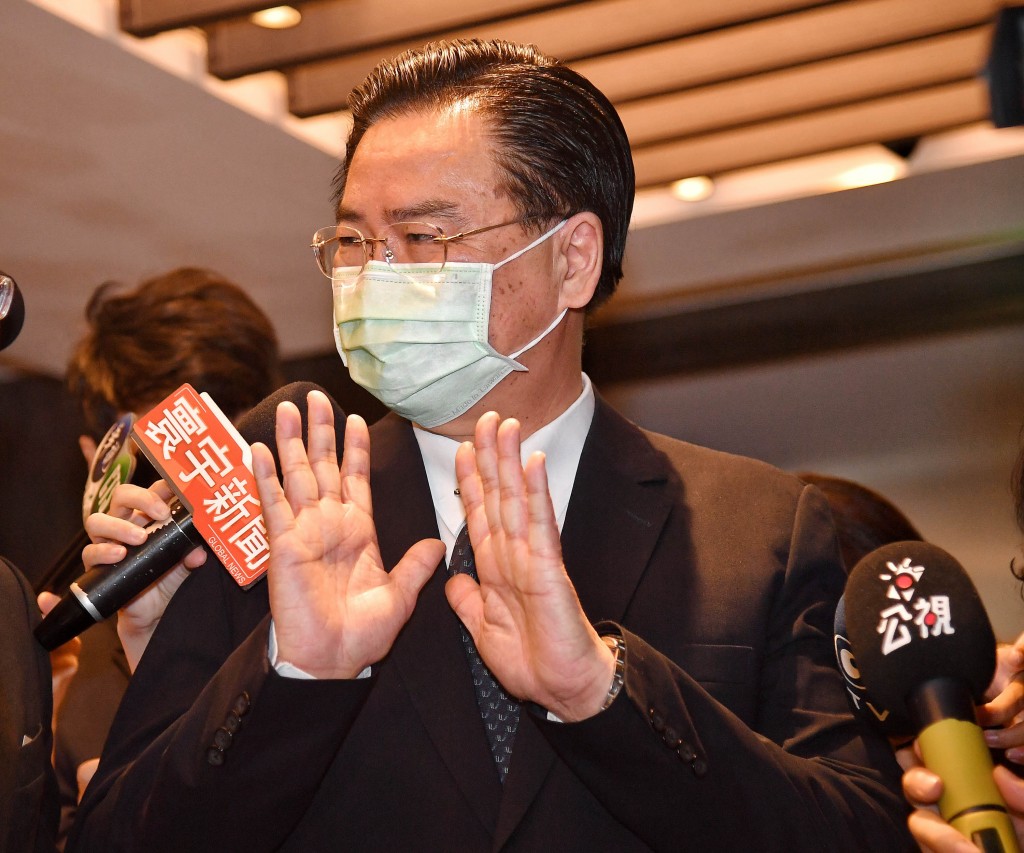 TAIPEI (Taiwan News) — Taiwan’s Ministry of Foreign Affairs (MOFA) has accused its Chinese counterpart of destabilizing the cross-strait status quo through its recent remarks refusing to recognize the median line of the Taiwan Strait.

The median line of the Taiwan Strait is an unofficial boundary, but it has served to prevent military confrontations between Taiwan and China throughout the years, as both sides have respected it, Foreign Minister Joseph Wu (吳釗燮) said on Tuesday (Sept. 22) before attending an event about the Taiwan-EU trade link.

Taiwan is an independent sovereign state, and the Taiwanese government exercises its exclusive jurisdiction within the country’s territory, Wu said. He was referring to the Air Force’s interception of dozens of Chinese People’s Liberation Army warplanes that crossed the median line over the weekend.

China’s Ministry of Foreign Affairs on Monday openly denied the existence of such a line. “Taiwan is an inseparable part of Chinese territory. There is no such thing as the median line of the Taiwan Strait,” said ministry Spokesperson Wang Wenbin (汪文斌) during a press briefing.

Wu compared Wang's comment to Beijing's implementation of its contentious national security law in Hong Kong. The law wrecked the “one country, two systems” framework promised for the people of Hong Kong, remarked Wu, going on to say that the Chinese Foreign Ministry’s statement about the median line “has damaged the cross-strait status quo.”

On behalf of the Taiwanese government, Wu said MOFA strongly condemns the Chinese authorities over the comment. He later took to Twitter to warn the international community of Beijing’s destabilizing acts in the region.

“I call on the international community to condemn the CCP for its dangerous & provocative words & deeds threatening peace & the status quo,” said Wu. “#China must back off!"

Based on data released by Taiwan’s Ministry of National Defense on Monday, nearly 40 Chinese warplanes had crossed the median line over the past four days. The median line divides the narrow Taiwan Strait into two parts and has long been respected by both the Taiwanese and Chinese authorities.

The CCP claims there's no median line of the #Taiwan