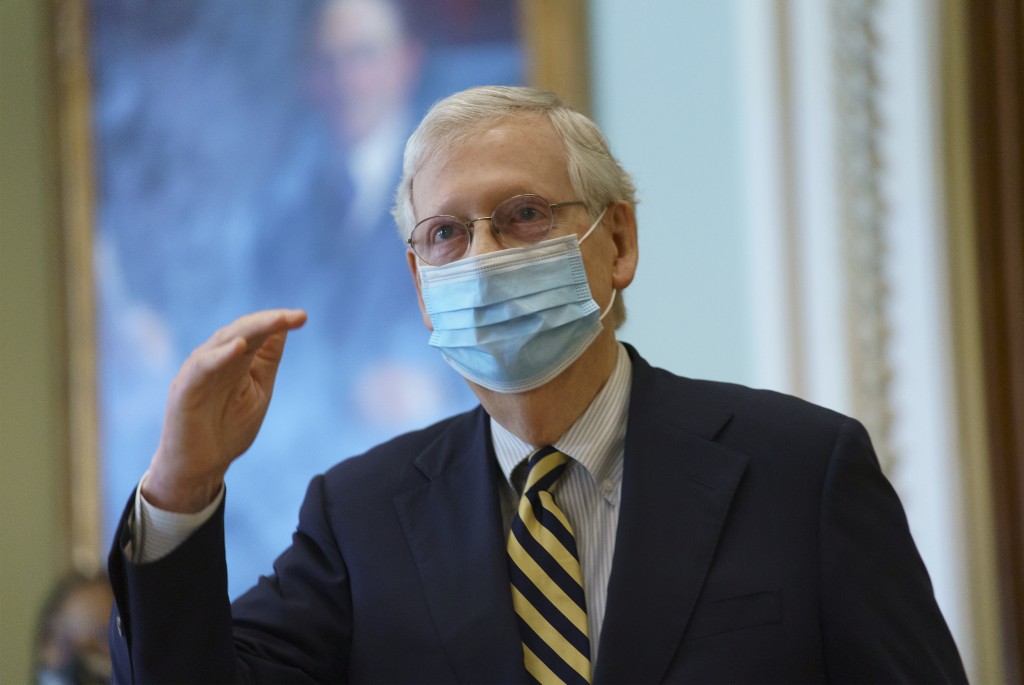 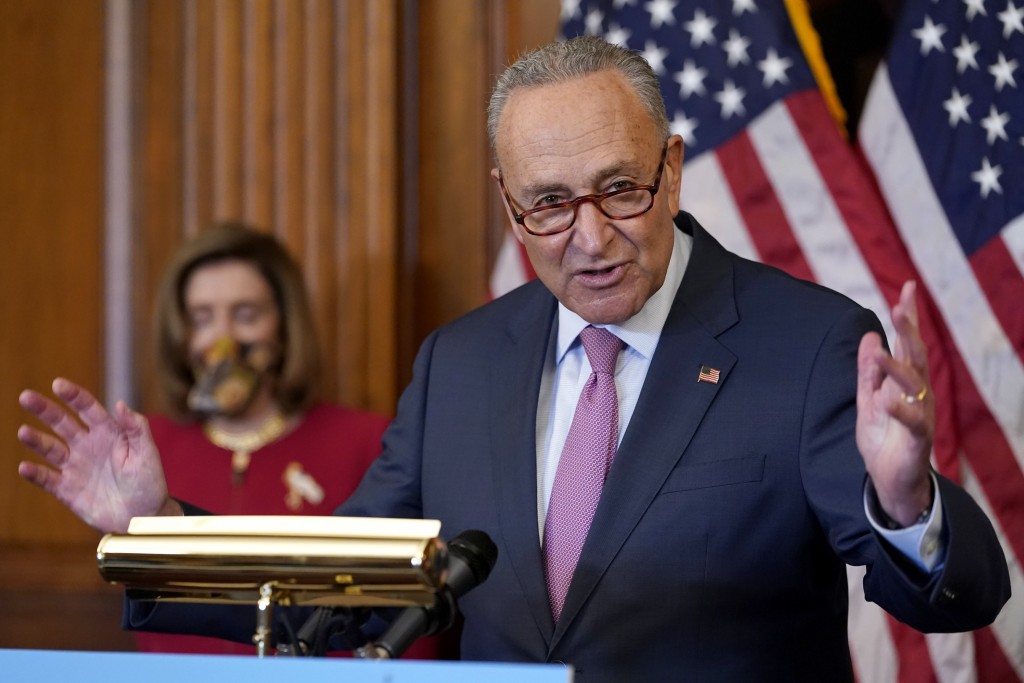 WASHINGTON (AP) — The “H” word — hypocrisy — is suddenly in vogue at the Capitol as lawmakers debate how quickly to fill a vacancy on the Supreme Court following the death of liberal Justice Ruth Bader Ginsburg.

Senate Majority Leader Mitch McConnell has vowed that President Donald Trump’s as-yet unnamed nominee will receive a vote on the Senate floor “this year," but has been careful not to say exactly when that will happen.

Senate Democratic leader Chuck Schumer took to the Senate floor Monday to remind McConnell of his own words hours after the February 2016 death of conservative Justice Antonin Scalia. “The American people,'' McConnell said then, "should have a voice in the selection of their next Supreme Court justice.'' The vacancy created by Scalia's death should not be filled until the election of a new president, he added.

"No amount of sophistry can change what McConnell said then, and it applies even more so now — so much closer we are to an election,'' Schumer said Monday.

But McConnell said it is Democrats who are being hypocritical. What Republicans did in 2016 — blocking a nominee of the opposing party — was "precisely what Democrats had indicated they would do themselves'' when they were in the majority, McConnell said in his own floor speech Monday. He and other Republicans cited a 1992 speech by then-Sen. Joe Biden — now the Democratic nominee for president — indicating that a vacancy occurring in an election year should not be filled.

Biden, Schumer and other Democrats flip-flopped in 2016, in McConnell's telling, because they urged the Senate to act on Obama's nominee.

McConnell stunned the political world in 2016 with his declaration that the Senate would not consider a replacement for Scalia until after the presidential election nearly nine months away. While daring, McConnell said his action was justified by history.

“Remember that the Senate has not filled a vacancy arising in an election year when there was divided government since 1888, almost 130 years ago,'' he declared again and again that year, frequently citing what Republicans called the “Biden Rule.” That ”rule" — never adopted in any formal sense by the Senate — urged the Senate to delay action on a Supreme Court vacancy until after the presidential election.

“President Obama was asking Senate Republicans for an unusual favor that had last been granted nearly 130 years prior. But voters had explicitly elected our majority to check and balance the end of his presidency. So we stuck with the historical norm," McConnell said Monday as he recounted past fights over the Supreme Court.

By 2019, with Trump in office and a continued GOP Senate majority, McConnell said Senate action on a court opening close to the election would not be an issue. “Yes, we would certainly confirm a new justice if we had that opportunity,'' he told talk show host Hugh Hewitt in December. ”And we’re going to continue, obviously, to fill the circuit and district court vacancies as they occur right up until the end of next year.”

The main difference? Unlike 2016, when the White House and Senate were controlled by different parties, both are now under Republican control, McConnell said.

“I’d also remind everybody what I just told you, which is the Senate is of the same party as the president of the United States,'' McConnell told Fox News in February of this year. "And in that situation we would confirm” a new justice.

Schumer wasn't buying it. He cited a 2016 op-ed co-written by McConnell imploring that the American people be given the opportunity to "weigh in on whom they trust to nominate the next person for a lifetime appointment to the Supreme Court.''

“Now these words don’t apply?” Schumer asked. "It doesn’t pass the smell test in any way. No wonder Leader McConnell was so defensive in his comments.''

Schumer and other Democrats urged McConnell to abide by his own standard. "What’s fair is fair. A senator's word must count for something,'' Schumer said.

But McConnell, in his speech, said that at a time when "the American people have elected a Senate majority to work closely with the sitting president, the historical record is even more overwhelming — in favor of confirmation.''

Eight times in the nation’s history vacancies have arisen during an election year when the White House and Senate were controlled by the same party. Seven of those times the justice was confirmed. The sole exception was in 1968, when President Lyndon Johnson tried to elevate Justice Abe Fortas to become chief justice. The nomination faced a filibuster due in part to ethics problems that later led Fortas to resign from the court.

“Apart from that one strange exception, no Senate has failed to confirm a nominee in the circumstances that face us now,'' McConnell said.

“The American people reelected our majority in 2016 and strengthened it further in 2018 because we pledged to work with President Trump on the most critical issues facing our country. The federal judiciary was right at the top of that list,'' he said.

On that final point — the importance of the judiciary — Schumer agreed.

“That's what this (fight) is all about,'' he said. “All the rights enshrined in our Constitution that are supposed to be protected by the Supreme Court of the United States” are at stake.

"The right to join a union, marry who you love, freely exercise your right to vote ... (and) proper health care. If you care about these things and the kind of country we live in, this election — and this vacancy — mean everything,'' Schumer said.