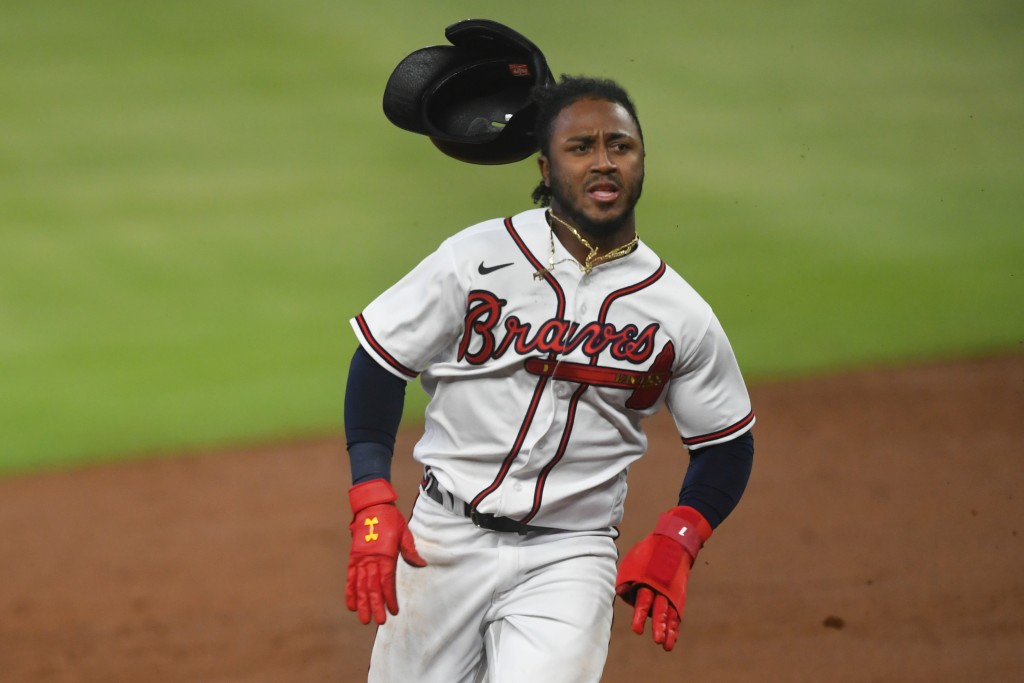 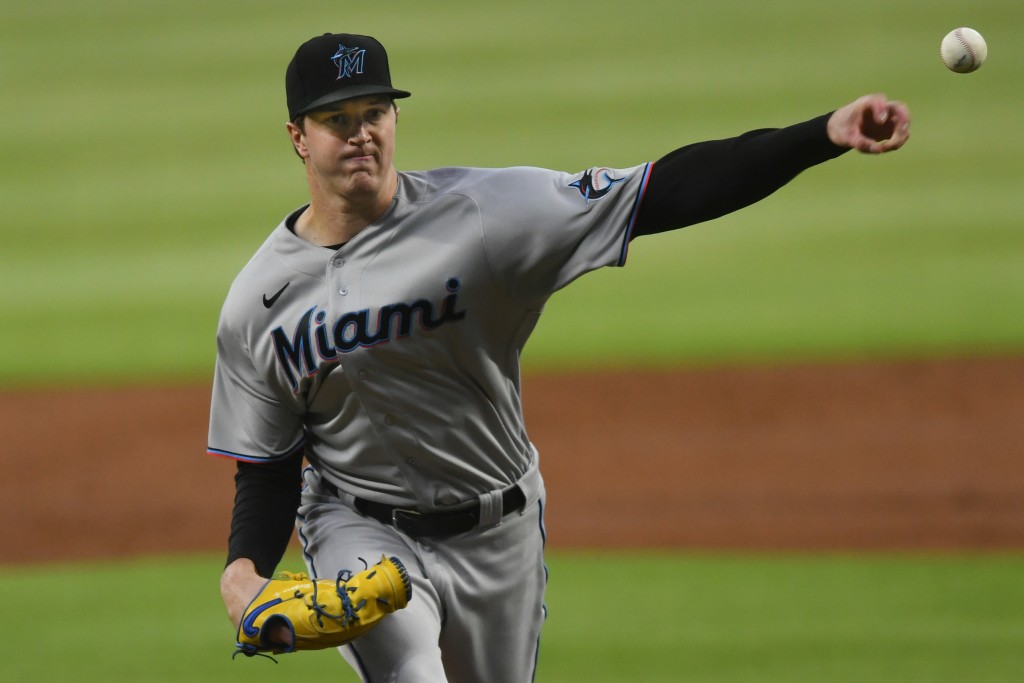 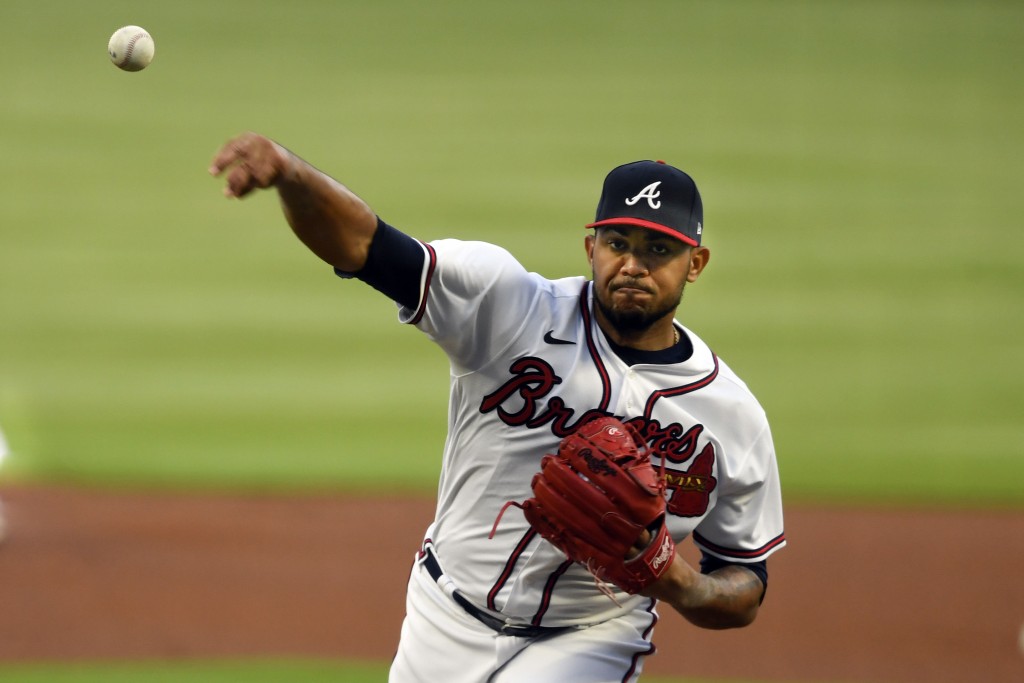 ATLANTA (AP) — Austin Riley's two-run double capped a wild first inning and the deep Atlanta bullpen took it from there, allowing just one run over the final six innings to push the Braves a step closer to a third straight NL East title with a 5-4 win over the second-place Miami Marlins on Monday night.

Tyler Matzek (4-3) pitched two hitless innings for the win, and Darren O'Day and Chris Martin each worked a scoreless frame. Will Smith escaped a bases-loaded jam in the eighth, and Mark Melancon benefited from a brilliant defensive play to claim his 11th save.

Melancon surrendered a leadoff single to Jesus Aguilar, and speedy Monte Harrison took over as a pinch runner. Matt Joyce hit a high chopper near the mound that was fielded by the pitcher, whose only play was to first.

Harrison kept right on running around second, but first baseman Freddie Freeman made a perfect throw to shortstop Dansby Swanson scrambling toward third. Swanson sprawled out to make the tag on Harrison's left hip just before he got a hand on the bag.

The Braves could clinch the division title as soon as Tuesday.

The teams combined for seven runs in the first, which took 45 minutes and 74 pitches to get through.

The Marlins got things rolling against Huascar Ynoa with Starling Marte's one-out single. Marte stole second and came home on Aguilar's single to right-center. Aguilar moved to second on a wild pitch, Joyce walked and Brian Anderson came through with a run-scoring hit. Garrett Cooper made it 3-0 with yet another RBI single.

In the bottom half, the Braves bounced right back against rookie Trevor Rogers (1-2), who created a mess for himself by walking Ronald Acuña Jr. and Freeman to start the inning. After Travis d'Arnaud brought home a run with an infield dribbler down the third-base line, Rogers had a chance to escape the inning with no further damage.

The young left-hander was twice within a strike of getting out of the inning. But Ozzie Albies ripped a run-scoring single to center and Riley doubled into the right-field corner on another two-strike pitch, bringing home two runs to put the Braves ahead 4-3.

Both pitchers settled down after that. Ynoa faced the minimum over the next two innings before giving way to the Braves bullpen. Miami broke through with an eighth-inning run against Shane Greene, but Smith retired Marte on a blistering liner right to Riley.

Rogers gave up back-to-back doubles to start the second, but the rookie avoided further trouble by getting d'Arnaud to hit into a double play. The Braves began the third with two more hits, but Rogers fanned the next three hitters. He kept it up in his final inning by striking out the side again.

Less than hour before the first pitch, the Braves said left-hander Cole Hamels was done for the season.

Atlanta's beleaguered rotation had hoped to get a boost from Hamels after he spent all year struggling to bounce back from shoulder and triceps issues. He finally made his first start of the season last week at Baltimore, giving up three runs in 3 1/3 innings, and was scheduled to go Tuesday against the Marlins.

But Hamels told general manager Alex Anthopoulos that he didn’t feel like he could get anything on the ball. The Braves placed Hamels on the 10-day injured list, retroactive to Sept. 18, but that was a mere formality.

Anthopoulos has already contacted Major League Baseball about replacing Hamels in the team’s postseason player pool. Bryse Wilson was called up to replace him on the 28-man active roster.

Marlins: RHP José Ureña (0-2, 6.00 ERA), who has annoyed the Braves in the past with his tendency to hit batters, is scheduled to make his 97th career start Tuesday. The stakes have never been so high for the playoff-contending Marlins, but he’s not thinking of it that way. “For me it’s like a normal start — just go out there and do the best I can,” Urena said. “It’s just one game.”

Braves: The Braves did not immediately name a starter to face the Marlins after scratching Hamels.