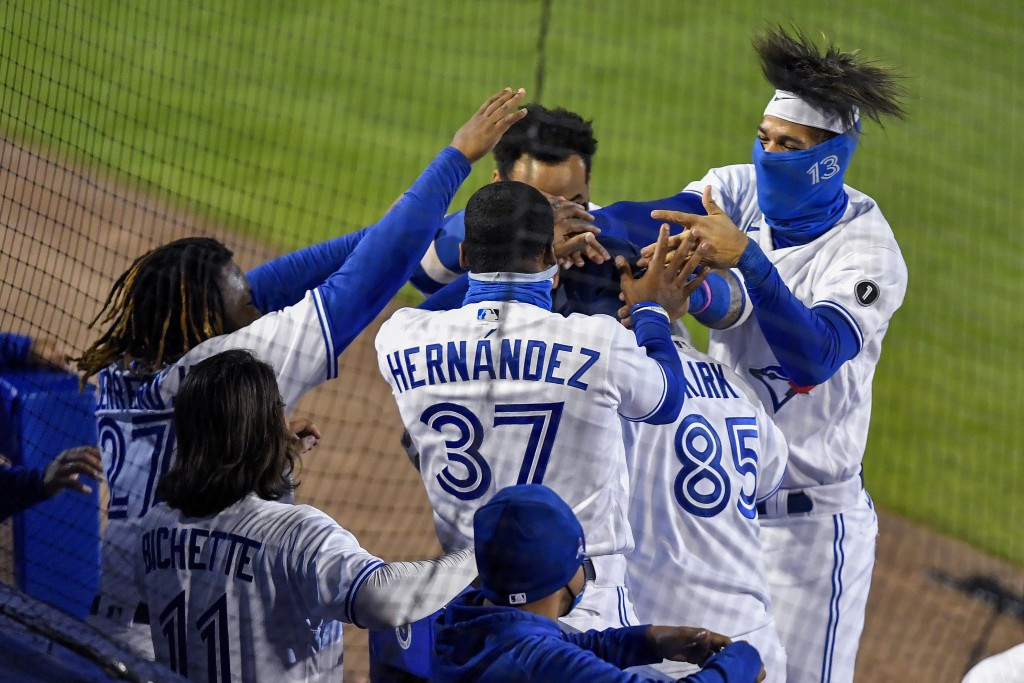 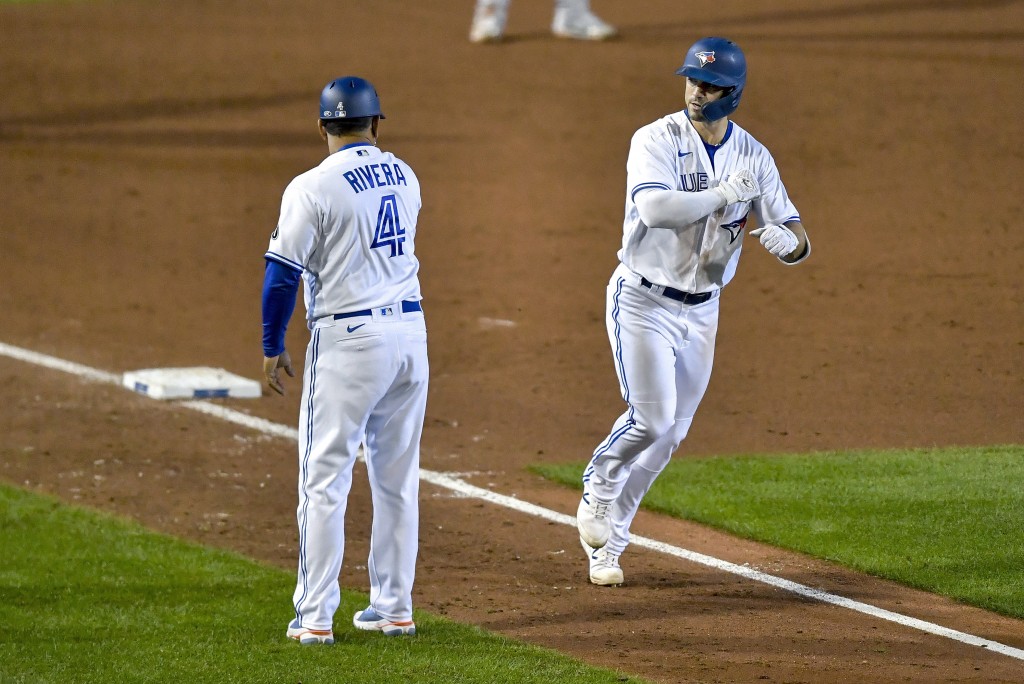 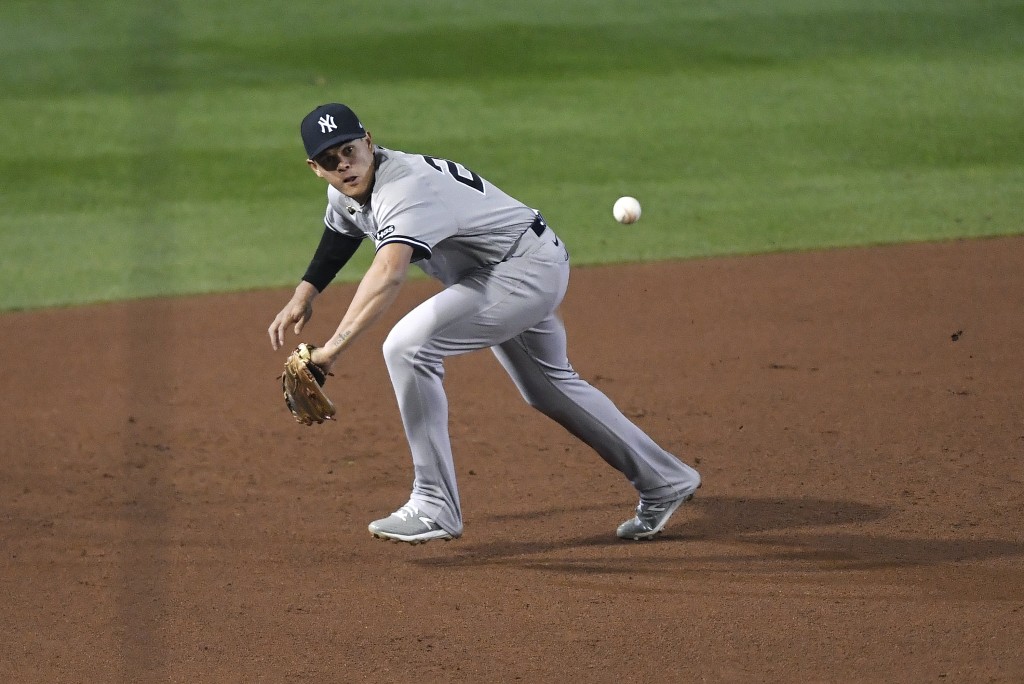 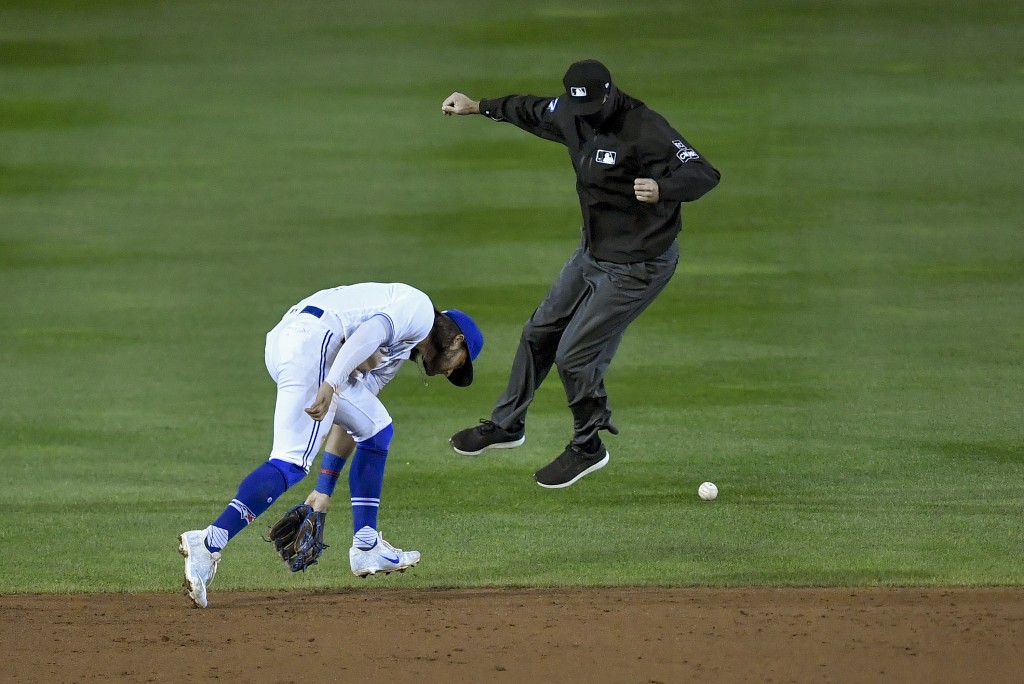 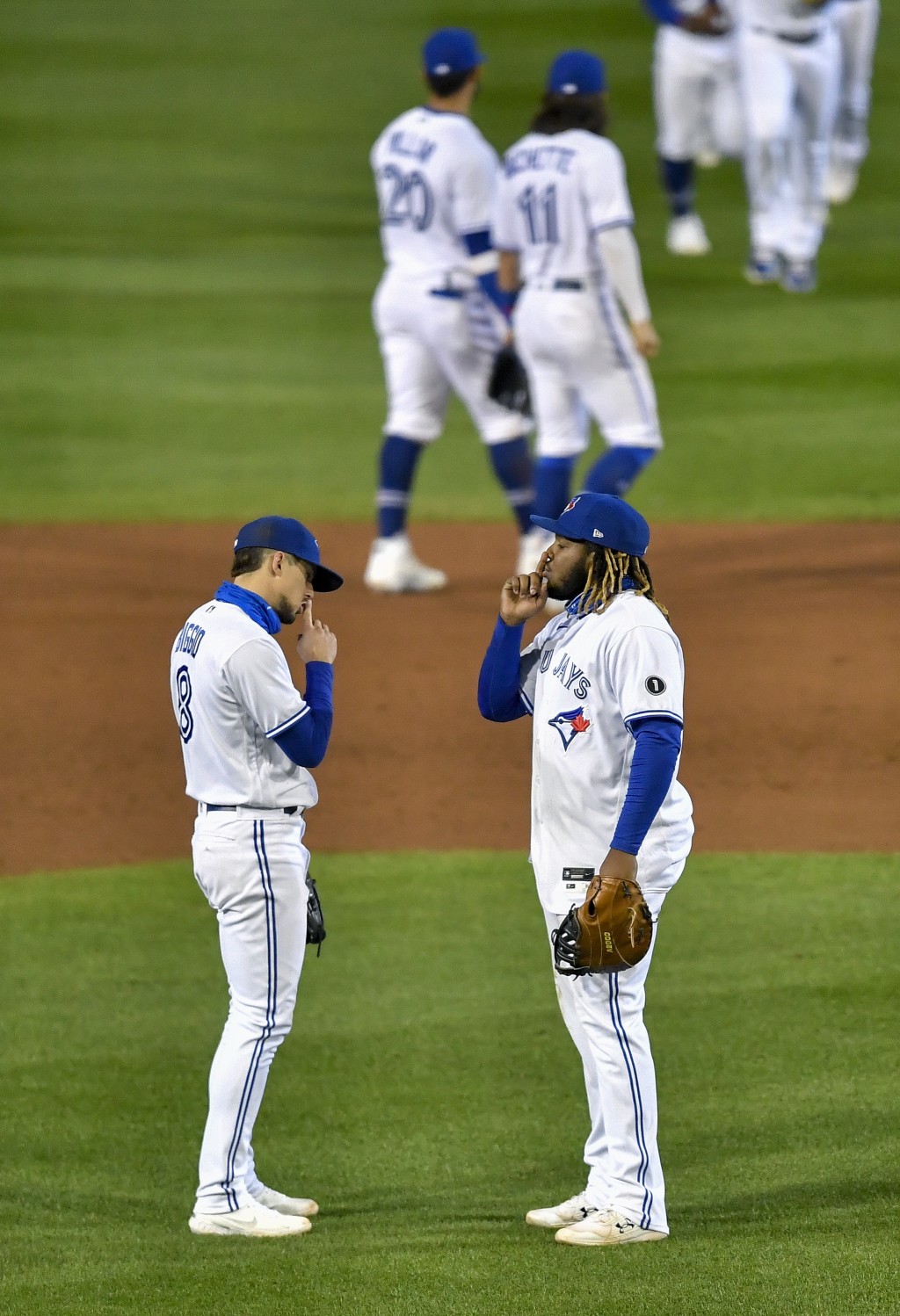 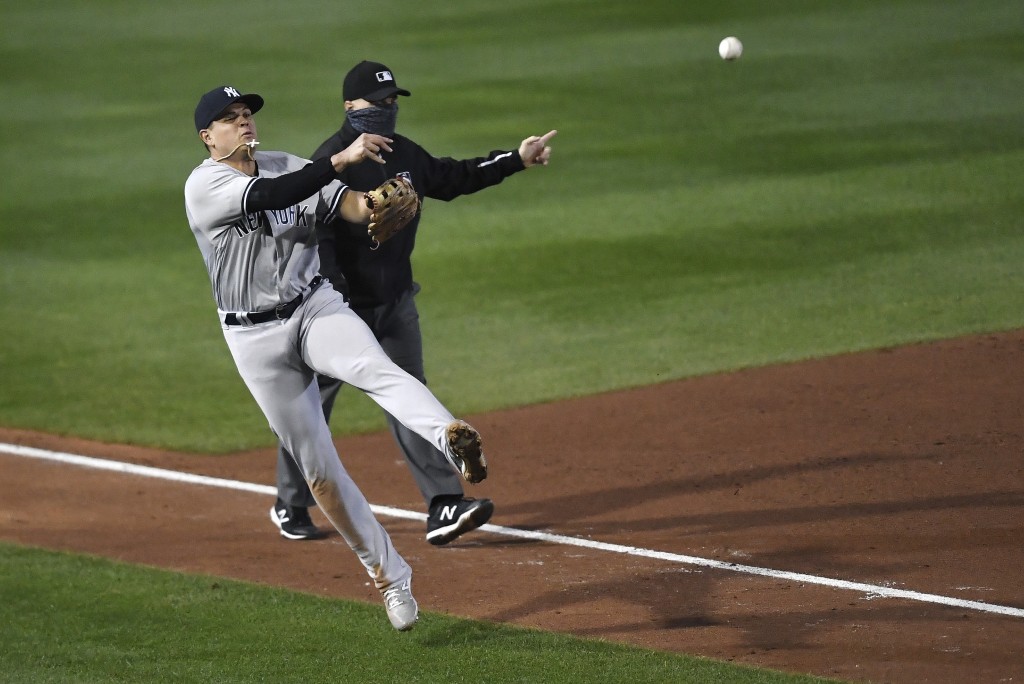 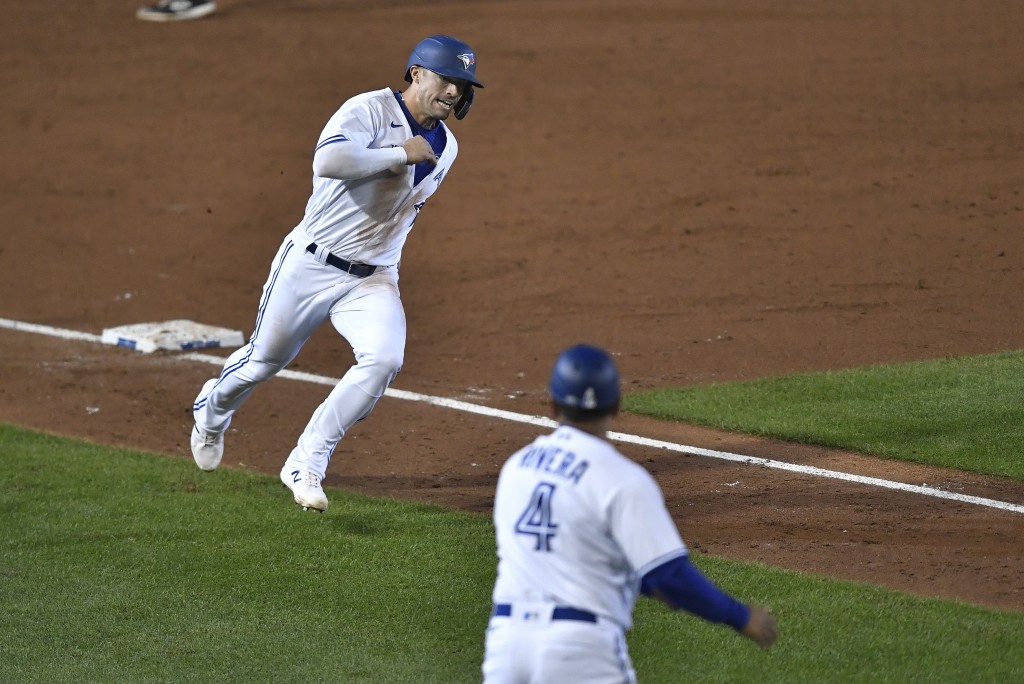 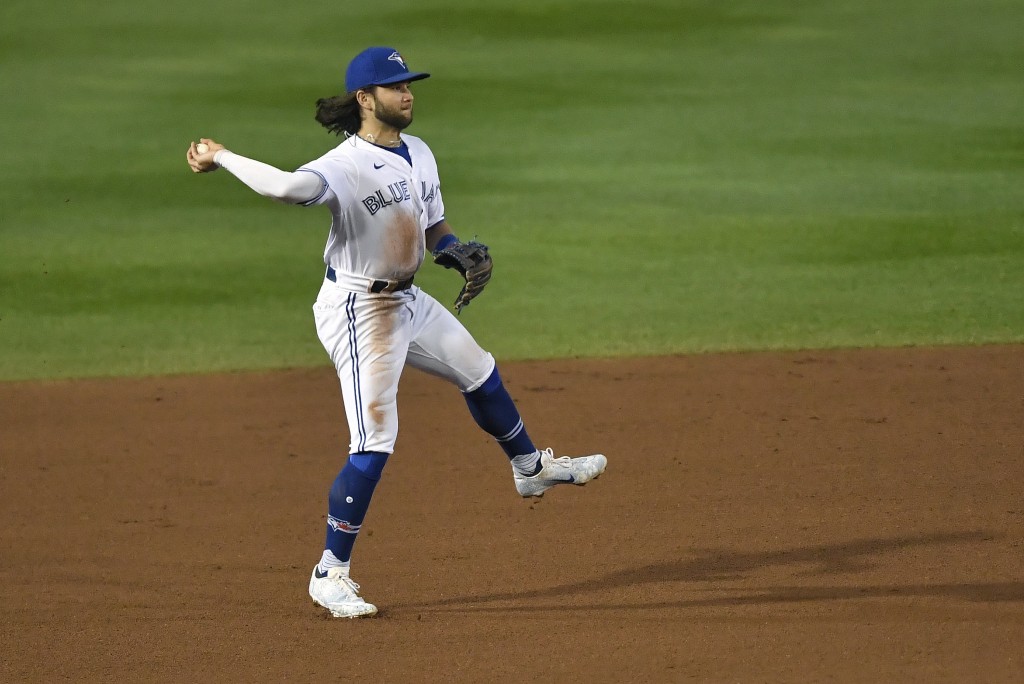 BUFFALO, N.Y. (AP) — Rookie Alejandro Kirk became the first catcher 21 or younger since Johnny Bench with at least four hits that included two for extra bases, and the Toronto Blue Jays beat the Yankees 11-5 Monday night to drop New York 1 1/2 games behind Minnesota for home-field advantage in the first round of the playoffs.

Kirk, who played at Class A last season and made his debut Sept. 12, singled in the third off Michael King, double in the fourth against Jonathan Loaisiga, single in the fifth off Nick Nelson and hit an opposite-field homer to right in seventh off Chad Green for his first four-hit game. Bench accomplished the feat as part of a five-hit game at Philadelphia on Aug. 3, 1969, according to STATS.

Randal Grichuk hit is first homer since Aug. 28 and drove in two runs for the Blue Jays.

New York had won 10 straight before Sunday’s 10-2 loss at Fenway Park. The Yankees allowed 10 or more runs in back-to-back games for the first time since July 25 and 26, 2019 against Boston and lost for the third time in four games this year against the Blue Jays in Buffalo. Center fielder Aaron Hicks had trouble with the lights and allowed a fly ball to drop between himself and right fielder Aaron Judge.

Vladimir Guerrero Jr. had three hits and three RBIs while Teoscar Hernandez and Bo Bichette each drove in a pair as the Blue Jays (28-26) won their second straight following a season-worst six-game losing streak. Toronto is on track to be the No. 8 seed and open the playoffs at the Rays,.

King (1-2) gave up five runs and five hits in 2 2/3 innings. Eight of 10 batters reached against Loaisiga, including one on a catcher's interference call on Gary Sánchez. Loaisiga asked that a rosin bag be brought to the mound with the bases loaded.

Blue Jays right-hander Matt Shoemaker was activated off the injured list before the game to make his first appearance since Aug. 21 at Tampa Bay. He allowed one run and three hits in three innings.

Plate umpire Chad Fairchild was hit on the face mask by a foul tip in the top of the second. Fairchild left the game between innings, with Paul Nauert moving behind the plate. Extra umpire Sean Barber replaced Nauert.

Blue Jays: RHP Ken Giles will have Tommy John surgery, likely causing him to miss all of 2021 and impacting the deal he will receive as a free agent this offseason. … RHP Nate Pearson (elbow) threw a 25-pitch bullpen before the game and is to be reevaluated Tuesday.. ... RHP Julian Merryweather (elbow) was placed on the 10-day IL to make room for Shoemaker. … 1B Rowdy Tellez (right knee) jogged on the field and hit in the cage before the game. Tellez will take batting practice Tuesday. … RHP Jordan Romano (strained right middle finger) will throw a bullpen session Tuesday.

Manager Aaron Boone said RHP Domingo Germán will not join the Yankees for the postseason because German will not be able to get ready in time after being away from the team all year. German has missed the 2020 season while completing an 81-game ban for violating Major League Baseball’s domestic violence policy. He also missed the final nine games of the 2019 regular season and all nine of New York’s postseason games.

Yankees RHP Gerrit Cole (6-3, 3.00) will face Blue Jays RHP Tanner Roark (2-2, 6.41) on Tuesday. Boone said Cole will likely throw to catcher Kyle Higashioka instead of Gary Sanchez. Cole has a 3.91 ERA in 46 innings working with Sanchez, and a 0.90 ERA in 20 innings with Higashioka. Cole and Higashioka have worked together in each of Cole’s past three starts. For Roark, it will be his third consecutive start against the Yankees.