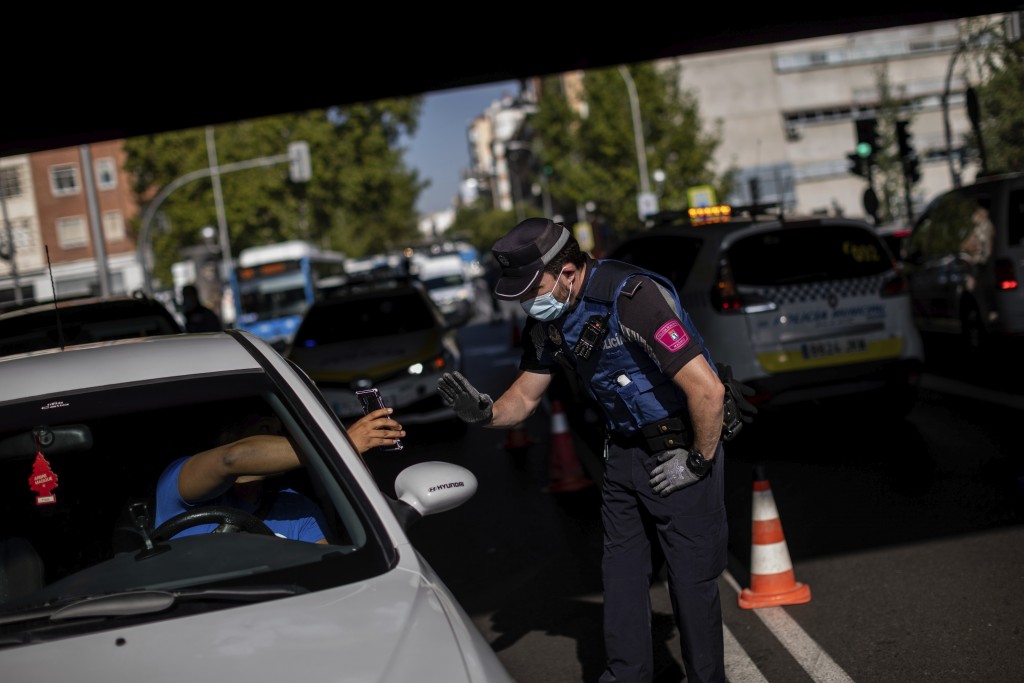 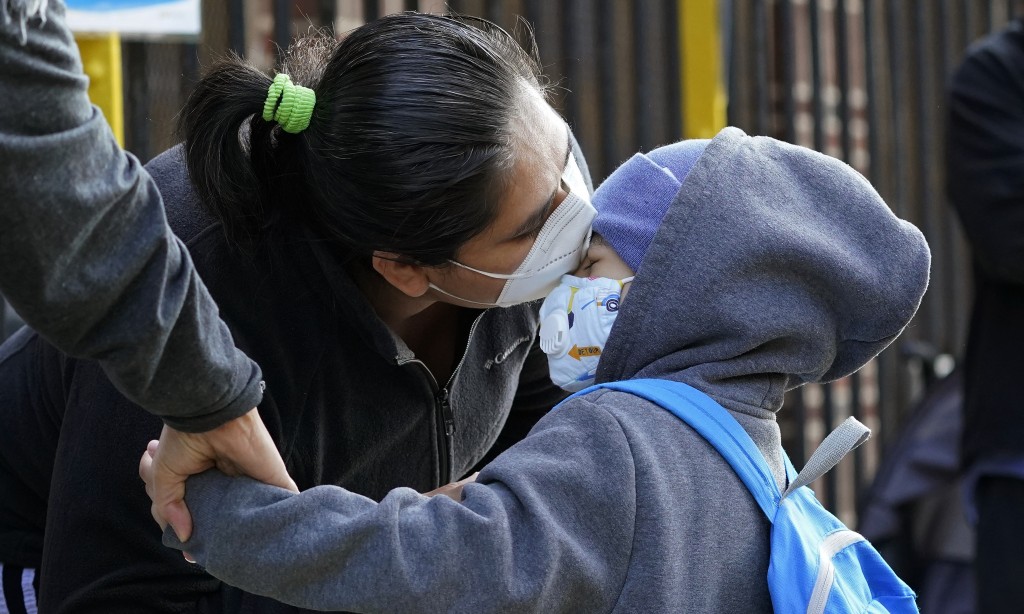 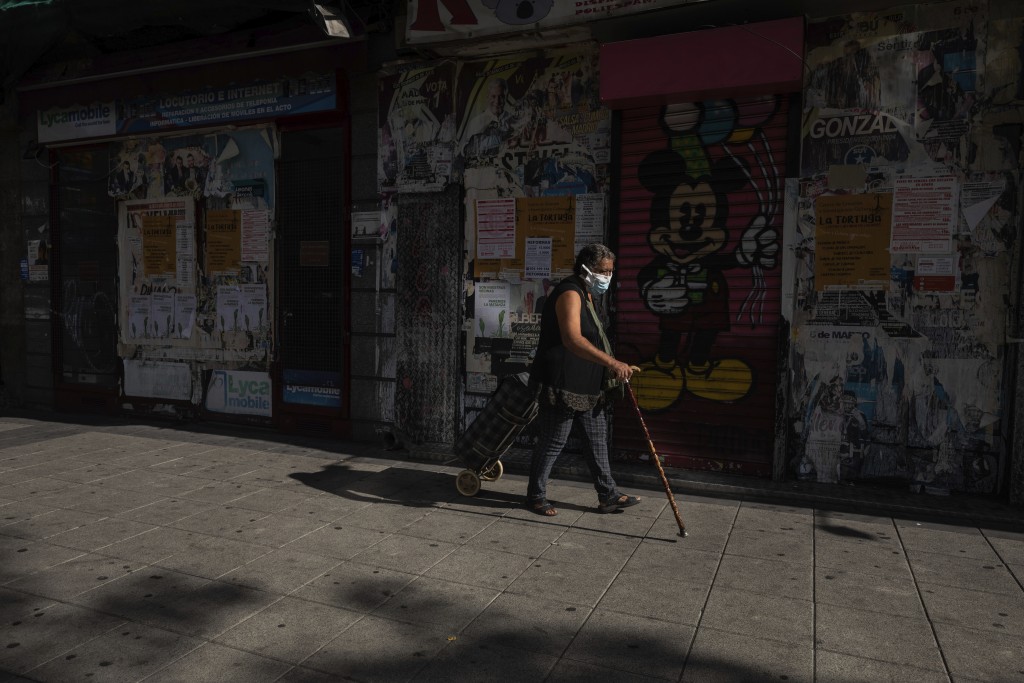 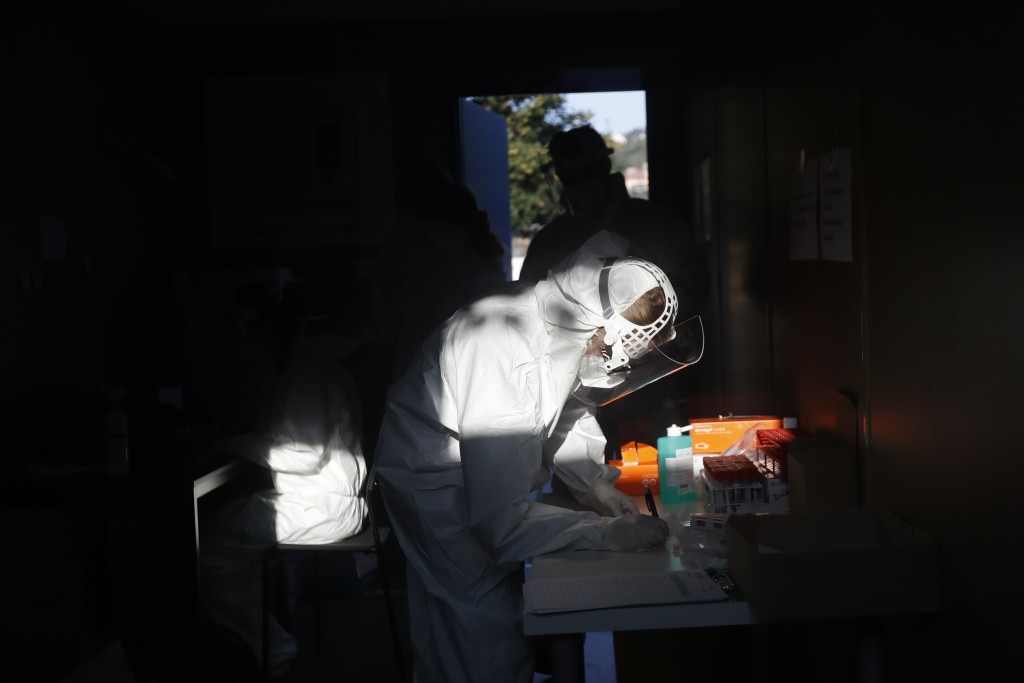 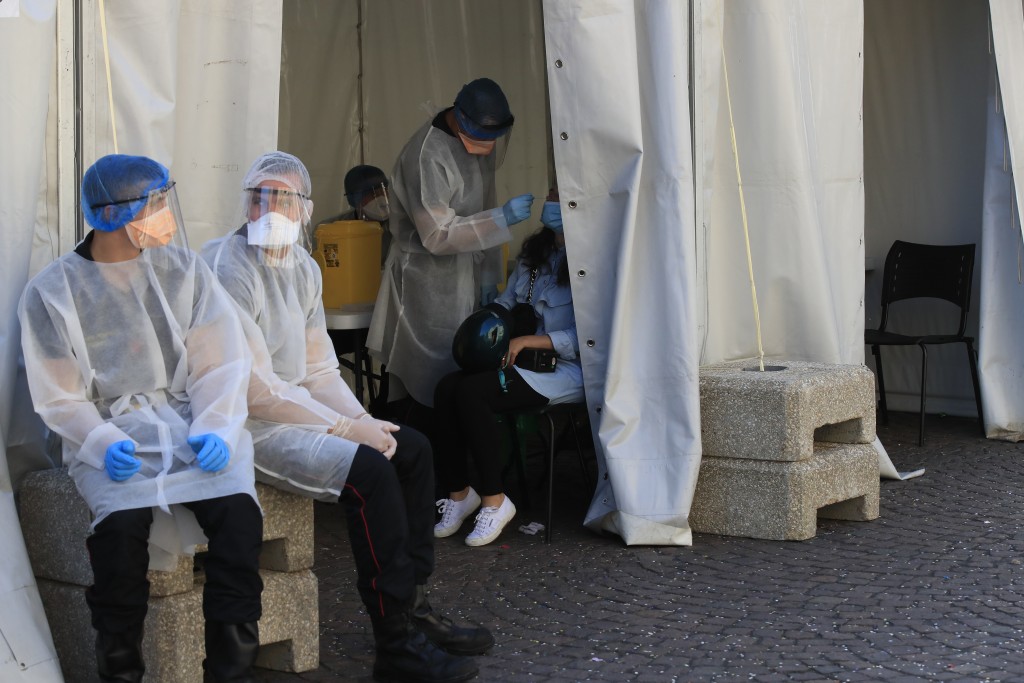 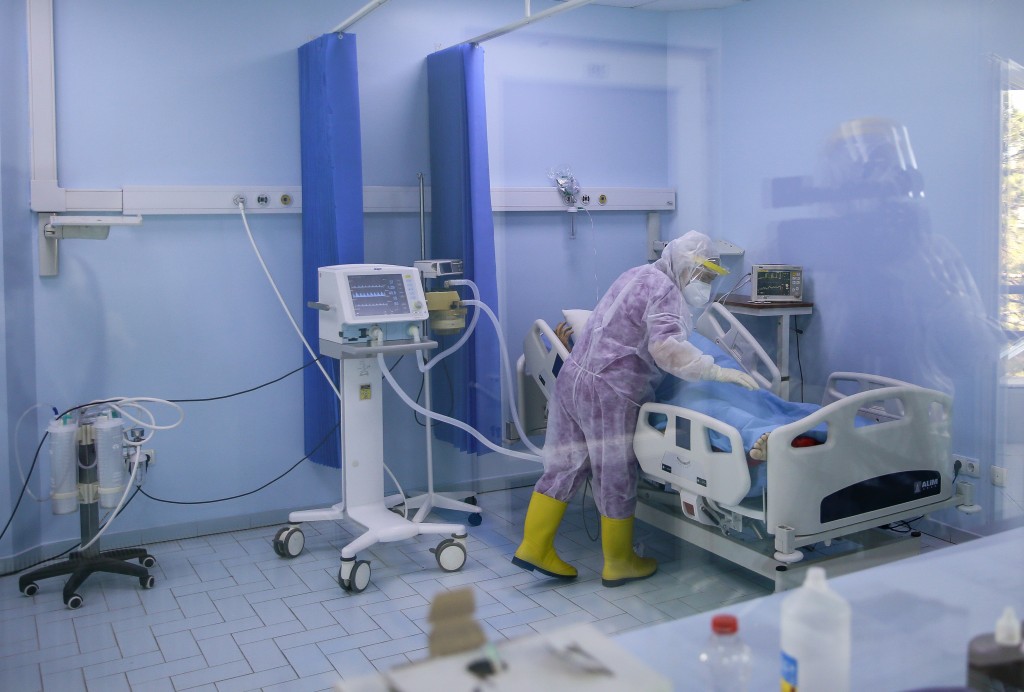 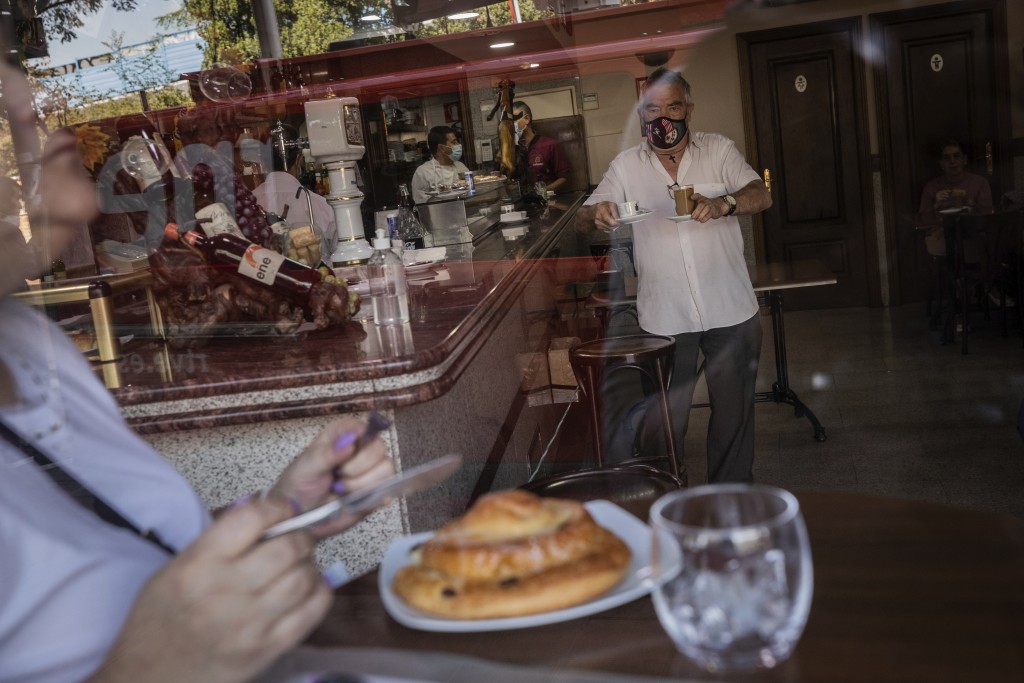 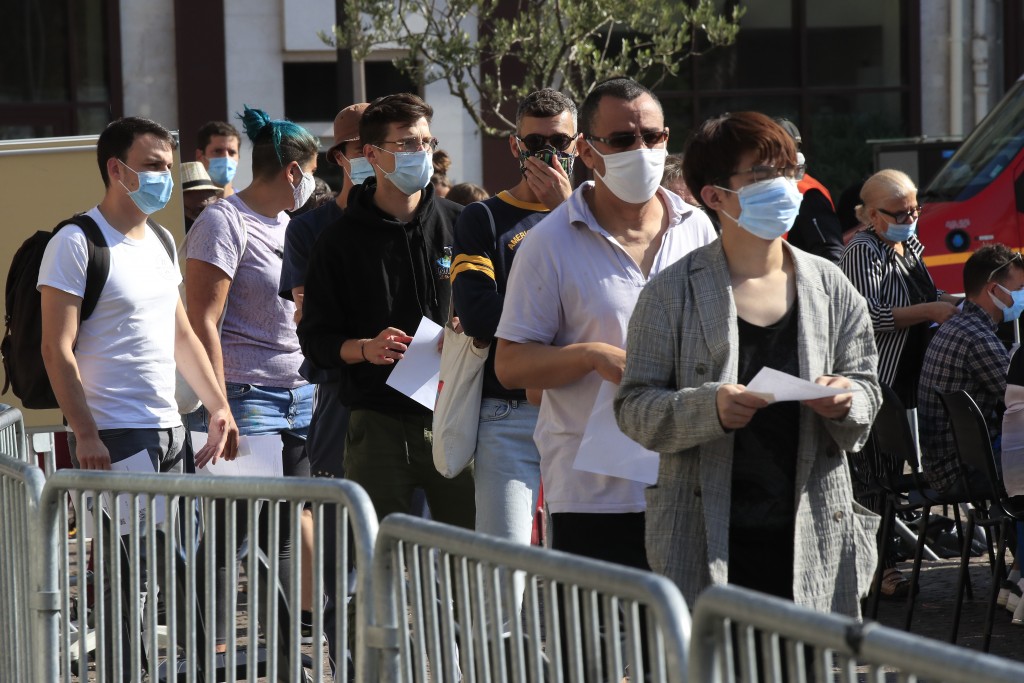 LONDON (AP) — As the U.S. closed in on 200,000 coronavirus deaths Monday, the crisis deteriorated across Europe, with Britain working to draw up new restrictions, Spain clamping down again in Madrid and the Czech Republic replacing its health minister with an epidemiologist because of a surge of infections.

The growing push to reimpose tough new measures in Europe to beat back a scourge that was seemingly under control in the spring contributed to a sharp drop on Wall Street in the morning. The Dow Jones Industrial Average fell more than 900 points, or 3.4%, and the S&P 500 was down 2.6%.

In Britain, Prime Minister Boris Johnson later this week is expected to announce a round of restrictions designed to act as a “circuit breaker” to slow the spread of the disease. British Chief Medical Officer Chris Whitty warned that cases are doubling every seven days, and the experience in other countries shows that will soon lead to a rise in deaths.

“We have, in a very bad sense, literally turned a corner,” after weeks of rising infections, Whitty said.

In France, where infections reached a record high the weekend with over 13,000 new cases in 24 hours, health authorities opened new testing centers in the Paris region to reduce lines and delays.

And the Norwegian capital of Oslo banned crowds of more than 10 people in private homes after a spike in cases and strongly urged people to wear face masks when traveling on public transportation amid a strike by bus drivers that forced many commuters to take the tram instead.

“The situation in Oslo is serious. This development must be stopped, and we have to do it now,” Mayor Raymond Johansen said.

The rise in infection rates in Britain comes as lawmakers across the political spectrum criticize the government’s testing program amid widespread reports of people having to travel hundreds of miles and tests being discarded because it is taking labs too long to process them. France, likewise, has been plagued by long wait times for results.

Police in the Spanish capital of Madrid and its surrounding towns began stopping people going in and out of working-class neighborhoods that have been partially locked down to combat Europe’s fastest coronavirus spread.

Authorities said that starting on Wednesday, some 860,000 residents must be able to show that their trips out of their neighborhoods are justified for work, study or medical reasons or face fines. Parks are closed and shops and restaurants in the affected zones are limited to 50% occupancy.

The targeted locations have some of the highest transmission rates in Europe. The measure has been met with protests from people who think the restrictions are stigmatizing the poor.

The German city of Munich, with one of the highest infection rates in Germany, will allow only up to five people or members of two households to meet, and will restrict private indoor gatherings such as birthday parties, weddings or funerals to no more than 25 people.

The Czech Republic also faces the possibility of new restrictions after the government appointed epidemiologist Roman Prymula as health minister.

In the spring, the country recorded a relatively low number of COVID-19 cases and deaths compared with hard-hit Western European countries such as Italy, Spain and Britain.

But after the government lifted most of its restrictions over the summer, confirmed cases began making a comeback and reached a record high last week. On Thursday, the day-to-day increase of new cases was higher than 3,000, almost the same number it was in the entire month of March.

Prymula said over the weekend that the loosening of restrictions was done too quickly.