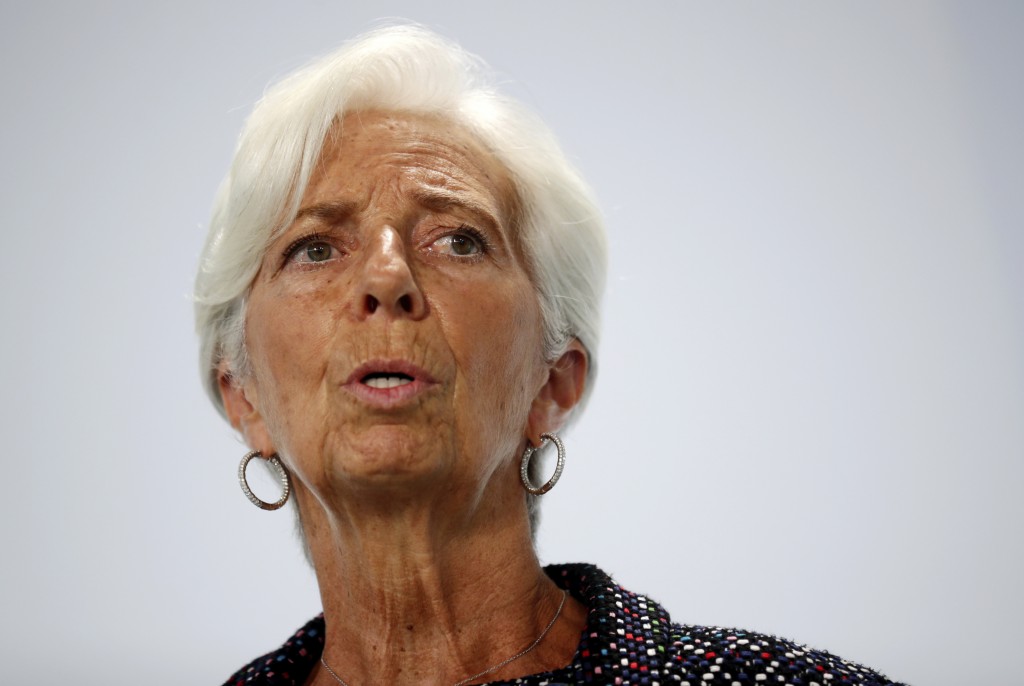 FRANKFURT, Germany (AP) — The head of the European Central Bank says that the economy is rebounding but that the recovery remains uncertain, incomplete and dependent on containig the virus outbreak.

ECB President Christine Lagarde told a joint meeting of parliamentary deputies from France and Germany on Monday that incoming data suggest a strong economic rebound in the third quarter, that is, July through September. But she added that “the strength of the recovery remains very uncertain, as well as uneven and incomplete.”

“It continues to be highly dependent on the future evolution of the pandemic and the success of containment policies,” she said.

The ECB is pumping 1.35 trillion euros ($1.6 trillion) in newly printed money into the economy through ongoing bond purchases through the end of next year. That is a large-scaled monetary stimulus aimed at preventing the pandemic from causing turmoil in financial markets, and at keeping borrowing costs low for companies to help support growth.

The European Central Bank is the chief monetary authority for the 19 countries that use the euro, analogous to the Federal Reserve in the U.S. or the Bank of England in Britain.