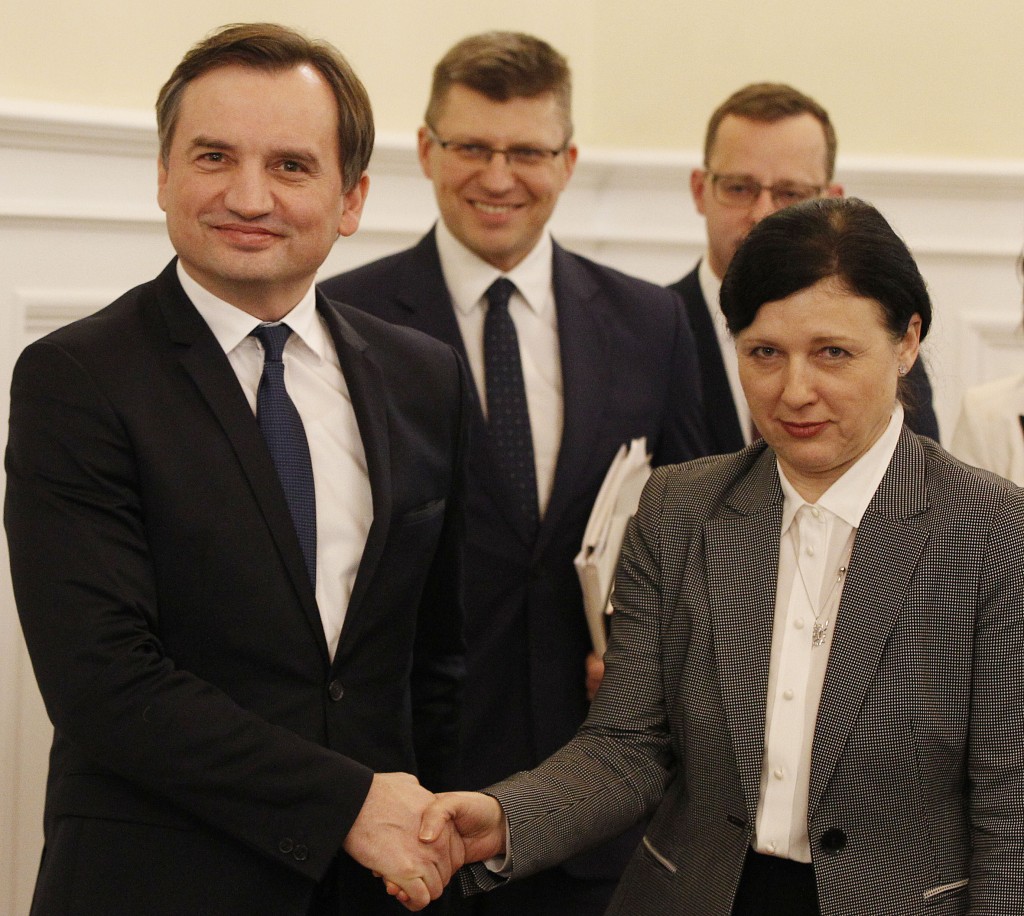 WARSAW, Poland (AP) — Poland’s justice minister has called for talks between the ruling coalition's parties to overcome a crisis after his junior party voted against government-backed legislation in parliament.

The dissent by the United Poland party of Justice Minister Zbigniew Ziobro prompted the main coalition member, the right-wing, nationalist Law and Justice party, to warn that the ruling coalition was crumbling and that a minority government could be formed without Ziobro's party.

Law and Justice leaders were meeting Monday to decide the government's future and whether to shed both Ziobro's party and him as minister.

Just minutes before that meeting, Ziobro called a news conference and said the coalition was worth preserving and he was ready for talks and compromise.

Last week Ziobro's party voted against a new animal protections law proposed by the Law and Justice party and strongly advocated by its leader, Jaroslaw Kaczynski. It also said it would not back a law giving immunity to state officials who disregarded the law while taking steps to counter the coronavirus pandemic.

Without the 19 votes of Ziobro's party, the coalition will lose its fragile majority in parliament.

The crisis is part of a power struggle in the coalition that is now controlled by the 71-year-old Kaczynski.