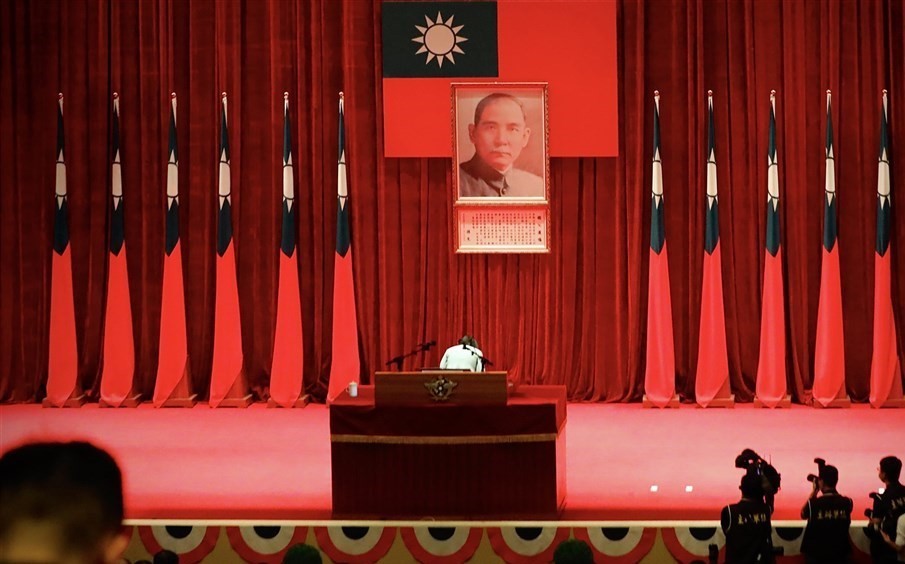 TAIPEI (Taiwan News) — In response to Democratic Progressive Party (DPP) Legislators Fan Yun (范雲) and Chuang Jui-hsiung’s recent proposal to nix the requirement that the portrait of Sun Yat-sen (孫中山) be hung in governmental buildings, Kuomintang (KMT) Legislator Chen I-hsin (陳以信) on Sunday (Sept. 20) said that removing the image of Sun is a salami-slicing tactic aimed to erase the existence of the Republic of China.

Fan and Chuang stated that they believe since the national flag is a symbol that already hangs in auditoriums, governmental buildings, schools, and military facilities, it is already possible to demonstrate the country’s sovereignty and consolidate national identity. It is no longer necessary to hang portraits of specific political leaders from the past, they said.

The current National Emblem and National Flag of the Republic of China Act stipulate that “Government authorities, schools, organizations, and military troops shall hang the national flag above a portrait of Dr. Sun Yat-sen.” Fan and Chuang’s proposed draft amendment removes the portrait of Sun and retains the national flag requirement, CNA reported.

The DPP legislators mentioned that the national flag is the symbol of a country in many democratic republics today. They pointed out that Taiwan has been a democracy for more than 20 years and its various agencies, schools, and organizations, as well as its military, should not have to depend on the worship of a certain political leader from the past.

According to the law, [the lawmakers] should strictly abide by the constitutional government and fulfill one’s duties, they remarked, adding that it is no longer necessary to continue hanging Sun’s portrait in auditoriums and meeting places.

Fan and Chuang also proposed to amend the President and Vice President Oath Ordinance by removing the requirement of being sworn in before Sun’s portrait. They explained that the oath should be carried out facing only the national flag.