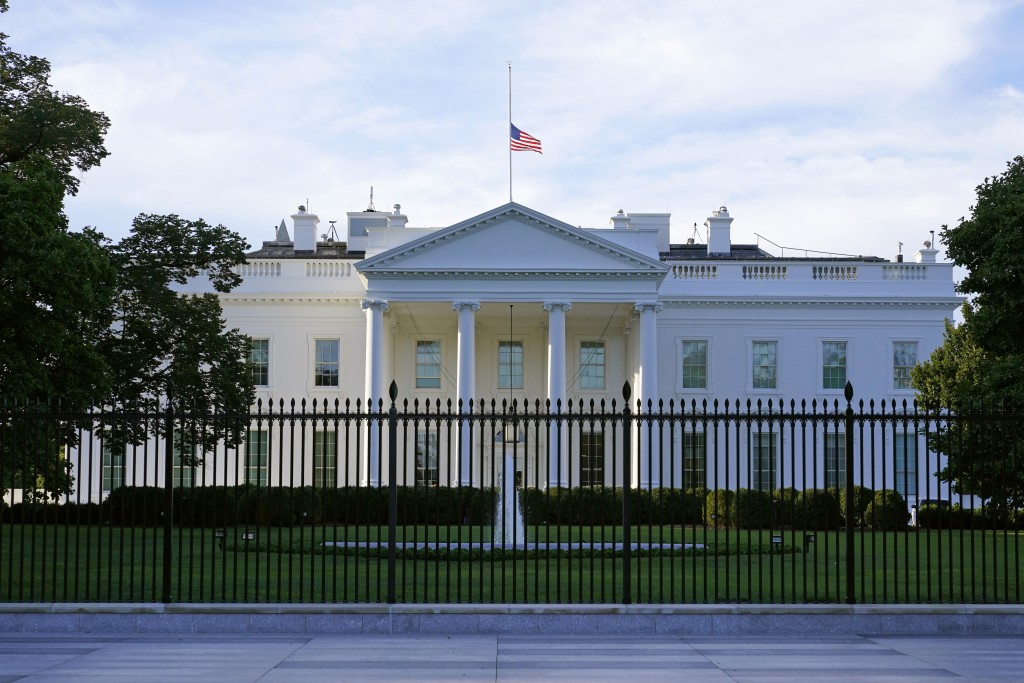 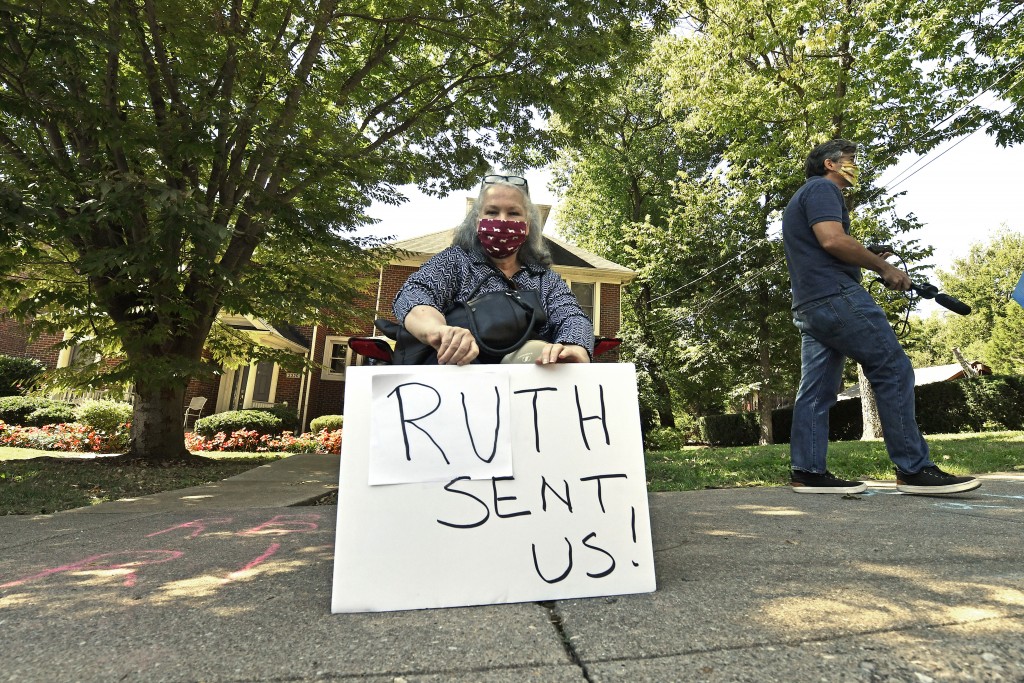 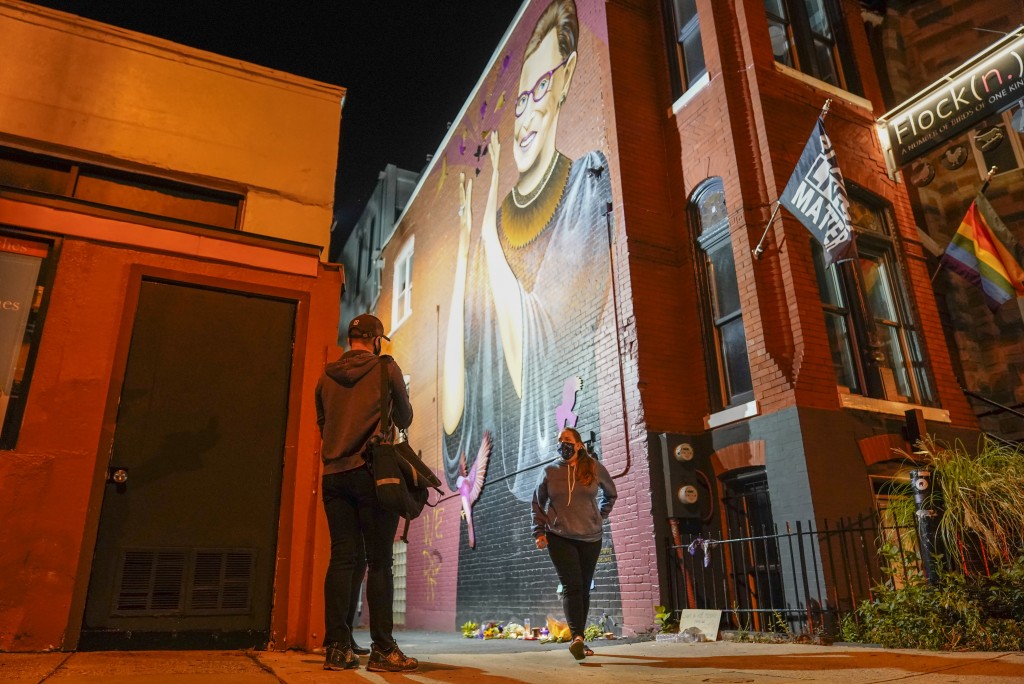 Ginsburg’s death in late September of an election year puts the Senate in uncharted political terrain. Trump has urged the Republican-run Senate to consider the nomination “without delay" but has not said whether he would push for a confirmation vote before Election Day.

There’s significant risk and uncertainty ahead for both parties. Early voting is underway in some states in the races for the White House and control of Congress.

A look at the confirmation process and what we know and don’t know about what’s to come:

Trump has said he will announce a female nominee to replace Ginsburg as soon as this week. As the Senate meets in the coming days, Senate Majority Leader Mitch McConnell will be assessing his next steps, talking to his GOP colleagues and figuring out if he has enough votes to confirm a nominee before the election.

McConnell, R-Ky., has vowed that Trump’s nominee “will receive a vote on the floor of the United States Senate” but has been careful about not saying when that will happen.

Democrats say the Republicans’ vow to move forward is “hypocrisy” after McConnell refused to consider President Barack Obama’s nominee, Judge Merrick Garland, several months before the 2016 election. They have vowed to fight Trump and McConnell to keep the seat open but have not made clear how they will do so.

DOES McCONNELL HAVE THE VOTES TO FILL THE SEAT BEFORE THE ELECTION?

That’s not yet clear. Republicans hold a 53-47 majority in the Senate, and so far Republican Sens. Susan Collins and Lisa Murkowski have both said they won’t support a confirmation vote before Election Day.

That means McConnell can only afford to lose one more senator in his caucus. If the vote were 50-50, Vice President Mike Pence could break the tie on a confirmation vote.

WHO ARE THE SENATORS TO WATCH?

All eyes are on Mitt Romney of Utah, who has been critical of Trump and protective of the institution of the Senate. Another senator to watch is Iowa Sen. Chuck Grassley, the former chairman of the Judiciary Committee. He said this summer that if he still chaired the committee and a vacancy occurred, “I would not have a hearing on it because that’s what I promised the people in 2016.”

Those facing close reelection contests in their states, including Sen. Cory Gardner of Colorado, will surely face pressure not to vote ahead of the election or in its immediate aftermath, especially if they were to lose their seats. Several other key GOP senators up for reelection — including Martha McSally in Arizona, Kelly Loeffler in Georgia and Thom Tillis in North Carolina — have already linked themselves to Trump, calling for swift voting. Collins is also in a competitive race.

WHAT DOES THE WHITE HOUSE SAY?

Marc Short, the chief of staff to Pence, said on CNN’s “State of the Union” on Sunday that a vote before Nov. 3 is “certainly possible” because Ginsburg was confirmed within 43 days and the election is 44 days away. But Short said the White House is leaving the confirmation timetable up to McConnell.

Asked whether Trump considered Ginsburg’s dying wish for her replacement to be named by the winner of the November presidential election, Short said the White House and nation mourn her loss “but the decision of when to nominate does not lie with her.”

CAN THE SENATE REALISTICALLY FILL THE SEAT BEFORE THE ELECTION?

Yes, but it would require a breakneck pace. Supreme Court nominations have taken around 70 days to move through the Senate, and the last, for Brett Kavanaugh, took longer. Some nominations, like Ginsburg’s, have moved more quickly.

There are no set rules for how long the process should take once Trump announces his pick.

COULD THE SENATE FILL THE VACANCY AFTER THE ELECTION?

Yes. Republicans could vote on Trump’s nominee in what’s known as the lame-duck session that takes place after the November election and before the next Congress takes office on Jan. 3. No matter what happens in this year’s election, Republicans are still expected be in charge of the Senate during that period.

The Senate would have until Jan. 20, the date of the presidential inauguration, to act on Trump’s nominee. If Trump were reelected and his pick had not been confirmed by the inauguration, he could renominate his pick as soon as his second term began.

WHAT DO DEMOCRATS SAY?

Democrats made a moral argument to their Republican colleagues to resist replacing Ginsburg until the next president is inaugurated, arguing that senators should follow the precedent they set in 2016.

Democratic presidential nominee Joe Biden said Sunday that the Senate shouldn’t act until there is a new president. “If Donald Trump wins the election, then the Senate should move on his selection and weigh the nominee he chooses fairly,” Biden said. “But if I win this election, President Trump’s nominee should be withdrawn. And as the new president I should be the one who nominates Justice Ginsburg’s successor.”

Senate Democrats under Senate procedure will have tools to slow down the nomination, but cannot block it on their own.

WHAT DOES IT TAKE TO CONFIRM A NOMINEE?

Only a majority. Republicans control the Senate by a 53-47 margin, meaning they could lose up to three votes and still confirm a justice with the vice president breaking a tie.

Supreme Court nominations used to need 60 votes for confirmation if any senator objected, but McConnell changed Senate rules in 2017 to allow the confirmation of justices with 51 votes. He did so as Democrats threatened to filibuster Trump’s first nominee, Neil Gorsuch.

HOW DOES THE PROCESS WORK?

It is up to the Senate Judiciary Committee to vet the nominee and hold confirmation hearings. Once the committee approves the nomination, it goes to the Senate floor for a final vote. This process passes through several time-consuming steps, including meetings with individual senators.

The committee chairman, GOP Sen. Lindsey Graham of South Carolina, who faces his own tough reelection contest, has said he will support Trump “in any effort to move forward.” His committee could begin working on the nomination immediately after it is announced and even hold confirmation hearings in October, regardless of when the final vote happens.

He did. McConnell stunned Washington in the hours after the death of Justice Antonin Scalia in February 2016 when he announced the Senate would not vote on Obama’s potential nominee because the voters should have their say by electing the next president.

McConnell’s strategy paid off, royally, for his party. Obama nominated Garland to fill the seat, but he never received a hearing or a vote. Soon after his inauguration, Trump nominated Gorsuch to fill Scalia’s seat.

Four years later, McConnell says the Senate will vote on Trump’s nominee, even though it’s weeks, not months, before an election.

McConnell says it’s different because the Senate and the presidency are held by the same party, which was not the case when a vacancy opened under Obama in 2016. Democrats say this reasoning is laughable and say the vacancy should be kept open until after the inauguration.

Democrats and advocacy groups wasted no time unearthing past statements from other GOP senators in 2016 saying the Senate must wait to confirm until after the election.