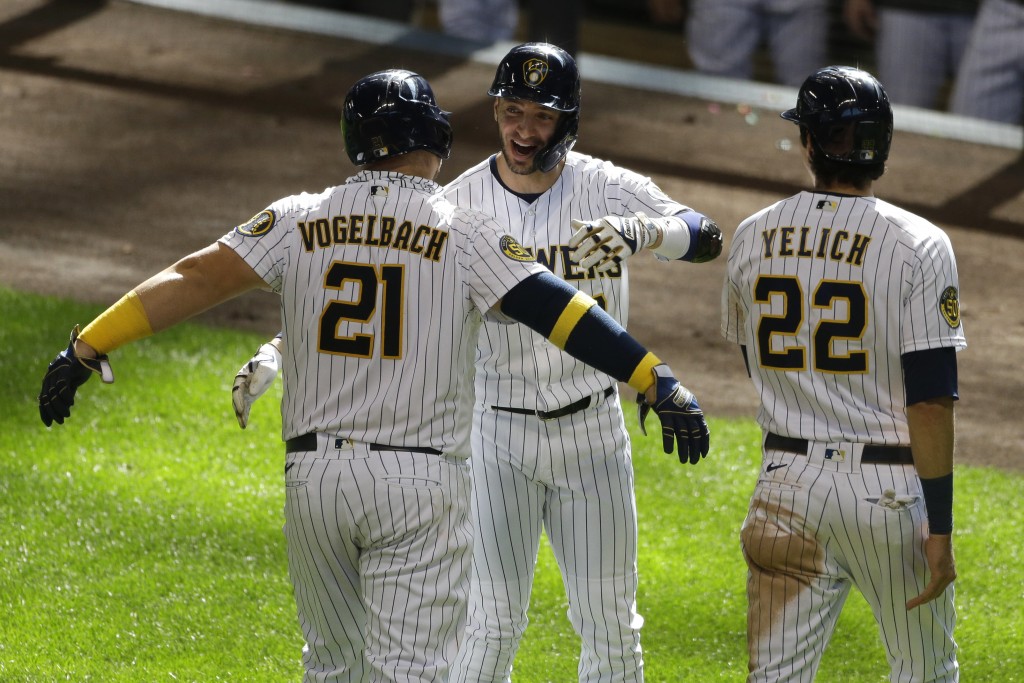 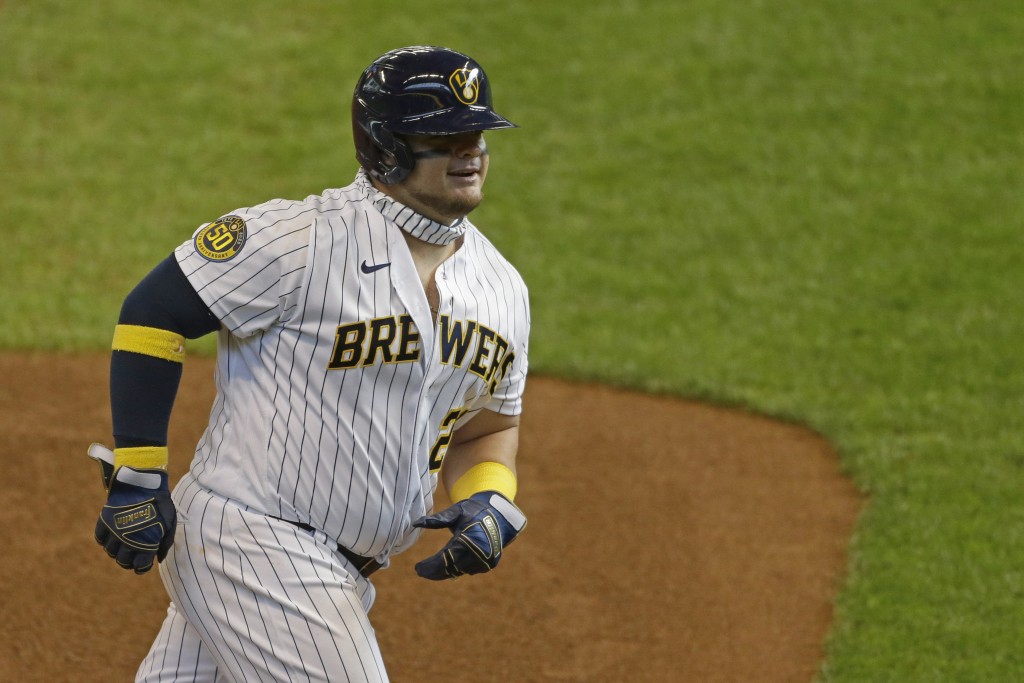 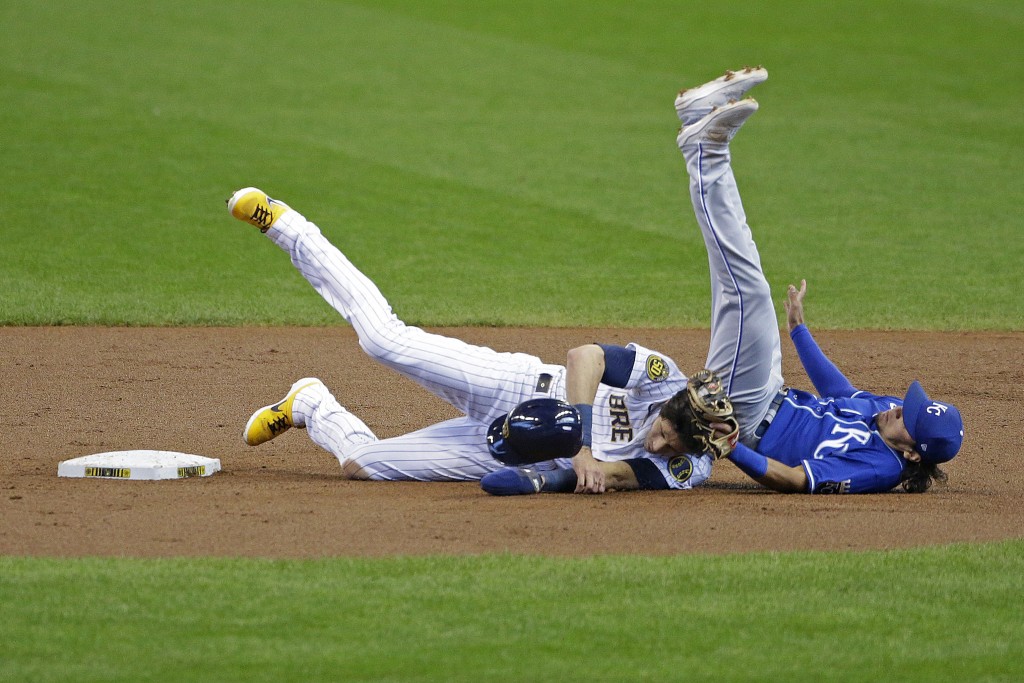 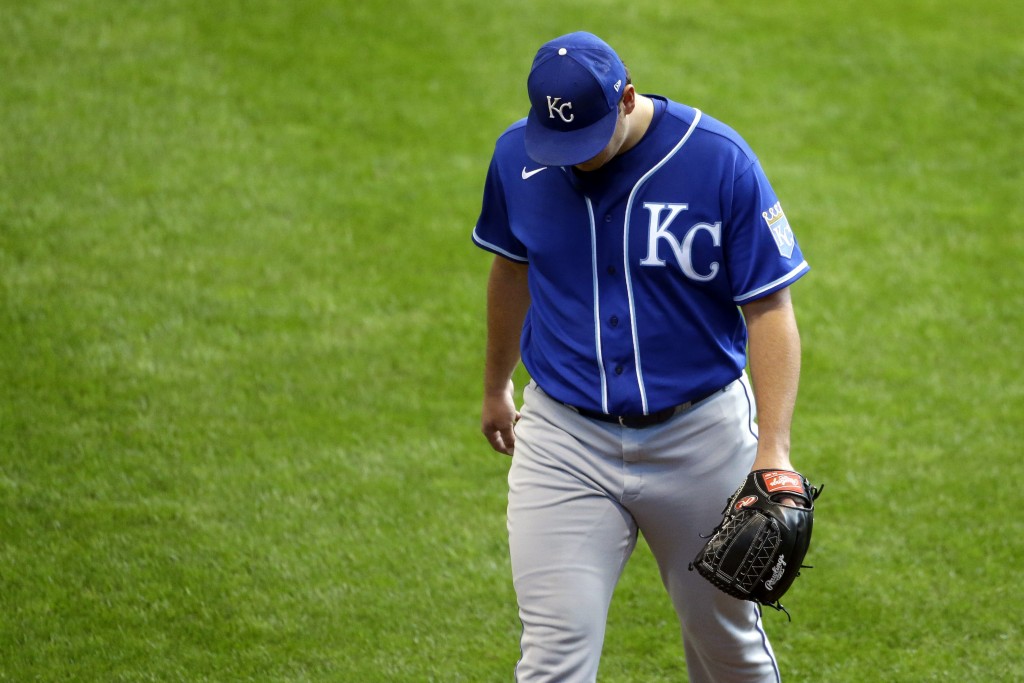 MILWAUKEE (AP) — Daniel Vogelbach belted a pair of homers and drove in all five runs as the Milwaukee Brewers beat the Kansas City Royals 5-3 on Sunday to sweep the three-game interleague matchup.

Vogelbach, claimed by the Brewers off waivers earlier this month, hit a two-run home run to straightaway center with two outs in the first off Brad Keller (4-3). He blasted a three-run opposite-field shot to chase Keller in the sixth. Vogelbach has three home runs since joining the Brewers and five on the season.

Vogelbach had a chance to do even more damage but struck out with the bases loaded in the seventh in a seven-pitch at-bat.

Milwaukee closed out the regular-season schedule at Miller Park in what was possibly the final home game in a Brewers uniform for Ryan Braun, the 2007 NL Rookie of the Year and the 2011 MVP who has spent his entire 14-year career with the franchise. Braun, who will turn 37 in November, is in the final guaranteed year of a five-year, $105-million contract extension signed in 2011.

The Brewers improved to 26-26 with their fourth consecutive win and reached the .500 mark for the first time since they were 11-11.

Josh Lindblom (2-3), who was reinstated from the bereavement list prior to the start of the game, turned in another effective outing for the Brewers. He gave up one run and three hits in 5 1/3 innings, with two strikeouts and no walks.

Lindblom tossed five shutout innings on Monday in a no-decision against St. Louis and also made two scoreless relief appearances between starts.

Josh Hader retired the lone batter he faced to notch his 10th save in 12 tries after Salvador Perez hit a two-run homer in the ninth off Brent Suter to cut the lead to 5-3.

The Royals plated their first run in the sixth on Whit Merrifield’s RBI groundout.

Keller, who pitched a five-hit shutout in an 11-0 win in his previous start on Sept. 13 against Pittsburgh, gave up five hits and five runs in five innings.

Royals: 2B Nicky Lopez was briefly shaken up after Christian Yelich slid into his left leg while breaking up a double-play attempt in the first. Lopez remained in the game.

BREWERS: Placed OF Ben Gamel on 10-day injured list with a left quadriceps injury. …Braun, who has been dealing with lower back stiffness, started at DH with Vogelbach playing first.

Royals: RHP Carlos Hernández (0-0, 3.86) will make his second career start with Kansas City opening a three-game set at home against St. Louis. Hernandez didn't earn a decision in his first career outing, a Royals’ 7-4 win over Pittsburgh on Sept. 12, in which he allowed three runs on three hits, all solo homers, in three innings.

Brewers: RHP Brandon Woodruff (2-4, 3.45) will take the mound as Milwaukee begins a three-game series at Cincinnati. Woodruff is 3-2 with a 4.25 ERA in seven career games (five starts) against the Reds.