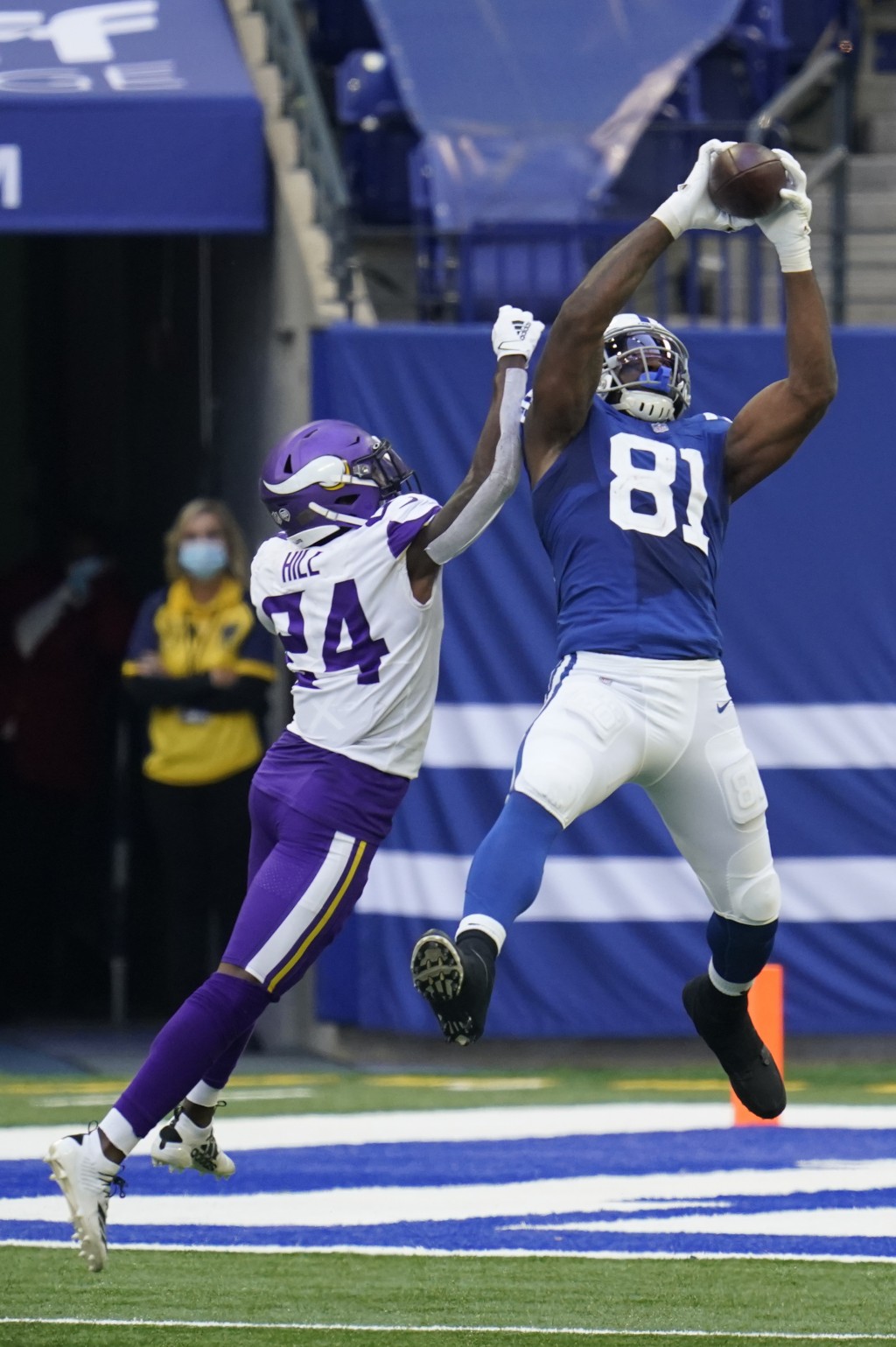 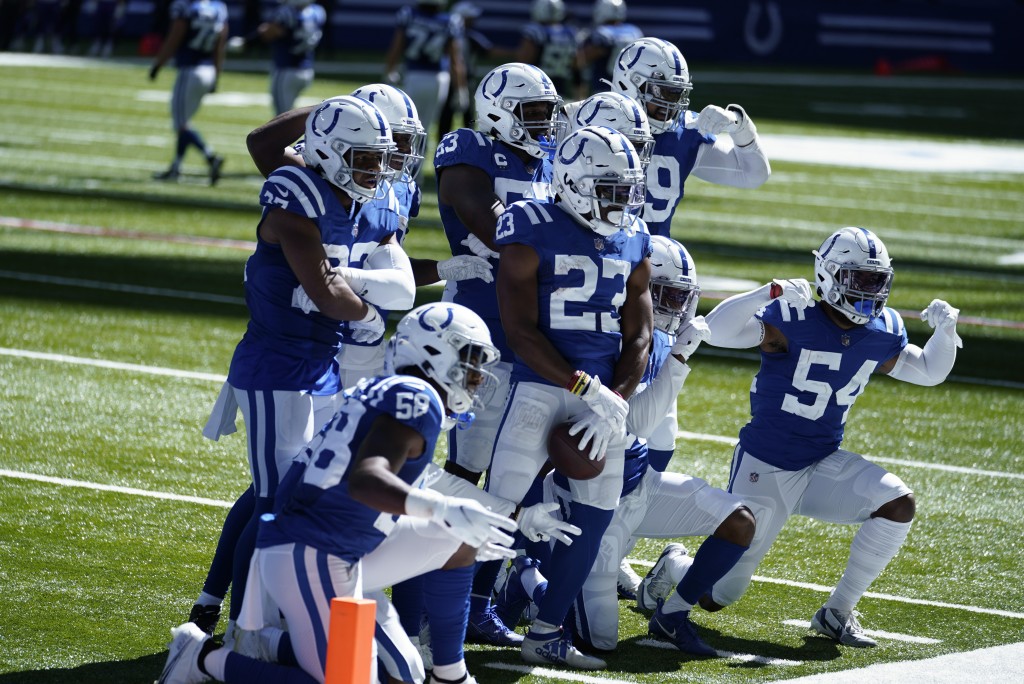 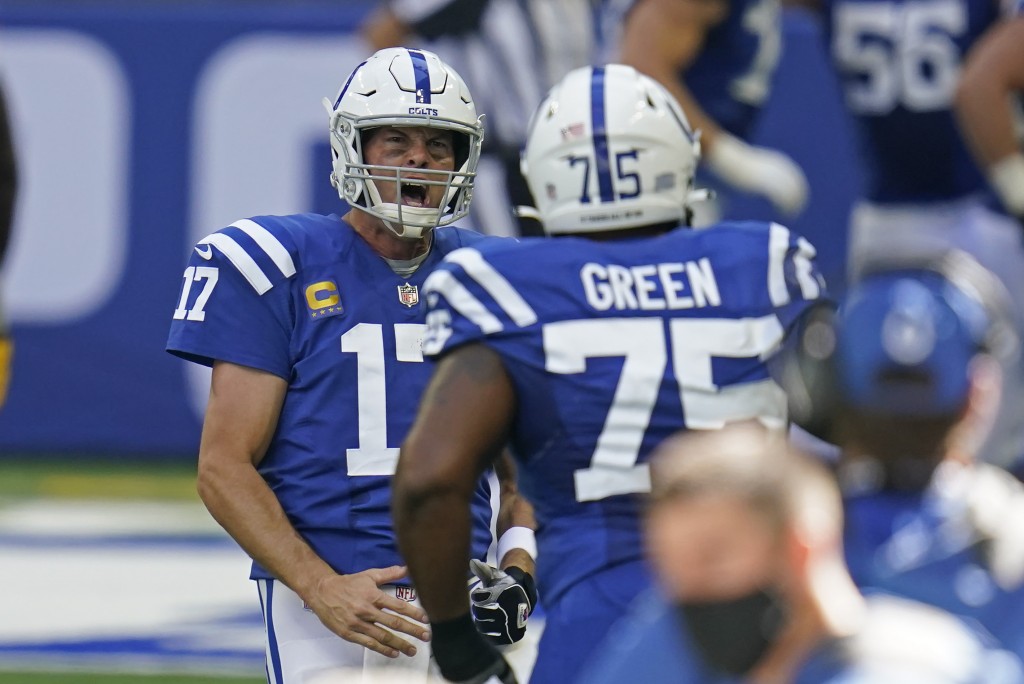 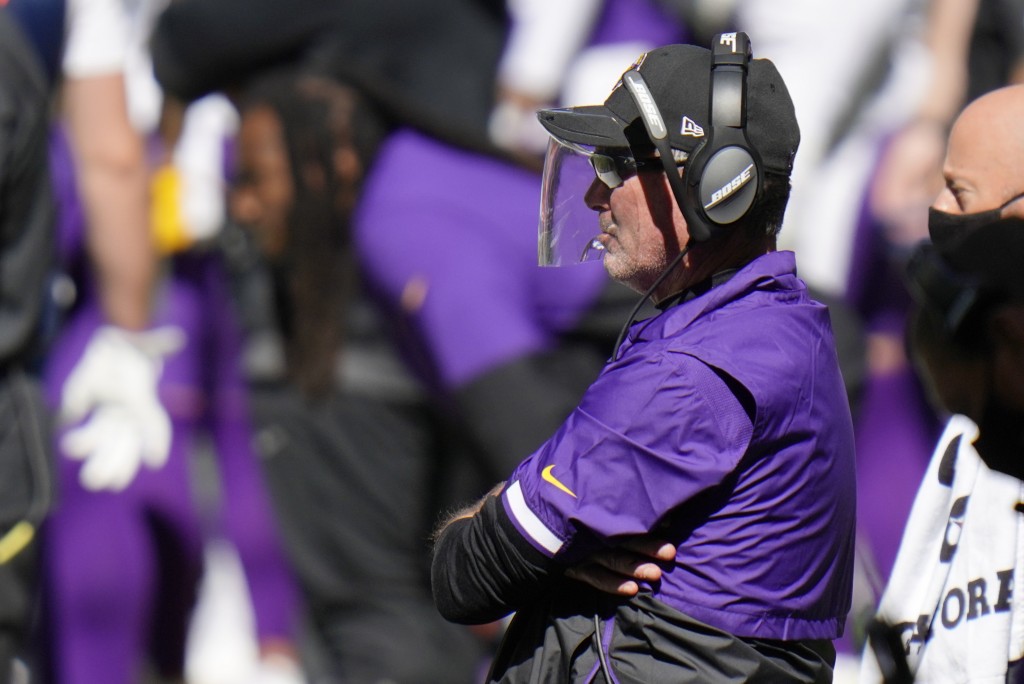 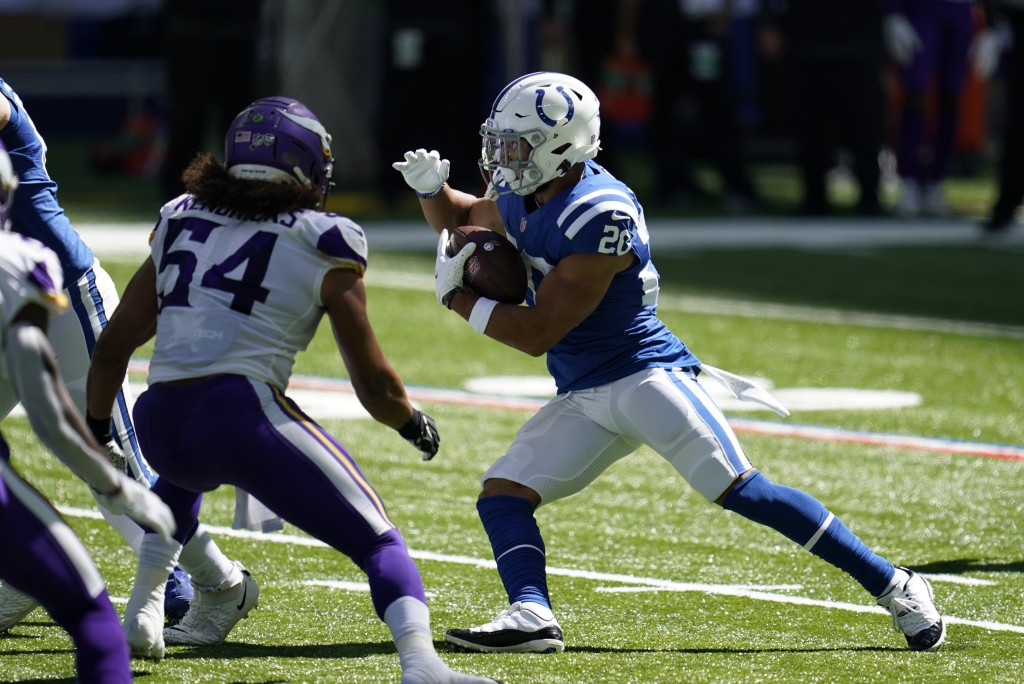 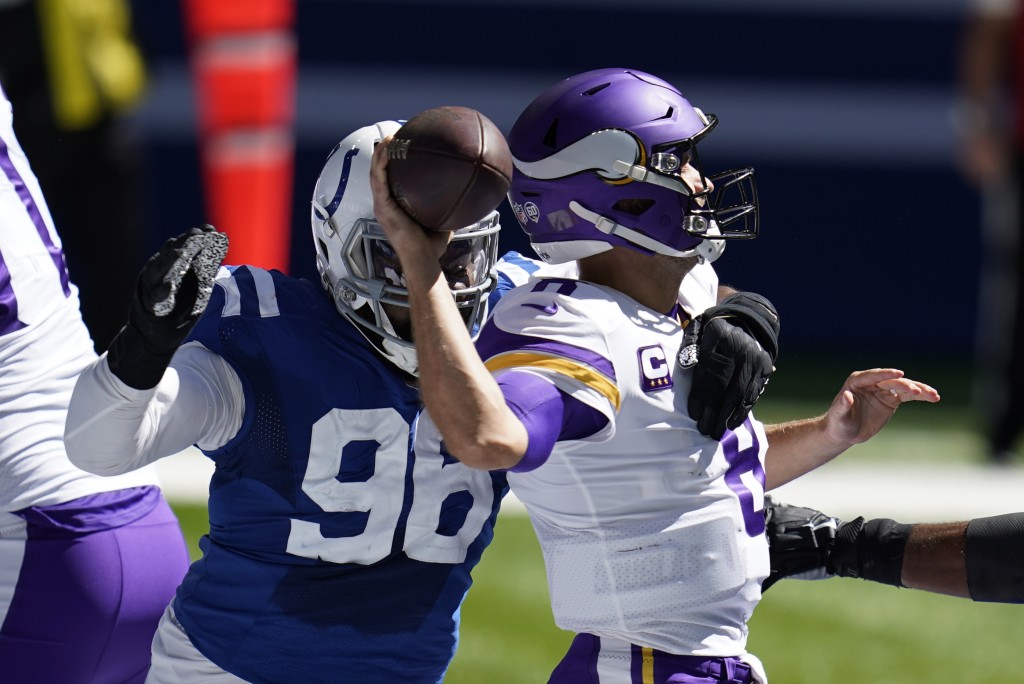 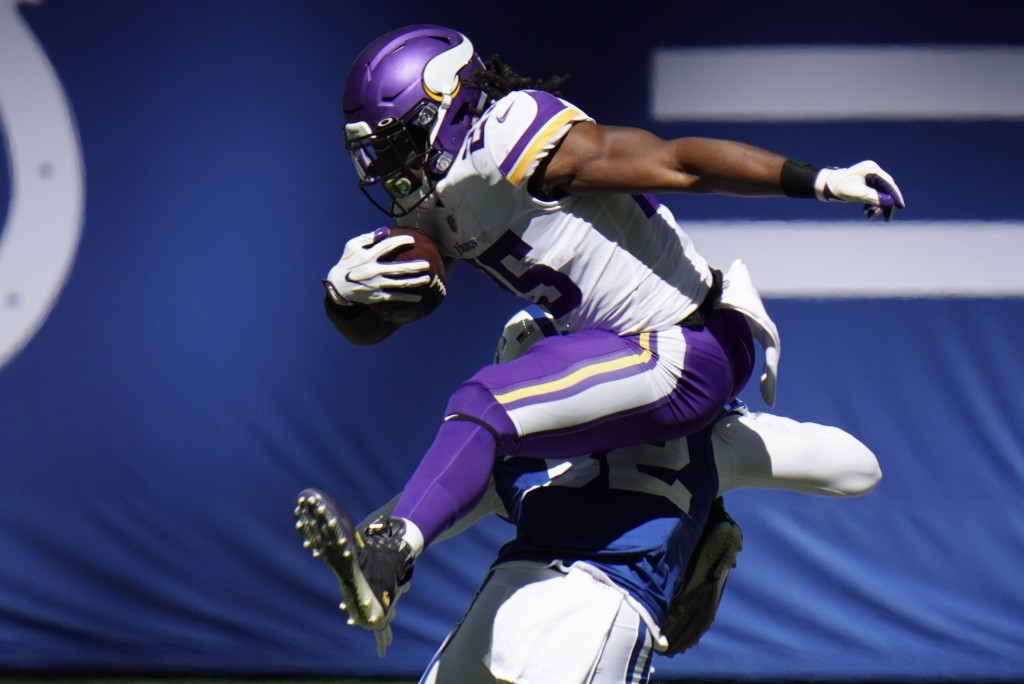 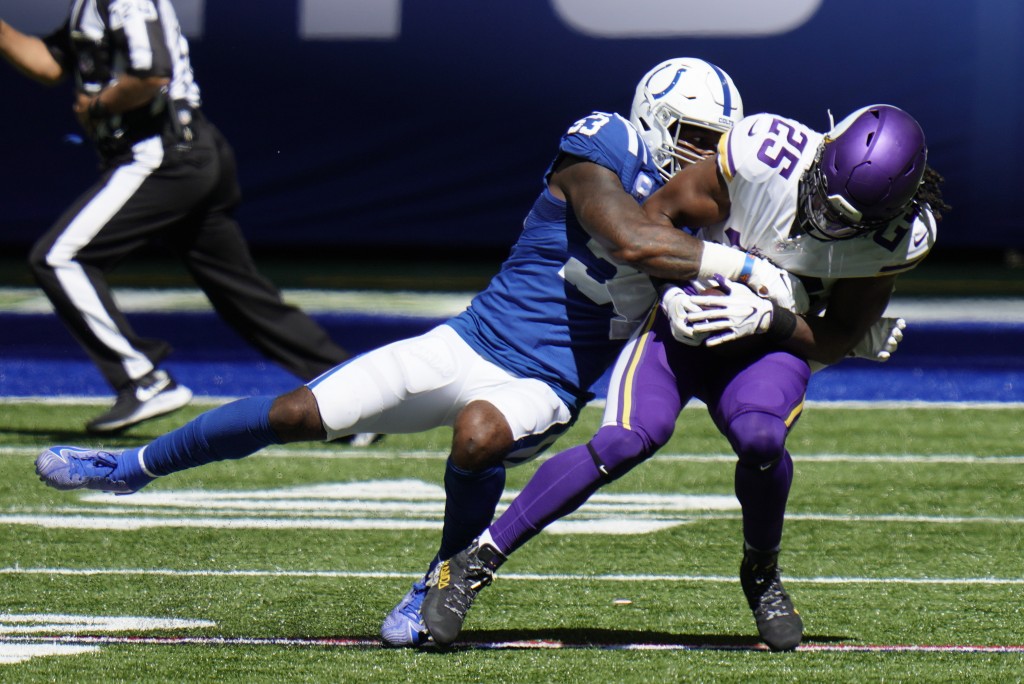 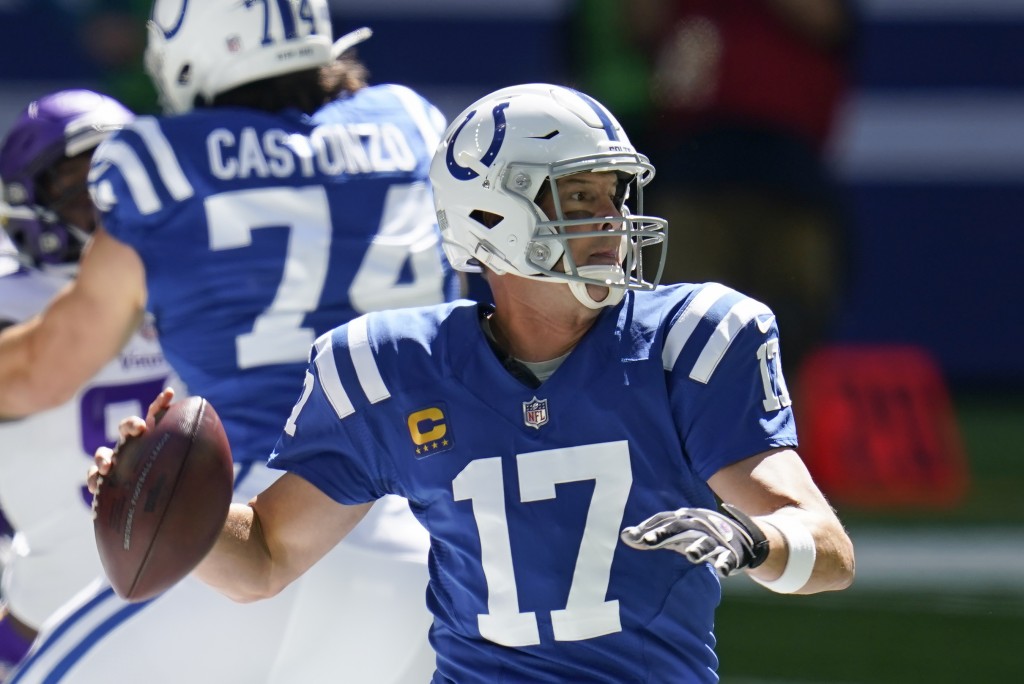 He made Sunday's hefty workload look pretty easy, too.

The 21-year-old running back rushed 26 times for 101 yards and scored a touchdown in his first NFL start, leading the Indianapolis Colts past Minnesota 28-11.

Taylor celebrated his first win inside Lucas Oil Stadium, after losing three Big Ten championship games in the stadium, in front of about 2,500 fans. He became the first Colts' rookie in eight years to top the 100-yard mark, and it helped Philip Rivers win his first game with Indy (1-1).

Michael Pittman Jr. caught four passes for 37 yards, Julian Blackmon tipped the ball to Khari Willis for an interception and Rodrigo Blankenship made all four of his field-goal attempts.

The Colts had a nearly 17-minute edge in time of possession, too, as they improved to 12-0 all-time against the Vikings in home games.

It was another ugly day for Minnesota. Kirk Cousins had a 0.0 passer rating late into the third quarter, thanks in part to drops, one of which sailed through the hands of Bisi Johnson and into the arms of Colts cornerback Kenny Moore II.

It was that kind of day for Minnesota, which is 0-2 for the first time since 2013 and has lost five of its past six games including last season's playoff loss.

Cousins was 11 of 26 with 113 yards and three interceptions and was tackled in the end zone for a safety for the second straight week.

Minnesota took a 3-0 lead on its opening possession, but Taylor's 5-yard TD run early in the second quarter gave Indy a 7-3 lead. The safety made it 9-3 and Blankenship made three field goals before Zach Pascal caught a 2-yard TD pass from Rivers to make it 25-3.

Dalvin Cook scored on a 5-yard run before the Vikings closed out the scoring with a 2-point conversion in the waning minutes.

Vikings: Linebacker Anthony Barr, a four-time Pro Bowler, did not return after injuring his shoulder in the first half and running back Mike Boone entered the concussion protocol in the second half.

Colts: Starting cornerback Rock Ya-Sin showed up to Lucas Oil Stadium with a stomach illness and went to a local hospital for further evaluation. Receiver Parris Campbell was carted off the field after hurting his left knee on the Colts second play and backup linebacker Matthew Adams was helped off the field with a left ankle injury. Safety Malik Hooker also did not finish the game after hurting his Achilles tendon.

According to Pro Football Reference, the only other time Minnesota had safeties in back-to-back games was December 2007.

But now it's actually happened in three straight — going back to last season's regular-season finale.

Cousins didn't actually go down this time, bullying his way out of the end zone. The refs ruled he was in the grasp. That made it 9-3 with 4:54 and came after Rigoberto Sanchez pinned the Vikings at the 2-yard line on Indy's first punt of the season.

Colts: Can have up to 7,500 fans at next week's home game against the New York Jets.