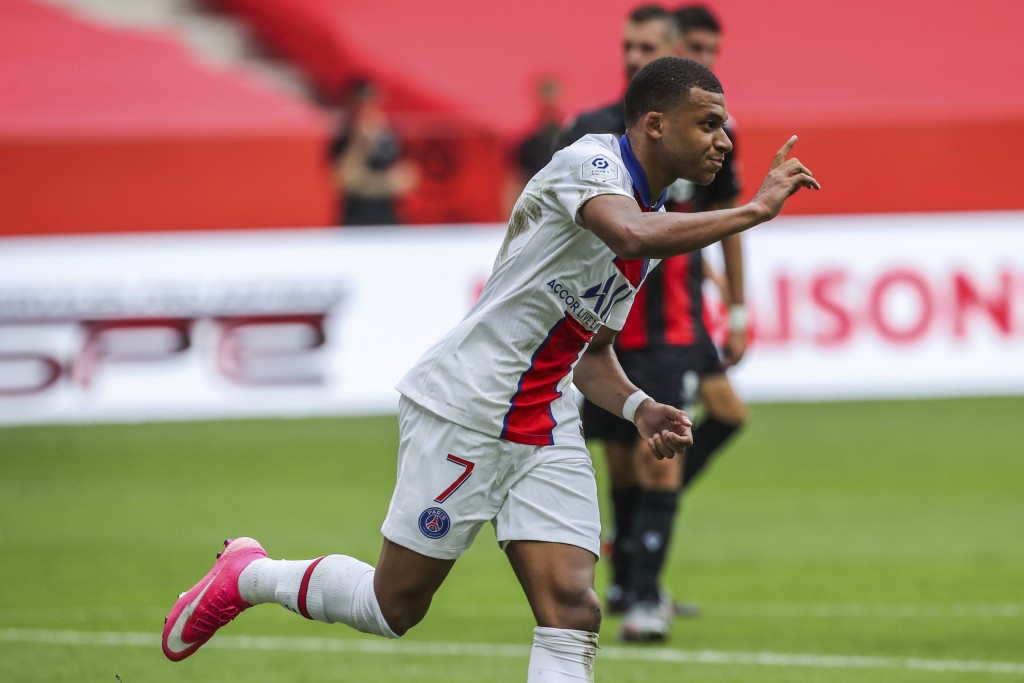 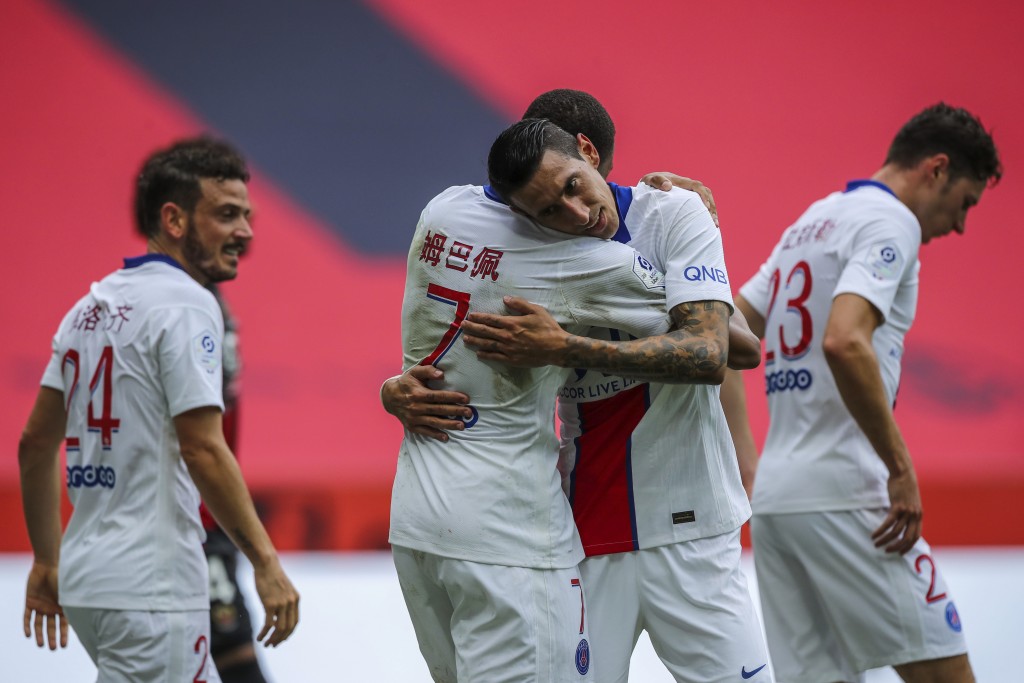 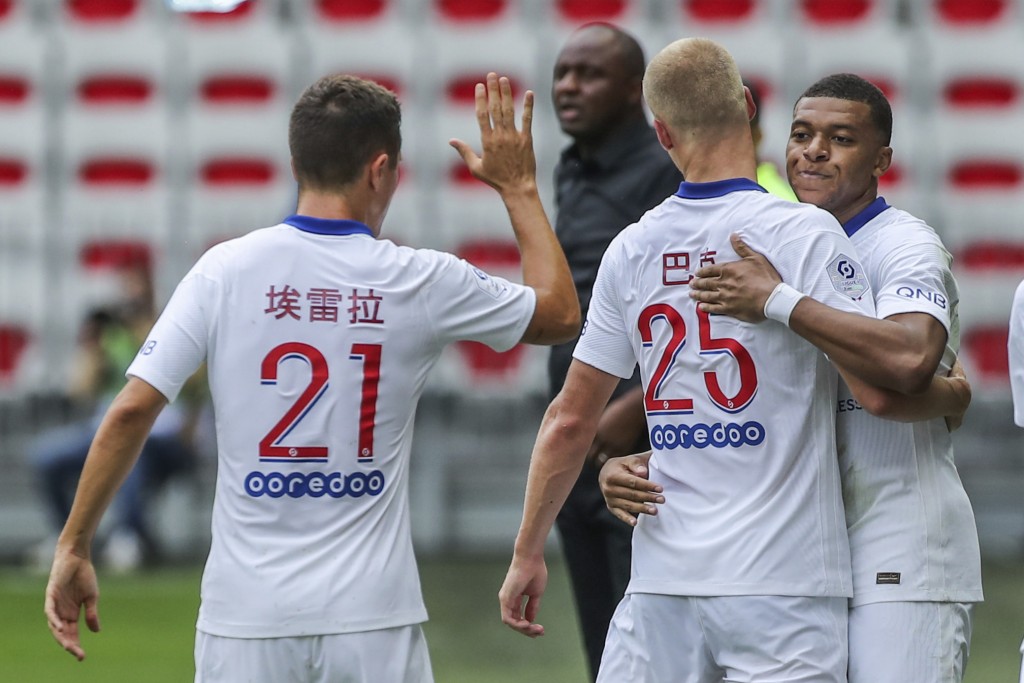 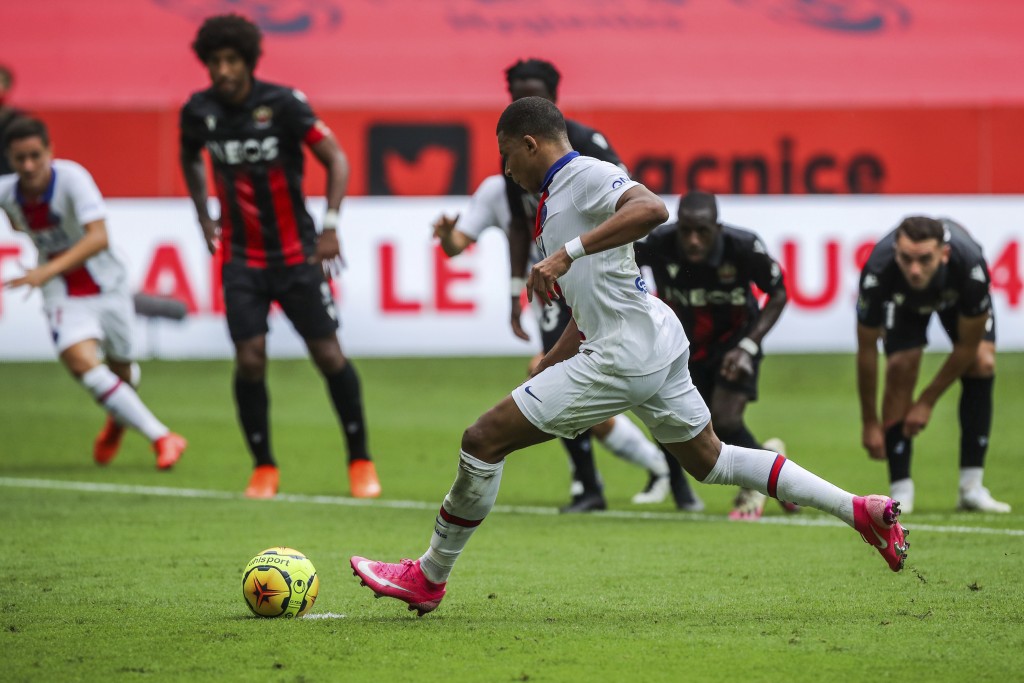 PARIS (AP) — Kylian Mbappé returned to the Paris Saint-Germain side after recovering from the coronavirus and starred in a 3-0 win at Nice on Sunday.

Mbappé won and converted a penalty in the 38th minute and after his fine run and shot was saved in first-half injury time, Ángel Di María tucked the loose ball away from close range.

Di María turned provider when his free kick set up Marquinhos for a header midway through the second half.

A second straight win takes some pressure off coach Thomas Tuchel after PSG lost its opening two games amid a flurry of red cards and Neymar was suspended along with three other players.

But in a blow for Nice, striker Kasper Dolberg and two other first-teamers were absent after testing positive for COVID-19. Coach Patrick Vieira re-shuffled with Amine Gouiri moving from the wing to center forward but he was ineffective.

With the 1 p.m. start time aimed at the Asian television market, PSG's players had their names written using Chinese characters on the back of their jerseys.

Nice went close in the second half. Former Everton midfielder Morgan Schneiderlin’s shot from 20 meters was palmed away by goalie Keylor Navas, who saved with his legs from Rony Lopes.

Navas saved from Youcef Atal before Marquinhos made the game safe, and Mbappé had an effort chalked off for offside before being replaced.

Later Sunday, Saint-Étienne aims for a fourth straight victory when it travels to face Nantes.