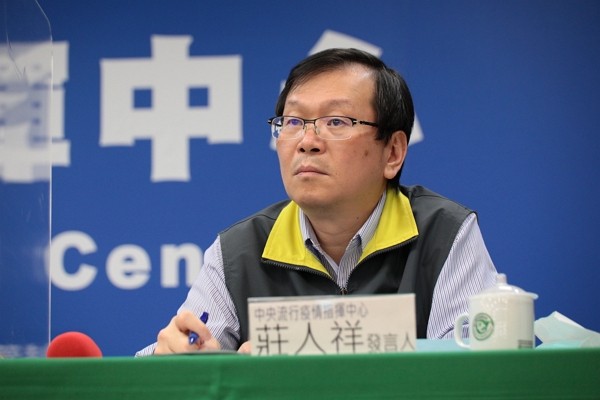 TAIPEI (Taiwan News) — Taiwan's Central Epidemic Command Center (CECC) on Sunday (Sept. 20) announced that one new case of Wuhan coronavirus (COVID-19) has arrived from the Philippines, bringing the total up to 507.

During a regular press conference, CECC Spokesman Chuang Jen-hsiang (莊人祥) said Case No. 507 is a woman from the Philippines in her 30s who came to Taiwan for work on Friday (Sept. 18). He said she did not display any coronavirus symptoms when she arrived in Taiwan and was sent to a quarantine center by health staff at the airport.

She was officially diagnosed with the disease Sunday and was placed in a hospital isolation ward. According to the CECC, she has yet to present any symptoms of the virus.

Chuang said the health department has identified a total of 23 people who came in contact with the woman during the flight to Taiwan. Among them, nine people who sat in the rows directly in front and behind of her have been told to begin home isolation, while the 14 crew members are being asked to self-monitor their health.

Since the outbreak began, Taiwan has reported 507 coronavirus cases, including 415 imported, 55 local, 36 originating from the Taiwan Navy's "Goodwill Fleet," and one case of an undetermined nature: a Belgian engineer who arrived in Taiwan in early May. Meanwhile, the death toll remains at seven.