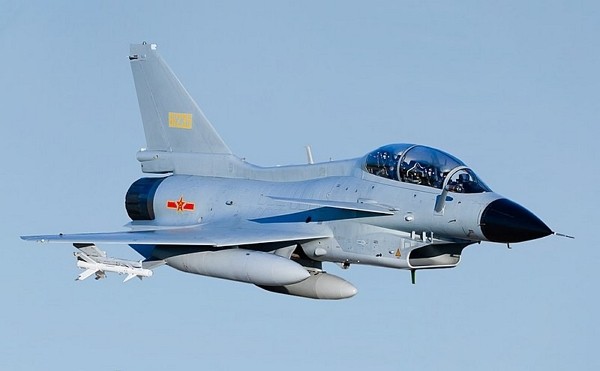 On Friday (Sept. 18) and Saturday, 37 Chinese warplanes crossed the midline of the Taiwan Strait and entered into multiple sectors of Taiwan's ADIZ. The Ministry of National Defense (MND) said the Chinese jets were extremely close to penetrating Taiwan's sovereign airspace and the incursions were likely China's attempt to warn against U.S. Undersecretary of State Keith Krach's trip to Taiwan.

In an interview, Su pointed out that it is obvious the Chinese military wants to hit out at the U.S. for establishing closer ties with Taiwan. He said the increasing number of Chinese fighter jets entering Taiwan's ADIZ clearly demonstrated Beijing's concerns over recent U.S.-Taiwan developments.

Su believes that Beijing's military pressure will not yield the results it intends. Emphasizing that both the U.S. and the EU have publicly criticized the Chinese Communist Party's (CCP) incursions, he said China will give the "Taiwan issue" more publicity if it continues to derail from international law and democracy, reported CNA.