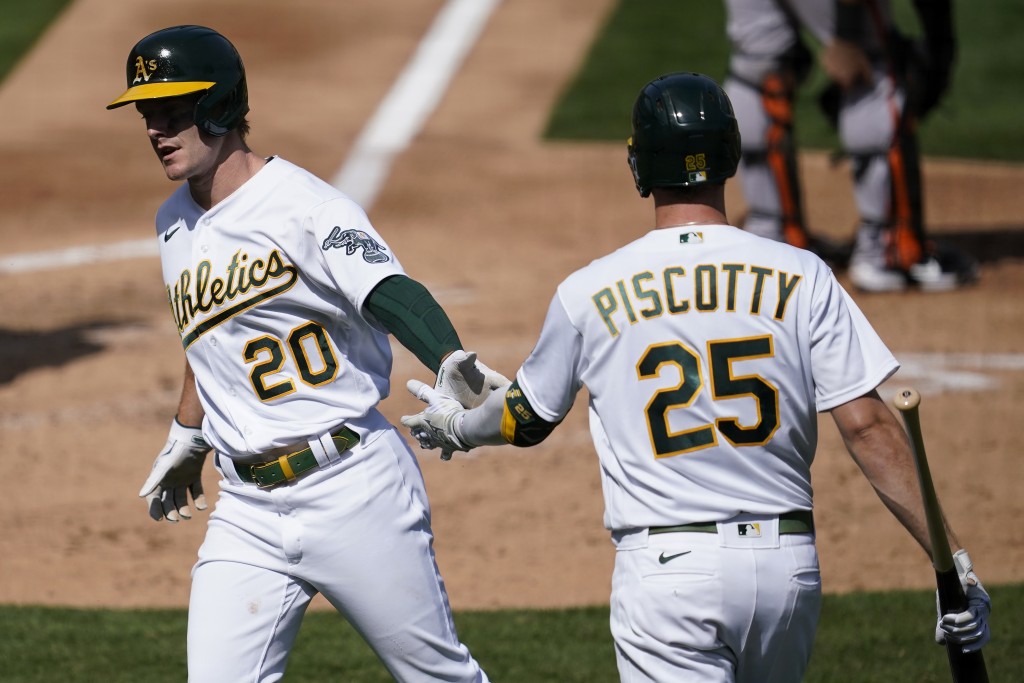 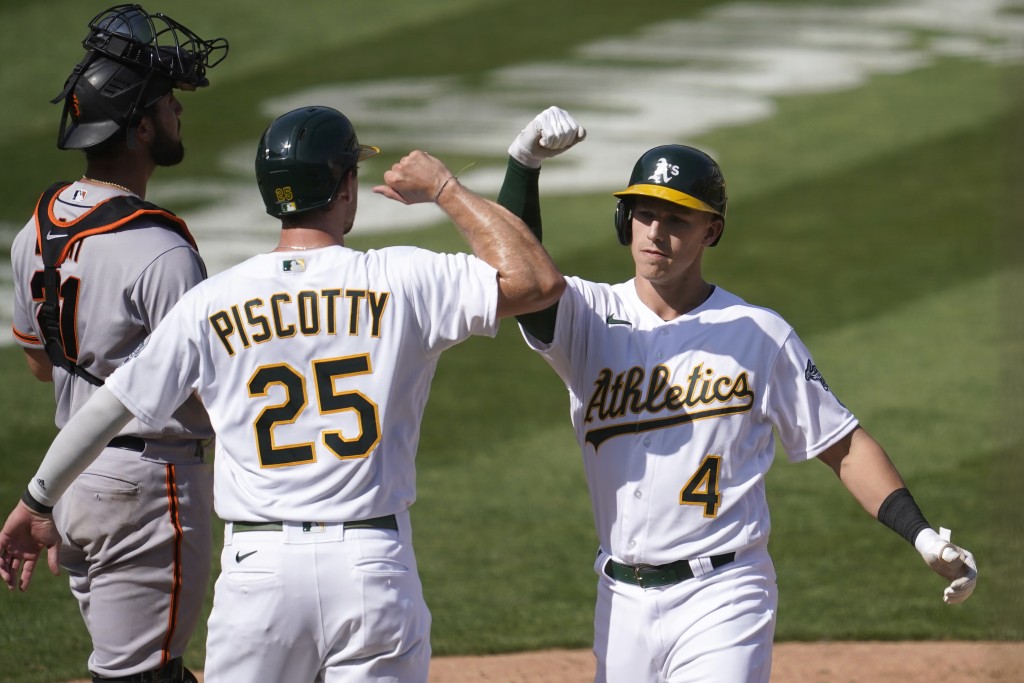 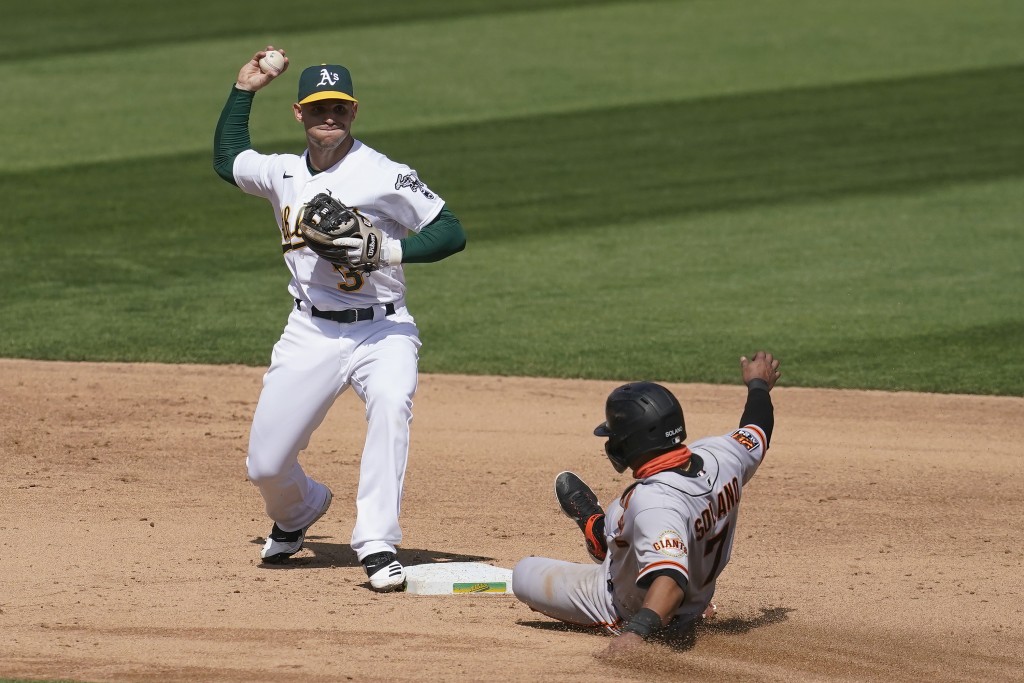 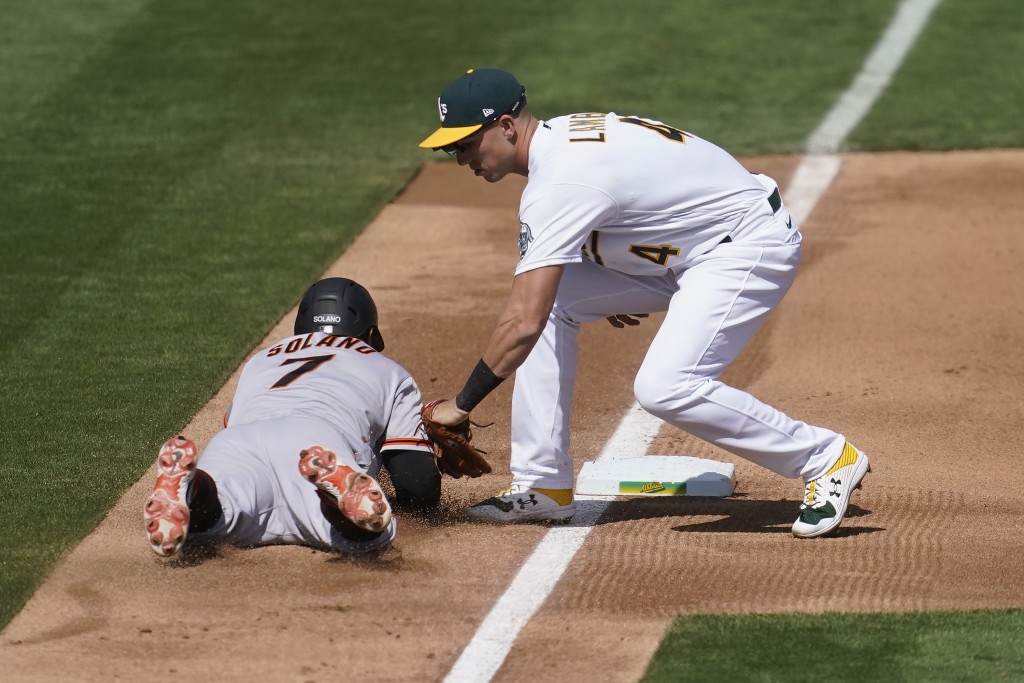 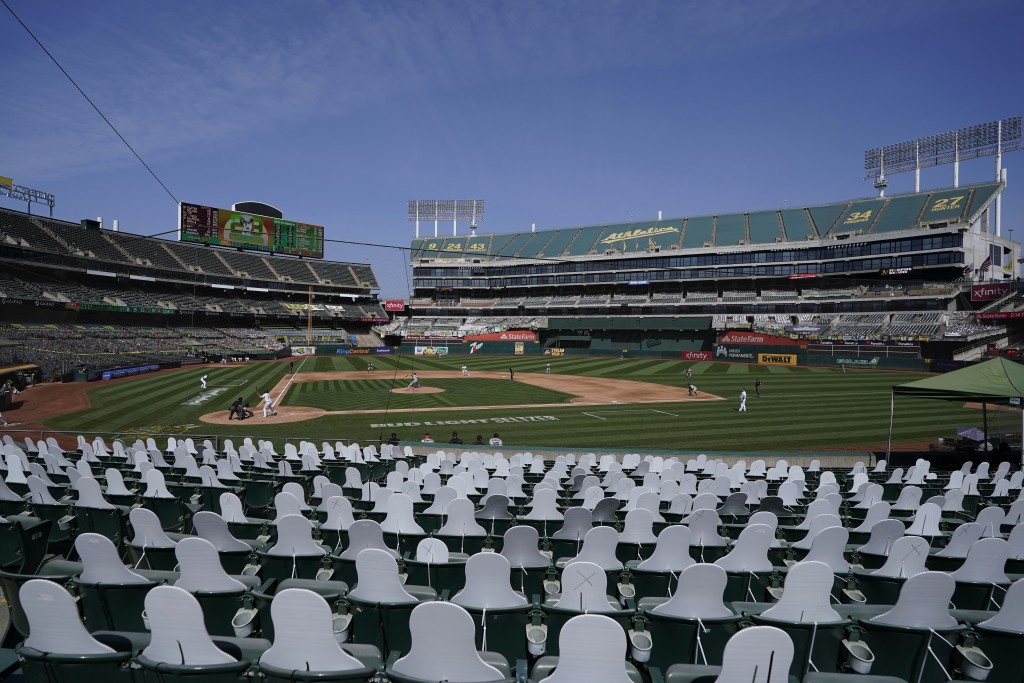 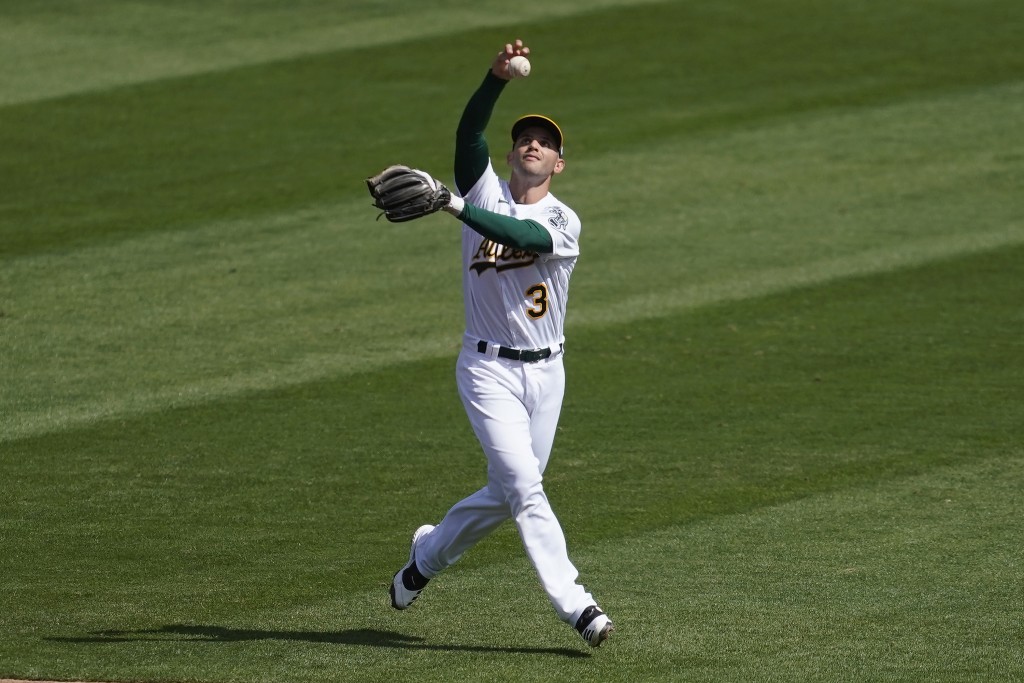 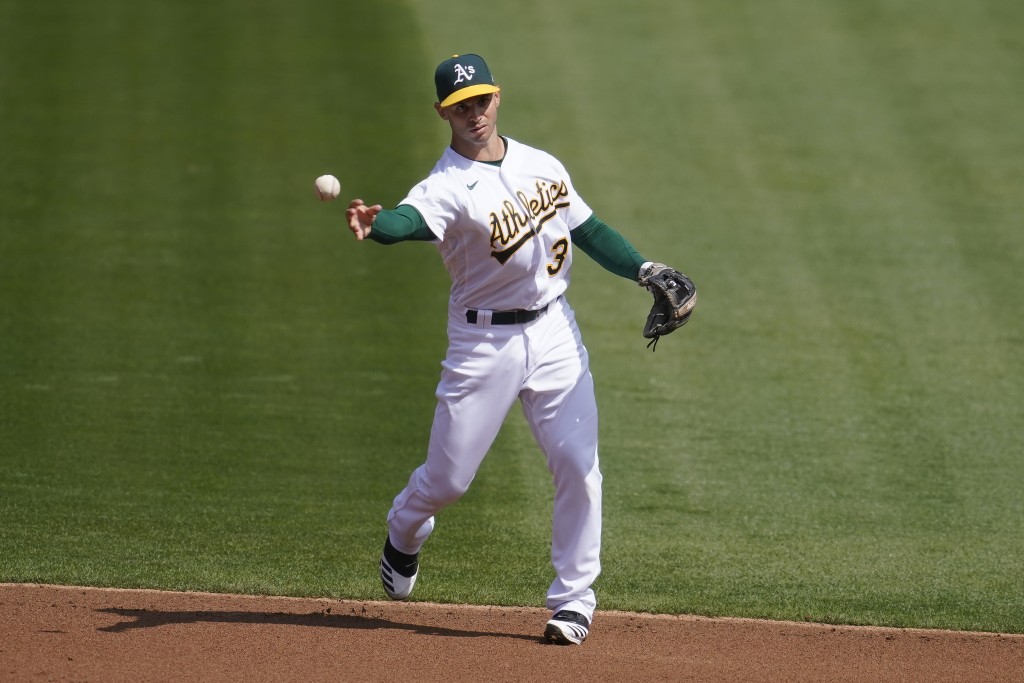 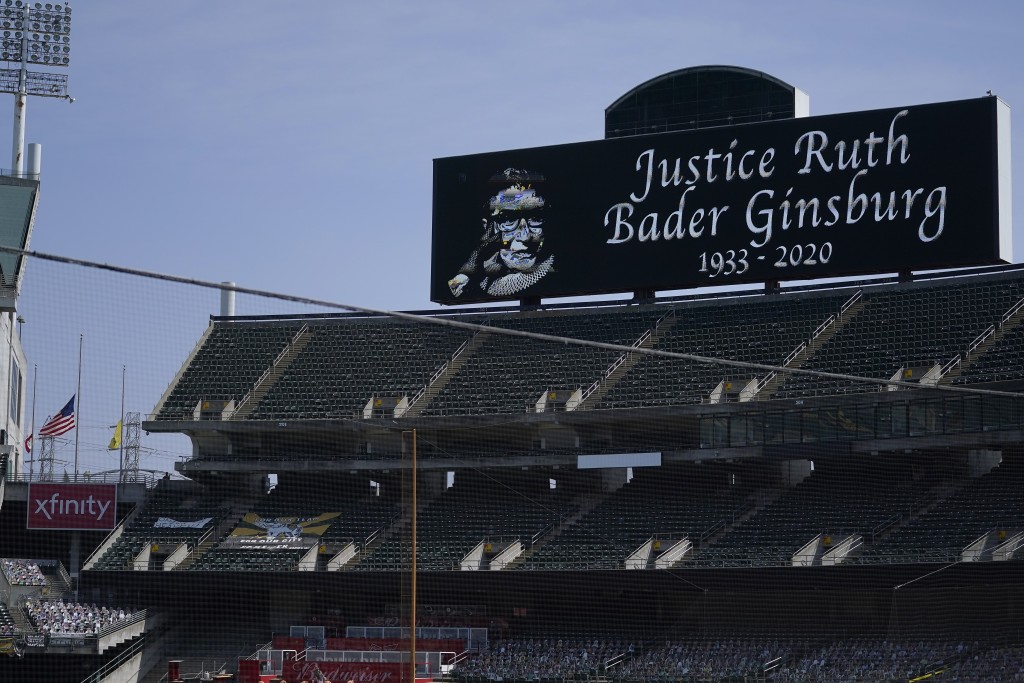 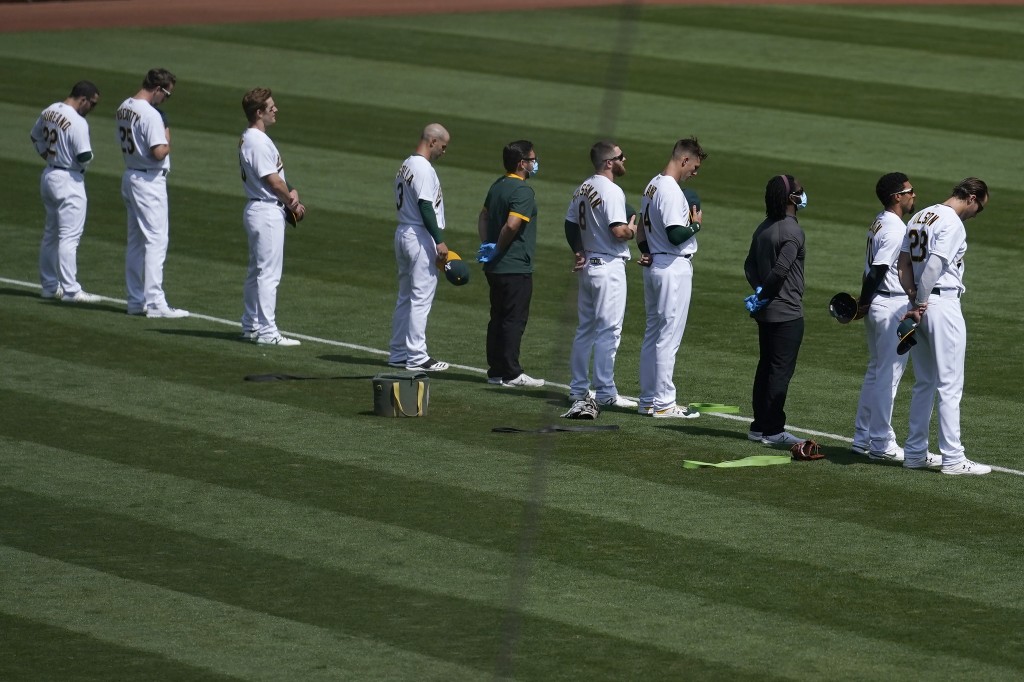 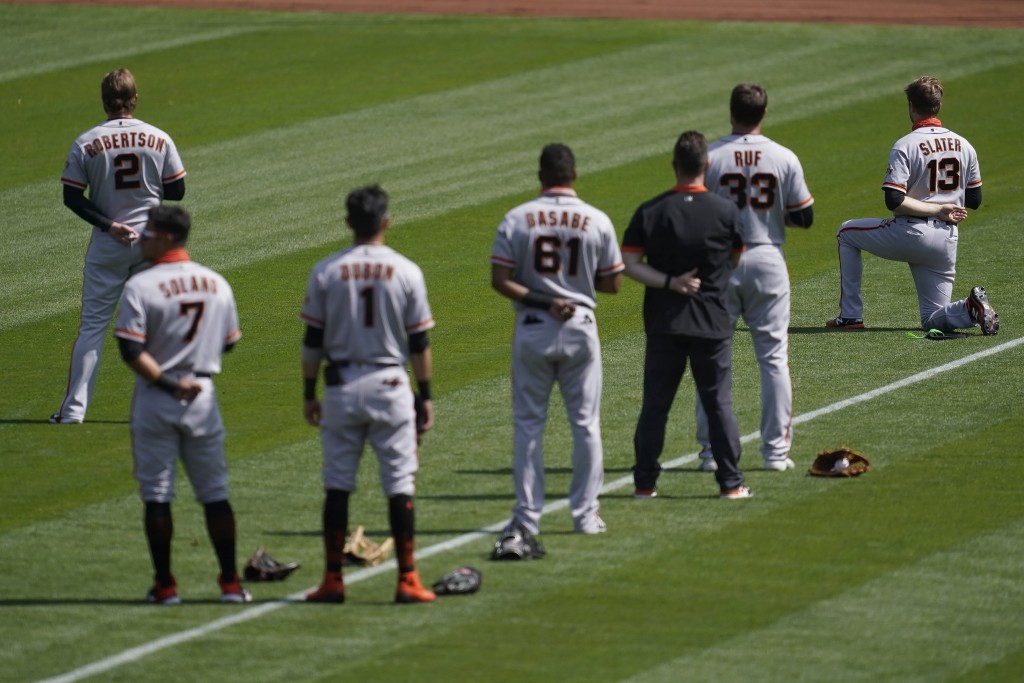 OAKLAND, Calif. (AP) — Jake Lamb hit a two-run homer once Oakland finally got to San Francisco's bullpen, and the playoff-bound Athletics beat the Giants by the same 6-0 score for a second straight game Saturday.

Lefty starter Jesús Luzardo (3-2) gave up five hits over six innings, striking out seven without a walk. He ended a four-start winless stretch.

The A's clinched their third straight postseason berth with a 6-0 win Friday night and were closing in on the club's first AL West crown since 2013. Oakland would clinch the division crown with a loss by Houston to Arizona later at night.

Kevin Gausman (3-3) struck out six in six innings and stymied the slugging A's after missing his last turn because of elbow soreness. He didn't allow a baserunner until Mark Canha's two-out walk in the fourth, and Matt Olson's RBI single moments later got Oakland on the board.

The Giants, dealing with an injury-plagued outfield, gave up a triple to Tommy La Stella in a five-run seventh when a backpedaling Maricio Dubon couldn't make a catch on the warning track in center field. Marcus Semien followed with an RBI double.

Lamb homered for the second time in five games since signing with the A's after being released by Arizona.

Right fielder Stephen Piscotty had a hit in his return to the Oakland lineup after missing four games with a sprained right knee.

A moment of silence was held before first pitch to pay tribute to Supreme Court Justice Ruth Bader Ginsburg, who died Friday at age 87.

The Giants lost for the fifth time in seven games while being held to one or fewer runs in each of those defeats.

How do the A's feel about a short, best-of-three playoff series to start?

Manager Bob Melvin made one thing clear: “We'd like to play at home.”

"It's better than one," said Melvin, whose club lost the AL wld-card game each of the past two years after 97-win regular seasons. “At least it's a three-game series, which is more like baseball. I certainly understand the wild-card dynamic. Its's winner-take-all, it's great theater. There have been a lot of really good games, too. I don't know that winning your division gives you that big of an advantage like maybe it has in the past yet if you do you get all three games at home, which is an advantage. This is just a different season. I don't critique good or bad.”

Giants: RF Mike Yastrzemski, who left Thursday’s win against Seattle in the third with tightness in his right calf, missed a second straight game but remains day to day and not an injured list candidate at this stage. ... RHP Jeff Samardzija, sidelined by an inflamed pitching shoulder, and RHP Reyes Moronta (right shoulder surgery) continue to progress with throwing programs at Sacramento as the season nears its end. They haven't been ruled out to return. “Everything is on the table. This is a stretch of games that's going to determine our ability to get into the postseason,” manager Gabe Kapler said. "We want to preserve as many options as possible. We're going to keep pushing until they're no longer options. I still see both Samardzija and Moronta as options for us."

Athletics: INF Chad Pinder, on the injured list with a strained right hamstring, is yet to resume baseball activity but could do so when the team comes back from its upcoming road trip. ... Melvin will look to get at-bats for Khris Davis while resting some regulars when he can down the stretch. ... RHP Frankie Montas is back from the paternity list and will pitch again during the upcoming visit to Dodger Stadium beginning Tuesday.

The Giants recalled INF Daniel Robertson and LHP Wandy Peralta from their Sacramento alternate site and placed OF Alex Dickerson placed on the paternity list. LHP Andrew Suarez was optioned to Sacramento.

RHP Johnny Cueto (2-1, 4.78 ERA) tries to snap a four-start winless stretch after losing his last time out at San Diego. The A's counter with LHP Mike Minor (1-5, 5.40), coming off a victory in his first start with Oakland.