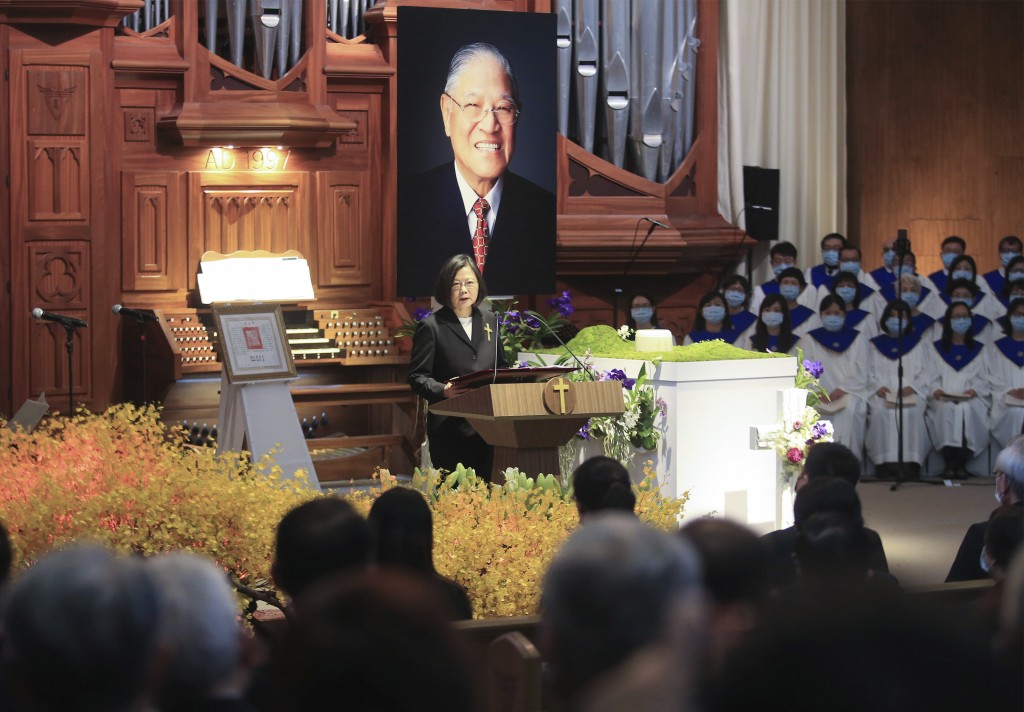 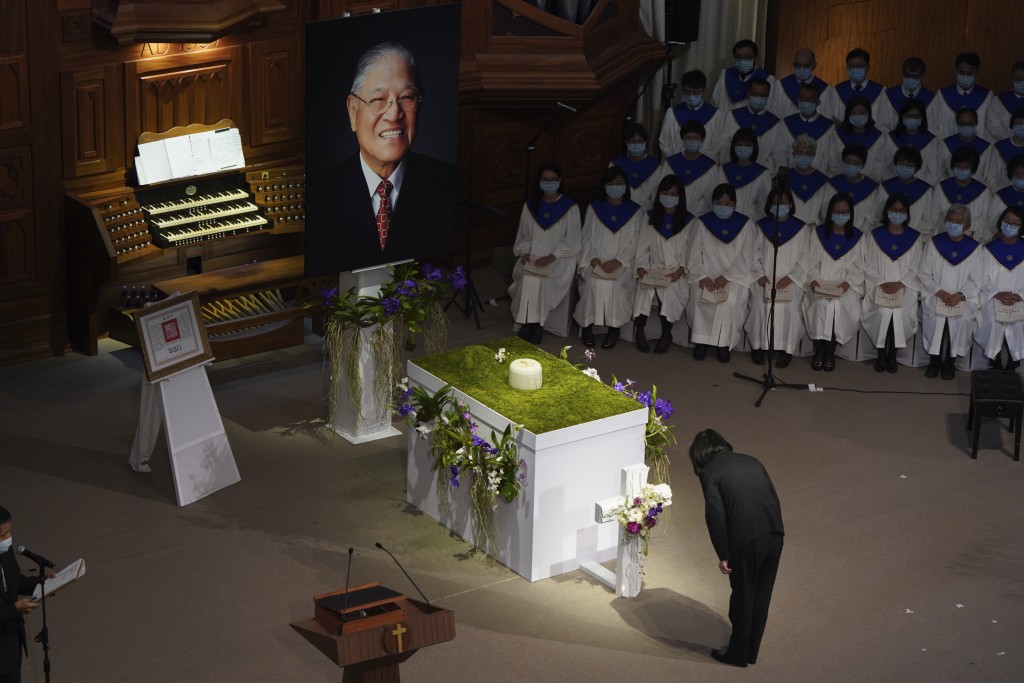 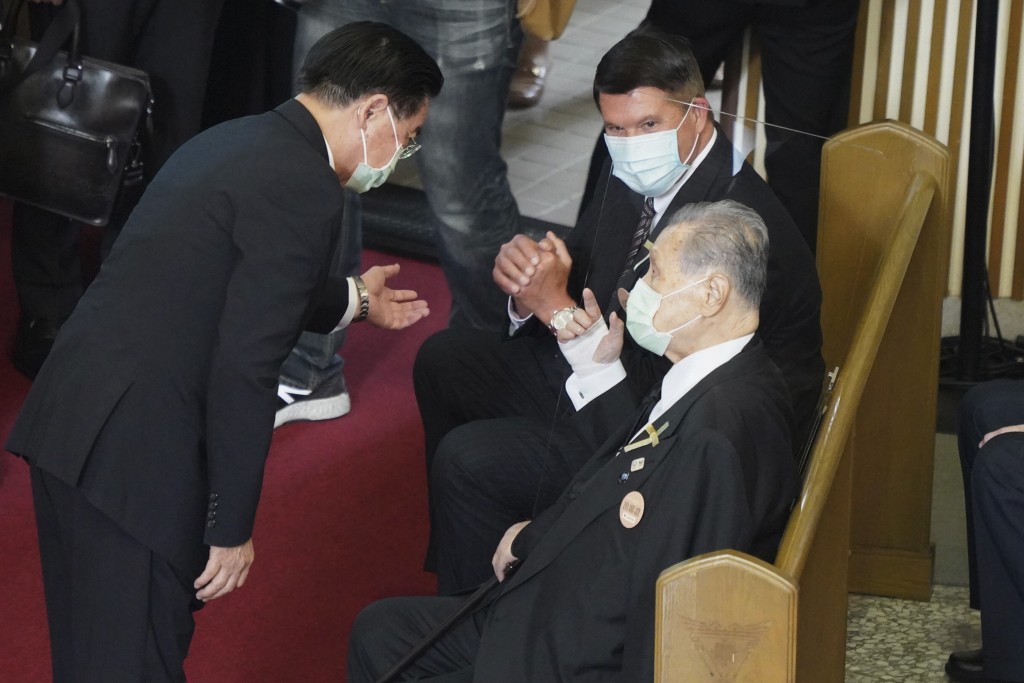 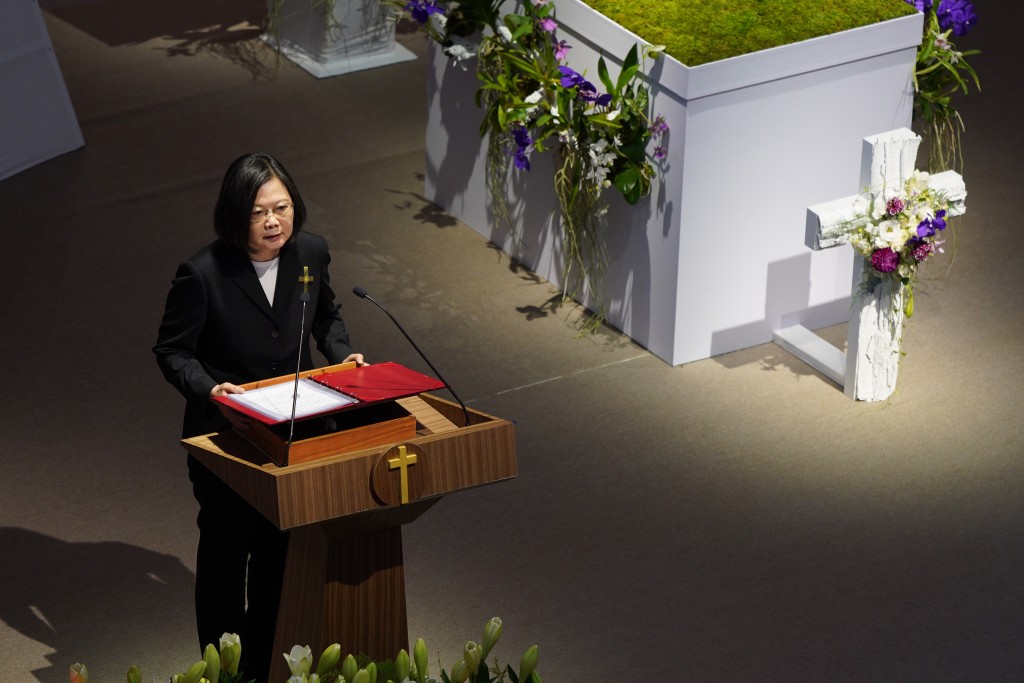 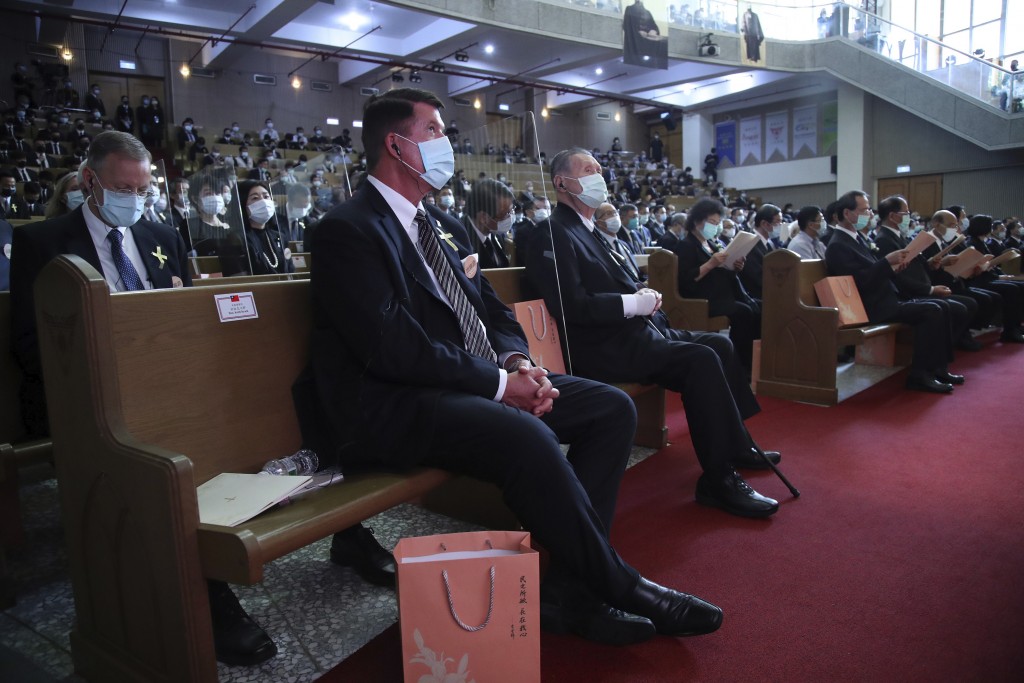 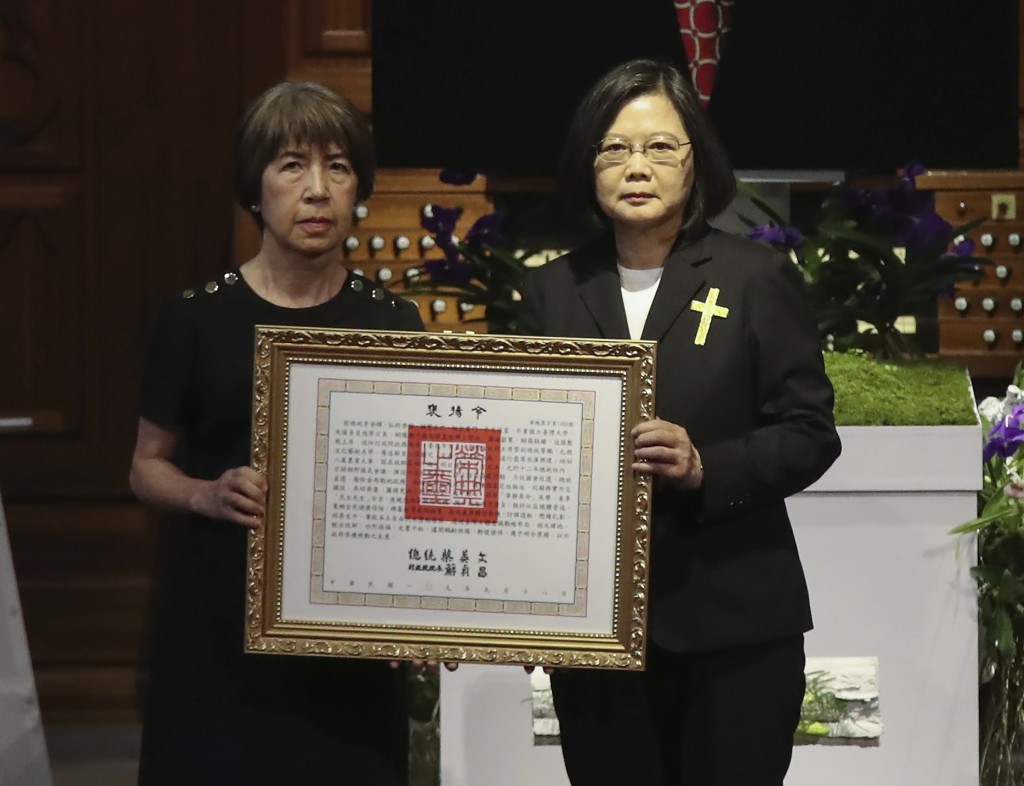 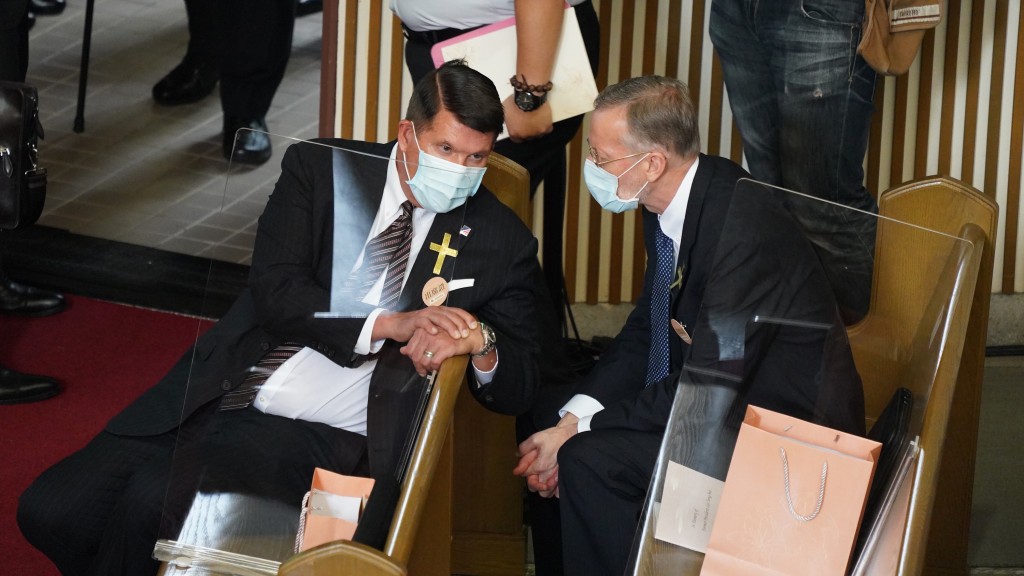 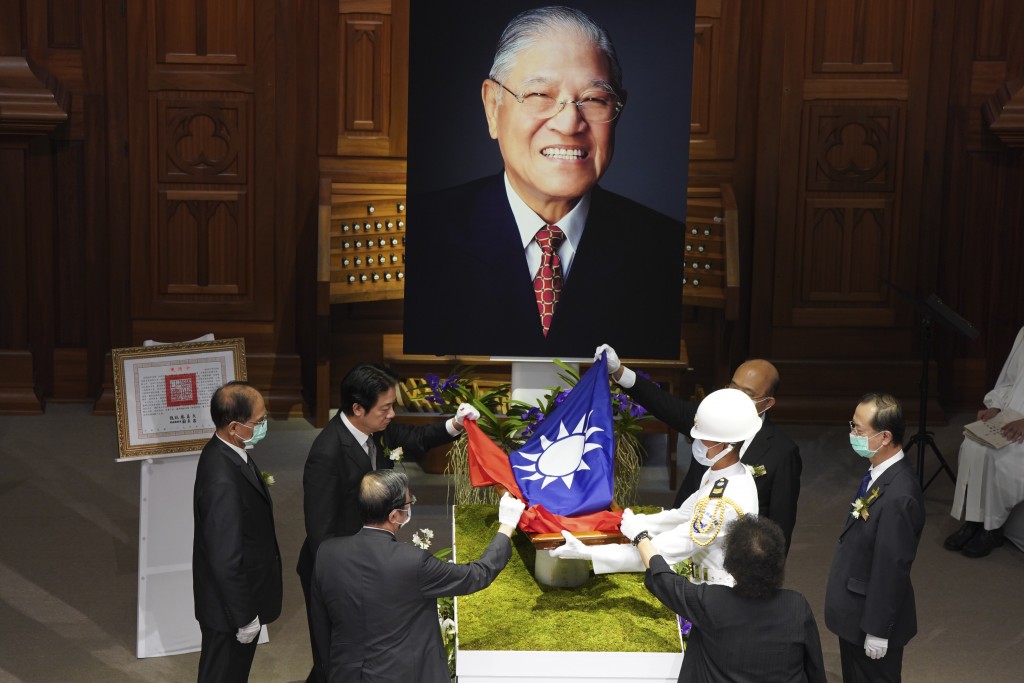 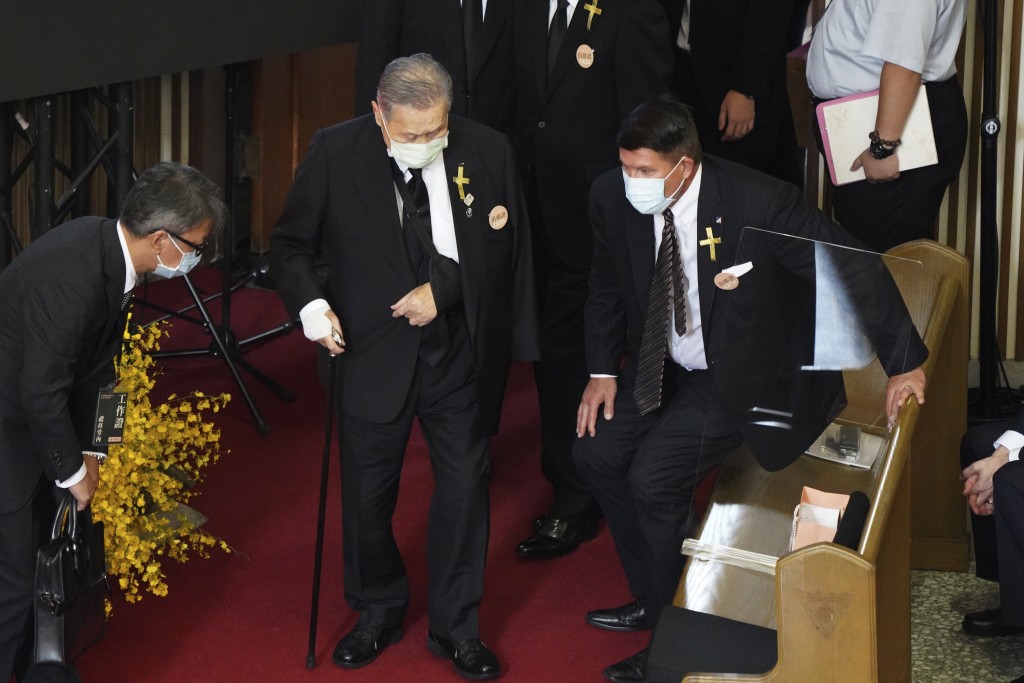 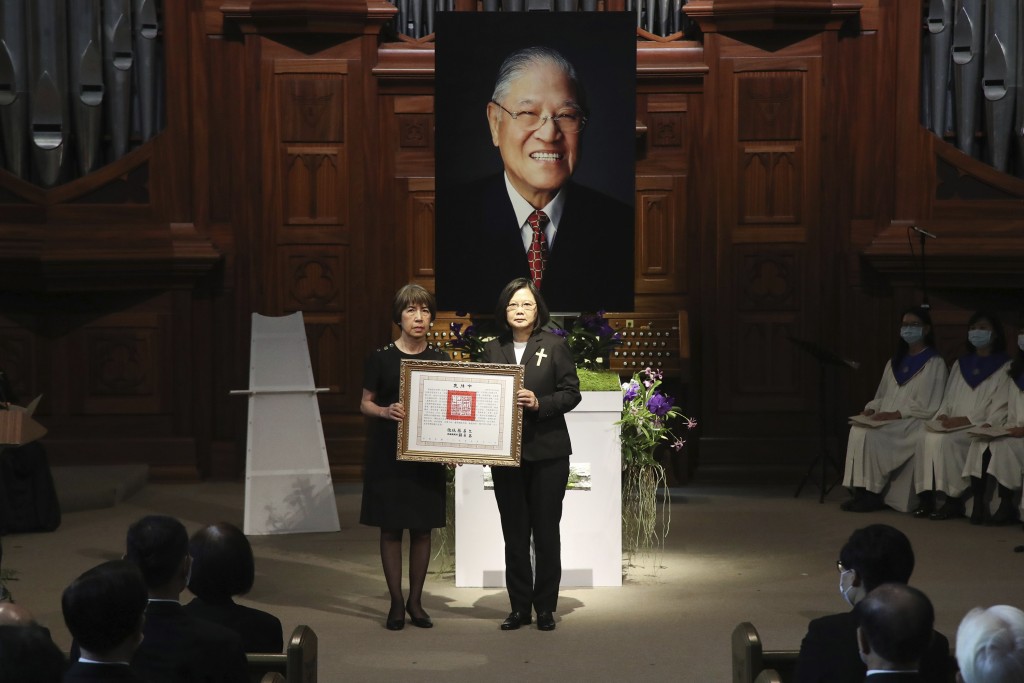 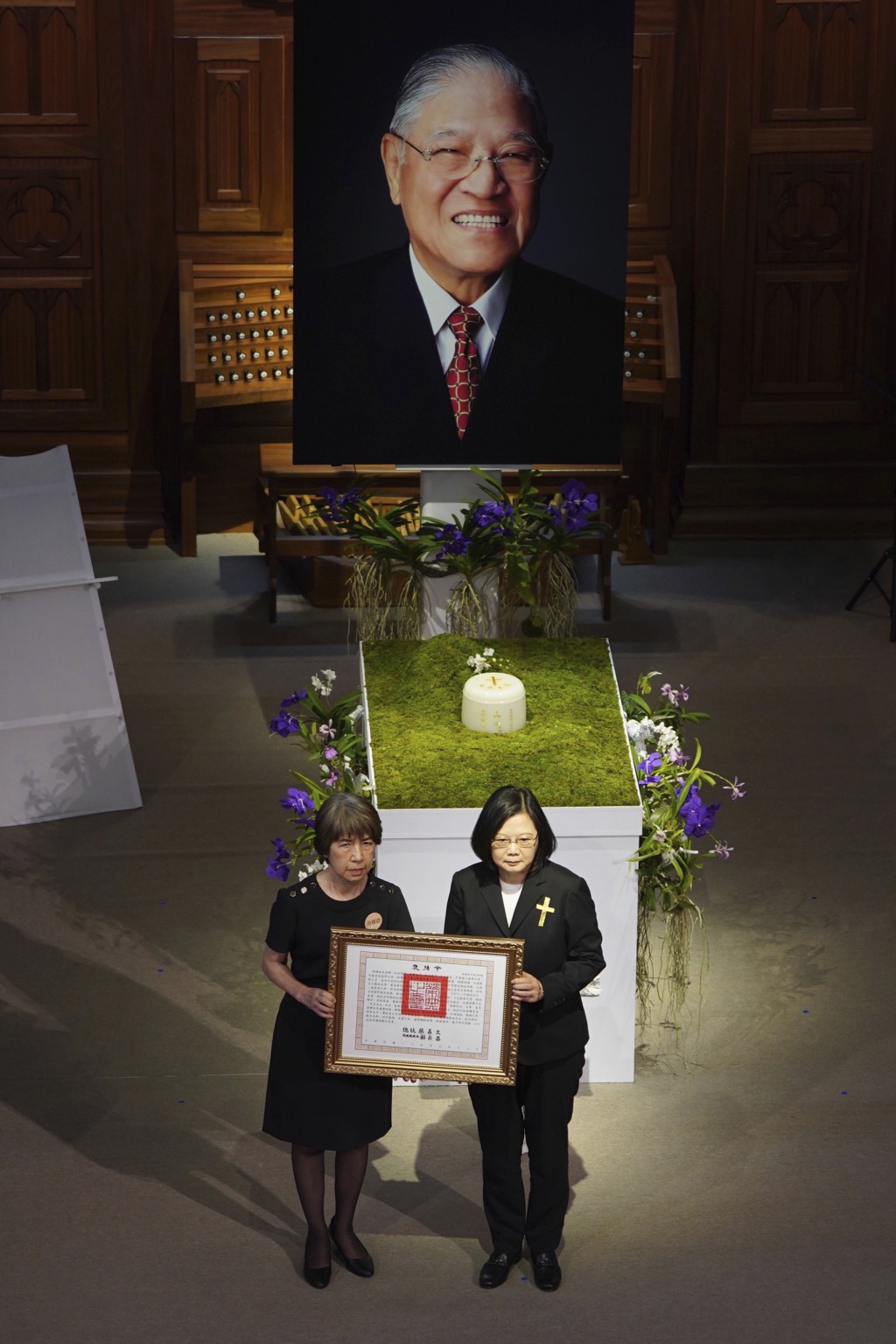 Keith Krach, the U.S. undersecretary for state, kept a low profile at the service. His presence at the event and on the island has drawn a strong rebuke from China, which sent 18 warplanes across the midline of the Taiwan Strait Friday in an unusually large display of force.

The service was held at the Aletheia University in Taipei on a balmy Saturday morning, with President Tsai Ing-wen honoring Lee for bringing a peaceful political transition to the island democracy.

“We have a responsibility to continue his endeavors, allowing the will of the people to reshape Taiwan, further defining Taiwan’s identity and deepening and bolstering democracy and freedom,” Tsai said.

“We Buddhists believe in life after life, so most probably he will be reborn in Taiwan,” the Dalai Lama said in a video message. “His rebirth will carry his spirit continuously.”

The guests included another former Japanese prime minister, Yoshiro Mori. They wore masks and sat spaced out in pews.

Lee, an agricultural economist and politician, devoted his career toward building democracy on the island through direct elections and other changes.

He was the first government official to speak out and formally apologize for the so-called 228 incident, named after Feb. 28, 1947, when soldiers under the Kuomingtang, or the sole ruling Nationalist Party, shot and killed thousands of civilians in an anti-government uprising. The bloodshed marked the beginning of a decades-long period known as the White Terror in which the island was ruled by martial law.

In 1990, Lee signaled his support for student demands for direct elections of Taiwan’s president and vice president and the end of reserving legislative seats to represent districts on the Chinese mainland. The following year he oversaw the dismantling of emergency laws put into effect by Chiang Kai-shek’s government, effectively reversing the Nationalists’ long-standing goal of returning to the mainland and removing the Communists from power.

Lee also built a separate Taiwanese political identity, distinct from mainland China, which claims Taiwan as part of its own territory to be reunited by force if necessary. Lee's carving out of a non-Chinese identity and insistence that the island be treated as an equal country brought him into direct conflict with Beijing.

China launched a series of threatening military maneuvers off the coast of mainland Fujian province that included the firing of missiles just off Taiwan’s coast. More missiles were fired immediately before the March 1996 presidential elections, and the U.S. response was to send aircraft carrier battle groups to Taiwan’s east coast in a show of support.

The Trump administration has taken multiple steps in recent months to strengthen its engagement with Taiwan, angering China.

Unlike Azar's visit, Krach's was held mostly behind closed doors. On Friday, he held talks with Taiwan's minister of economic affairs and the vice premier, in addition to local business leaders. He also dined with Tsai.

China has condemned the visit multiple times. On Friday, fighter jets from the People's Liberation Army flew into the island's air defense identification zone, at least the second round of war games this month aimed at intimidating supporters of the island’s independent political identity.

“Every time a high-ranking U.S. official visits Taiwan, the fighter jets of the PLA should be one step closer to the island," said an editorial in the Chinese Communist Party newspaper Global Times on Friday. “The U.S. and Taiwan must not misjudge the situation, or believe the exercise is a bluff. Should they continue to make provocations, a war will inevitably break out.”