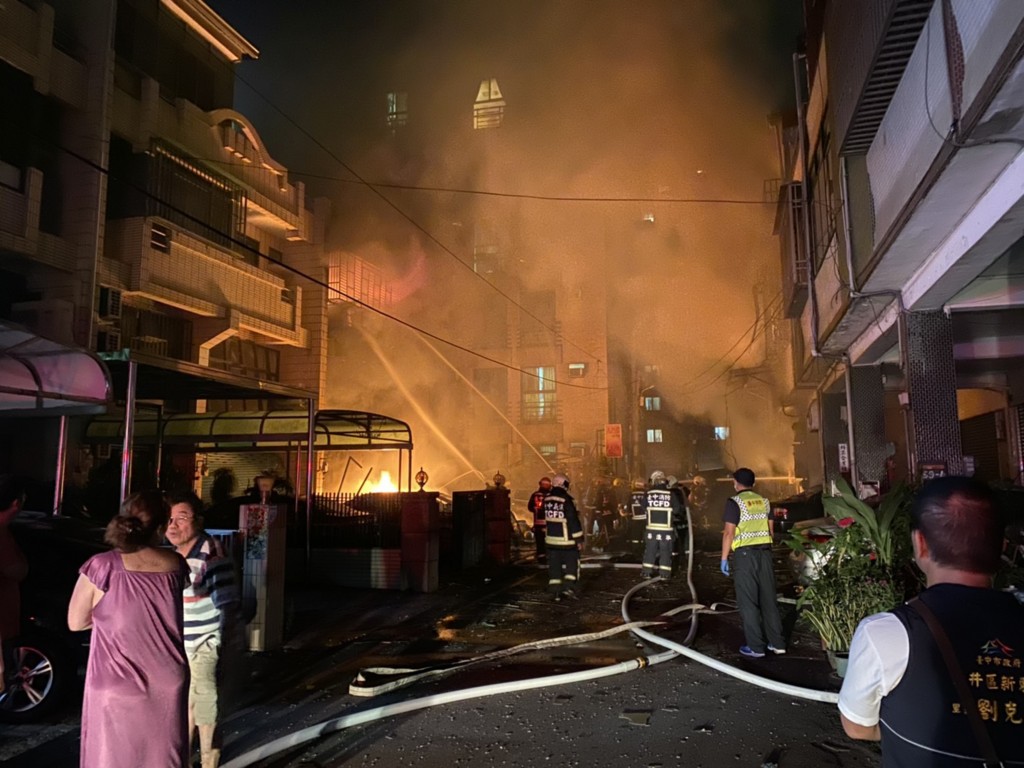 Four people were killed and one injured in a gas explosion and ensuing fire in Taichung City's Longjing District early Saturday, the city's fire bureau said.

Firefighters found four charred bodies, including that of an 8-year-old boy, in two of the four residential buildings that burst into flames following the explosion, according to the bureau.

The bureau said it received a call at 4:17 a.m. about an explosion that occurred at a rental building near the Tunghai Villa Night Market, which quickly ignited flames and engulfed four residential buildings from across the street.

Firefighters rushed to the scene and extinguished the fire at 5:08 a.m., the bureau said.

After searching the scene, they found the charred bodies of a 42-year-old man, his 37-year-old wife and their 8-year-old son in one of the buildings, as well as the burnt body of a 73-year-old man who lived in an adjacent building.

A 38-year-old man, living in another building, was able to escape the fire and was hospitalized with a knee injury, the bureau said.
Authorities are still investigating the cause of the explosion. (By Hao Hsueh-chin and Christie Chen)