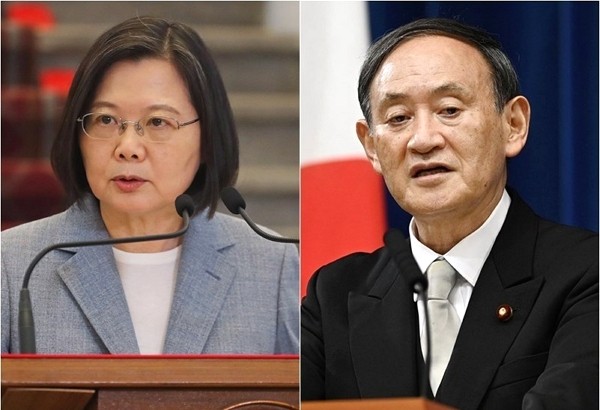 During his visit to the Presidential Office Friday (Sept. 18), Mori said Suga had asked him to send his greetings to Tsai and the Taiwanese people. He added Japan's new leader is interested in speaking to Tsai by phone.

Mori pointed out that Suga has performed well in the polls since he took office, with the third highest support rate recorded for a premier entering office. He said the new administration, like Taiwan, values freedom, democracy, and a free market — and he hoped the two countries would deepen cooperation in all areas.

In response, Tsai thanked Mori for making his second trip to Taiwan in less than two months to pay tribute to late Taiwan President Lee Teng-hui (李登輝). While sending her best wishes to Suga for his tenure, Tsai and Mori also exchanged jackets that will be worn by Taiwanese and Japanese athletes at the 2021 Olympics, reported ETtoday.

According to CNA, Suga was formally elected to replace Shinzo Abe as Japan's new leader on Wednesday (Sept. 16) and will start calling global leaders on Sunday (Sept. 20). If his phone call with Tsai were to take place, it would be the first direct conversation between leaders of the two countries in 48 years, after they broke formal diplomatic relations in 1972. Taiwan and Japan exchange jackets to be used by athletes during the 2021 Tokyo Olympics. (CNA photo)