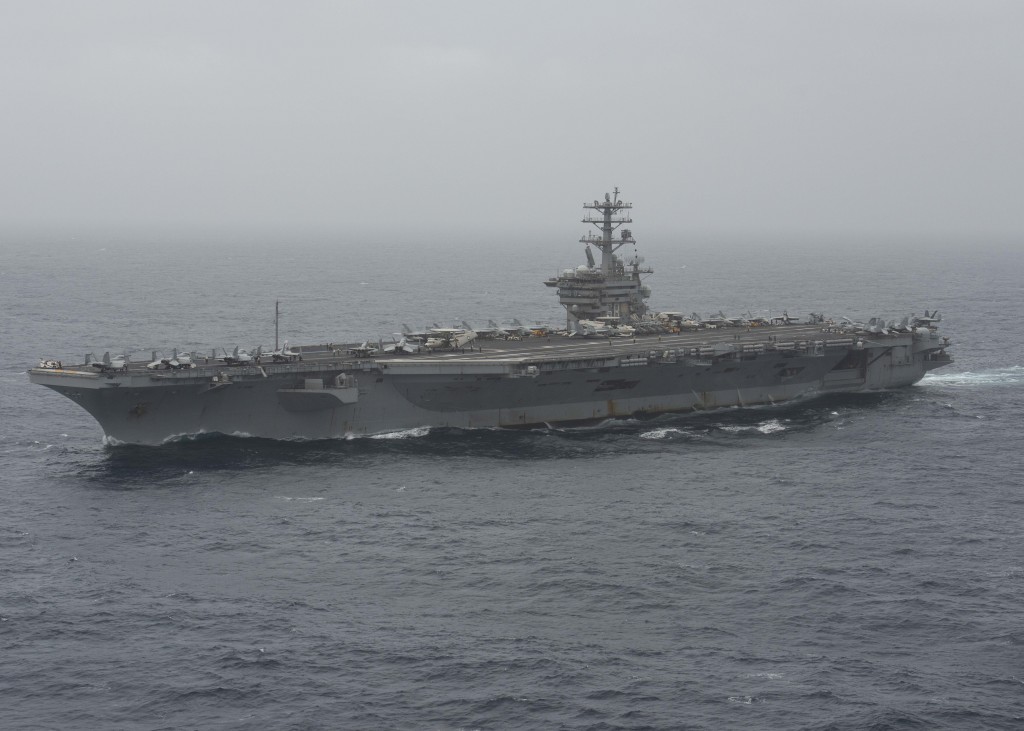 DUBAI, United Arab Emirates (AP) — The USS Nimitz aircraft carrier safely transited on Friday through the Strait of Hormuz, the world’s most important chokepoint for oil shipments, the U.S. Navy said, as tensions with Iran continue to simmer.

In a “scheduled” maneuver, the U.S. sent the carrier and several other warships through the strait, the narrow mouth of the Persian Gulf, according to the U.S. Navy’s Bahrain-based 5th fleet. The Nimitz, America’s oldest carrier in active service, carries some 5,000 sailors and Marines.

American aircraft carriers have for decades sailed through the international oil shipping route in what the U.S. describes as “defensive” operations aimed at keeping the strait open.

The show of force follows months of escalating incidents in the crucial waterway, which led earlier this year to an American drone strike that killed a top Iranian general in Baghdad. Tehran responded to that strike by firing ballistic missiles that wounded dozens of American troops in Iraq.

The Nimitz’s arrival in the Mideast saw Iran conduct a live-fire drill targeting a mockup aircraft carrier resembling it, underscoring the lingering threat of military conflict between the countries.

The Nimitz strike group “is at the peak of readiness,” said Rear Adm. Jim Kirk, its commander.

The Nimitz, whose homeport is Bremerton, Washington, has patrolled the Arabian Sea since late July. It replaced the USS Dwight D. Eisenhower, which had spent months in the Arabian Sea on its deployment, breaking the Navy’s previous at-sea record. Navy officials have limited port calls due to the coronavirus pandemic.