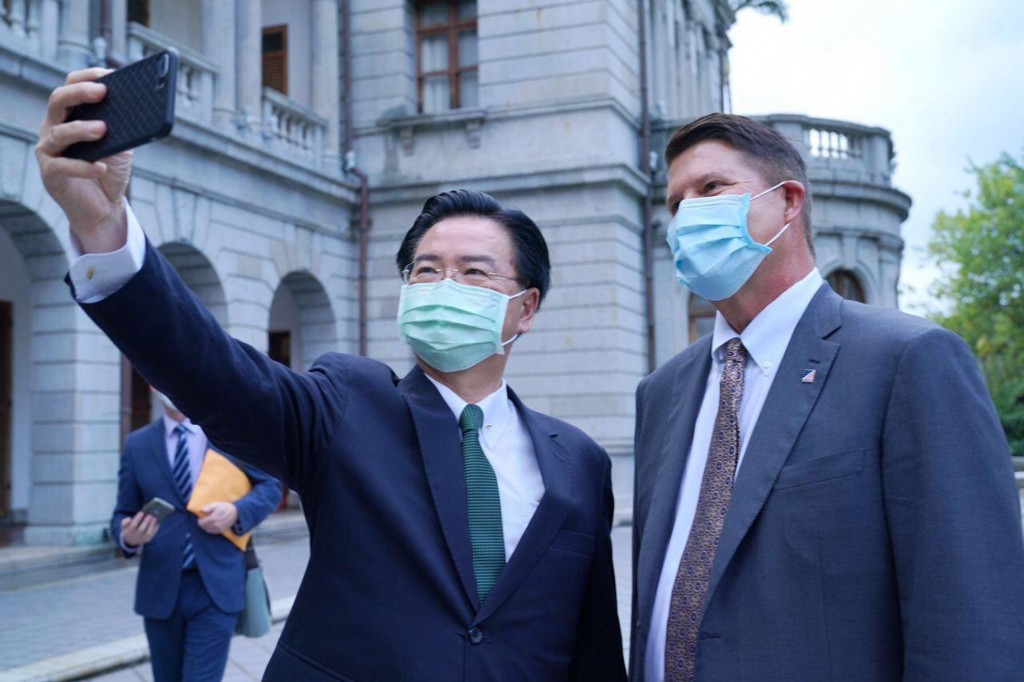 The senior U.S. official’s visit to Taiwan is the highest-level such trip since the two countries ended formal diplomatic relations in 1979. China has responded by launching repeated forays by warplanes close to Taiwanese airspace, with its highest intensity on Friday, the first full day of Krach’s stay on the island.

During Friday’s meeting, the U.S. official told Wu of his country’s consistent support for democracy in Taiwan, CNA quoted the Ministry of Foreign Affairs (MOFA) as saying. Taiwan was a close partner of the U.S. in the Indo-Pacific region and would continue to deepen the bilateral partnership on a global scale, the ministry said.