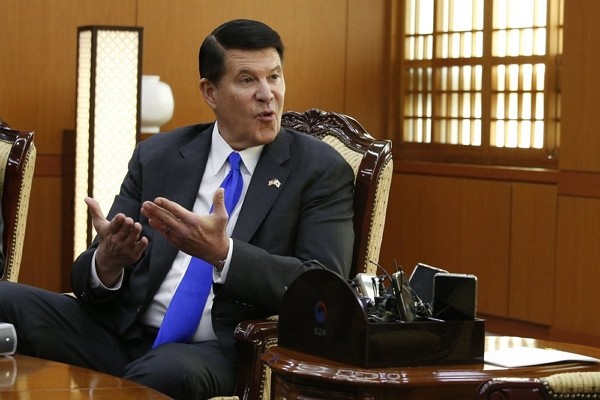 The U.S. delegation held a meeting with Taiwan Vice Premier Shen Jong-chin (沈榮津), Economic Minister Wang Mei-hua (王美花), and Foreign Minister Joseph Wu (吳釗燮). The Ministry of Economic Affairs (MOEA) said the meeting was intended as a preparation for the US-Taiwan Economic and Commercial Dialogue, which was announced by David Stilwell, assistant secretary of state for the Bureau of East Asian and Pacific Affairs, at the end of August.

The dates, agenda, and form of discussions related to the bilateral talks are still being negotiated, the ministry said. "Taiwan and the U.S. are still discussing various aspects” of the proposed high-level dialogue, said the Taiwan foreign minister on Thursday.

Despite weeks of speculation among local media that the dialogue would commence during Krach’s visit , the highly anticipated talks will not take place so soon. The Presidential Office said bilateral talks between Taiwan and the U.S. will cover a wide range of topics that require more exchanges of ideas between both sides.

The office added it hopes person-to-person talks with the U.S. delegation this time will prepare for the future bilateral economic dialogue. In addition to the morning meeting, Krach and other visiting U.S. officials are scheduled to meet with other Taiwanese officials, including Premier Su Tseng-chang (蘇貞昌), and business representatives primarily from the tech industry, reports said.

Krach, the highest-level U.S. Cabinet official to have visited Taiwan over the past four decades, will attend a dinner hosted by President Tsai Ing-wen (蔡英文) at her residence in the evening. Before wrapping up his Taiwan visit Saturday, Krach will also take part in the memorial ceremony of former Taiwan President Lee Teng-hui (李登輝).