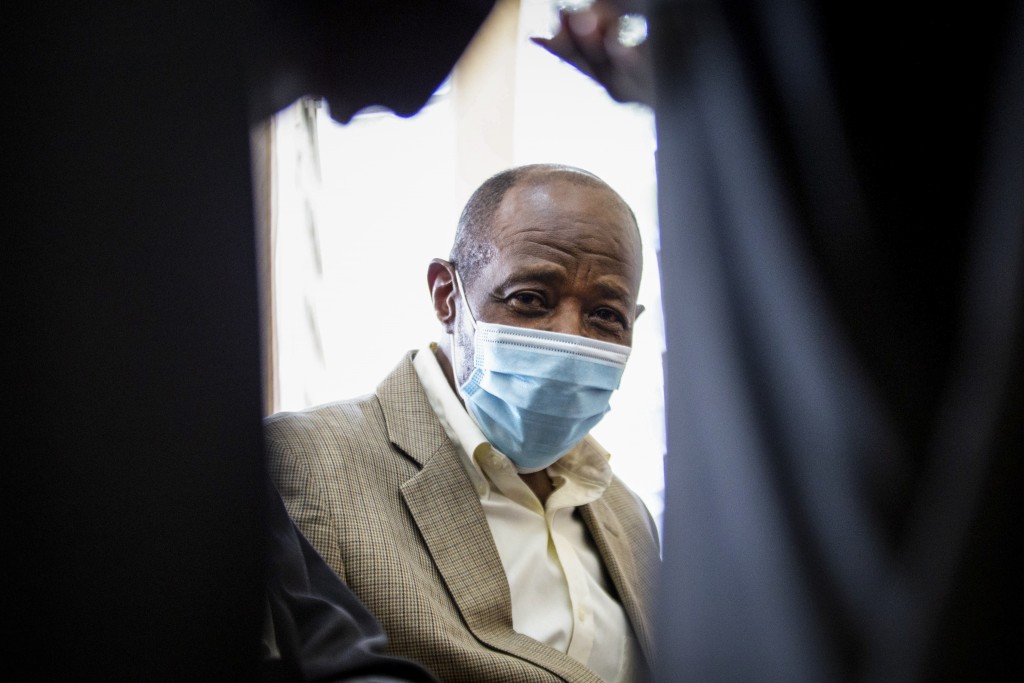 KIGALI, Rwanda (AP) — A Rwandan court has denied bail to Paul Rusesabagina, whose story inspired the film “Hotel Rwanda,” saying the terrorism and other charges against him are of serious nature and he should remain in detention for another 30 days.

Rusesabagina, a Belgian citizen and U.S. permanent resident who has been a critic of President Paul Kagame, was charged this week with 13 offenses that also include financing terrorism, complicity in murder, recruiting child soldiers and forming a rebel group.

If convicted, he faces a maximum of 25 years in prison. It is not clear when his trial will begin.

The 66-year-old Rusesabagina had asked to be released on bail, citing poor health that has caused him to be taken to a hospital three times since he first appeared in handcuffs in Rwanda on Aug. 31. He looked frail during his court appearance.

“I assure the court that I will not flee from justice,” Rusesabagina said. But the prosecution argued that all detainees are offered the medical treatment they need.

Judge Dorothy Yankurije said the court found it necessary that Rusesabagina remain detained so that he doesn’t sabotage investigations. He said he will appeal the decision.

The denial of bail further alarmed his family, which along with some human rights and legal groups has expressed concern that his arrest is the latest example of Rwanda targeting critics. “We have no hope that he can be given fair justice in Rwanda and ask for his immediate release,” daughter Carine Kanimba said on social media.

Rusesabagina earlier this week asserted that not all charges qualify as criminal offenses, and he said he denied the accusations during questioning by Rwandan investigators.

He distanced himself from the activities of a rebel movement that is the armed wing of his opposition political platform, saying he was not the movement’s leader and that the group’s members should be held responsible. The armed wing has claimed responsibility for deadly attacks.

Rusesabagina is credited with saving more than 1,000 lives during Rwanda’s 1994 genocide that killed some 800,000 Tutsis and moderate Hutus. For his efforts he was awarded the U.S. Presidential Medal of Freedom. But he has faced criticism from Rwandan authorities in the years since he began speaking out against alleged human rights abuses by Kagame’s government.

Neither his Rwandan lawyers — who have been discounted by his family as state-imposed representation — nor the prosecution have explained the circumstances under which Rusesabagina arrived in Rwanda after he visited Dubai.

Kagame has indicated that Rusesabagina may have been tricked into boarding a private plane in Dubai that took him to Rwanda.

Human Rights Watch last week asserted that Rusesabagina had been “forcibly disappeared,” saying that the lack of lawful extradition proceedings suggests that Rwandan authorities don’t believe their evidence would stand up to independent scrutiny.