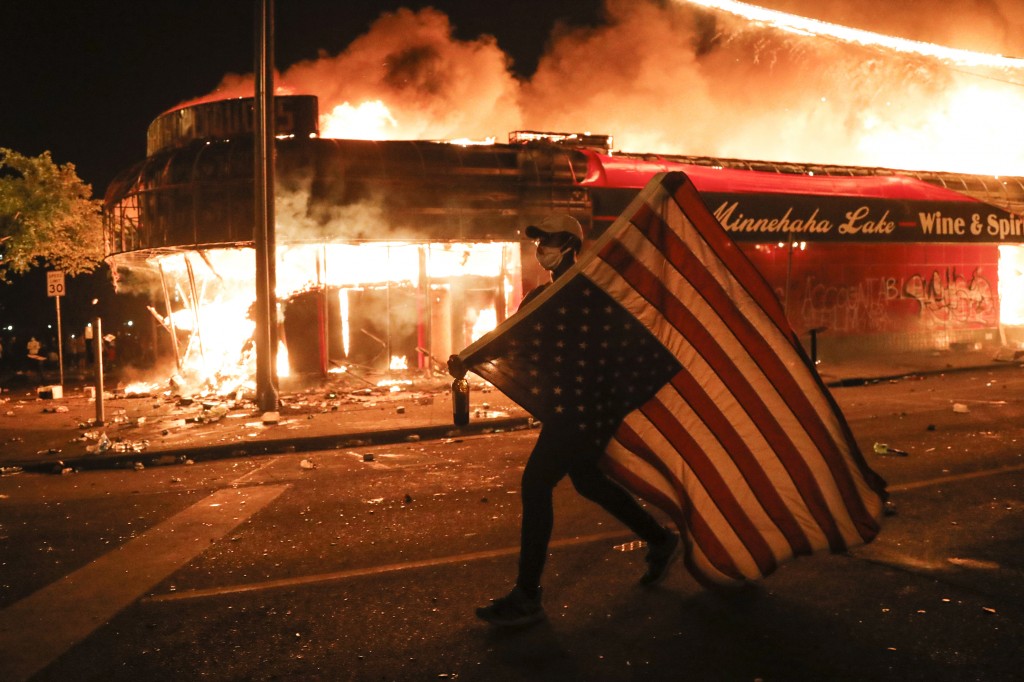 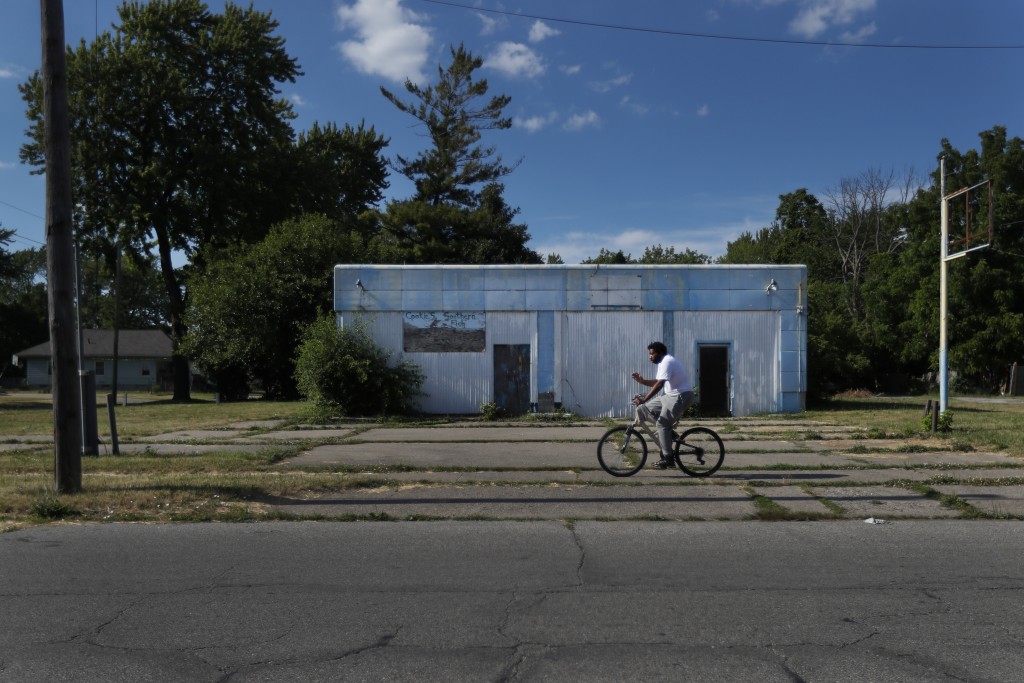 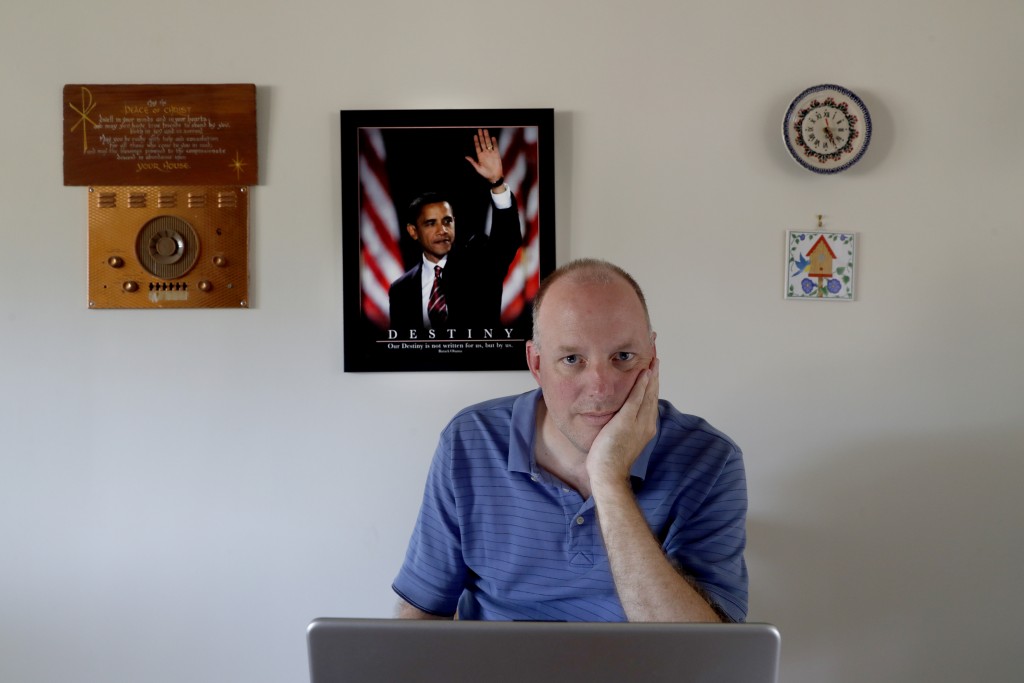 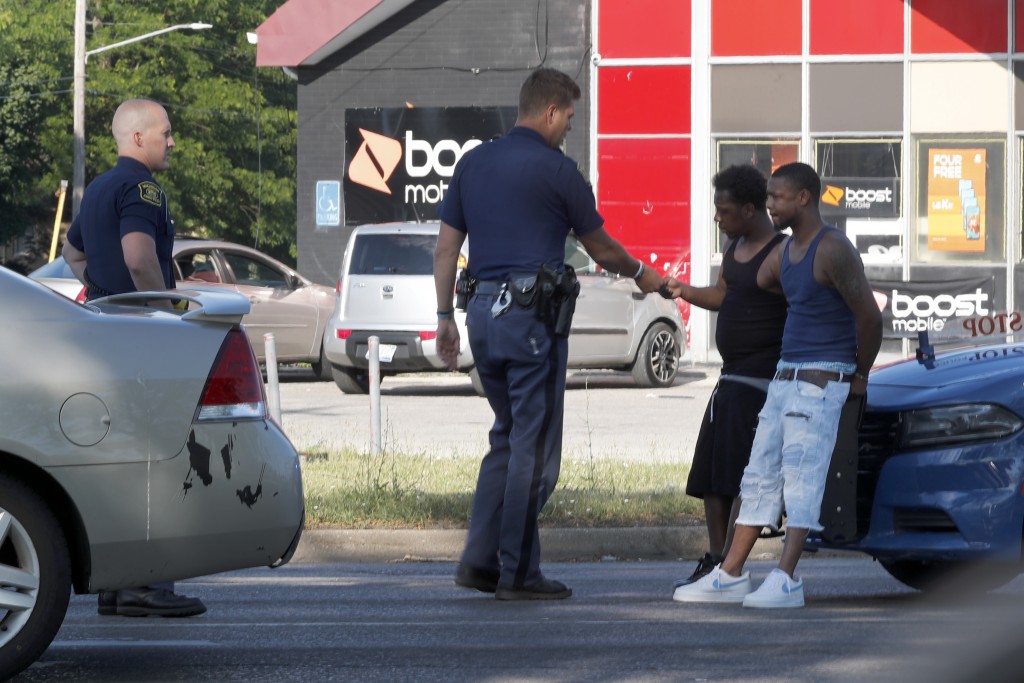 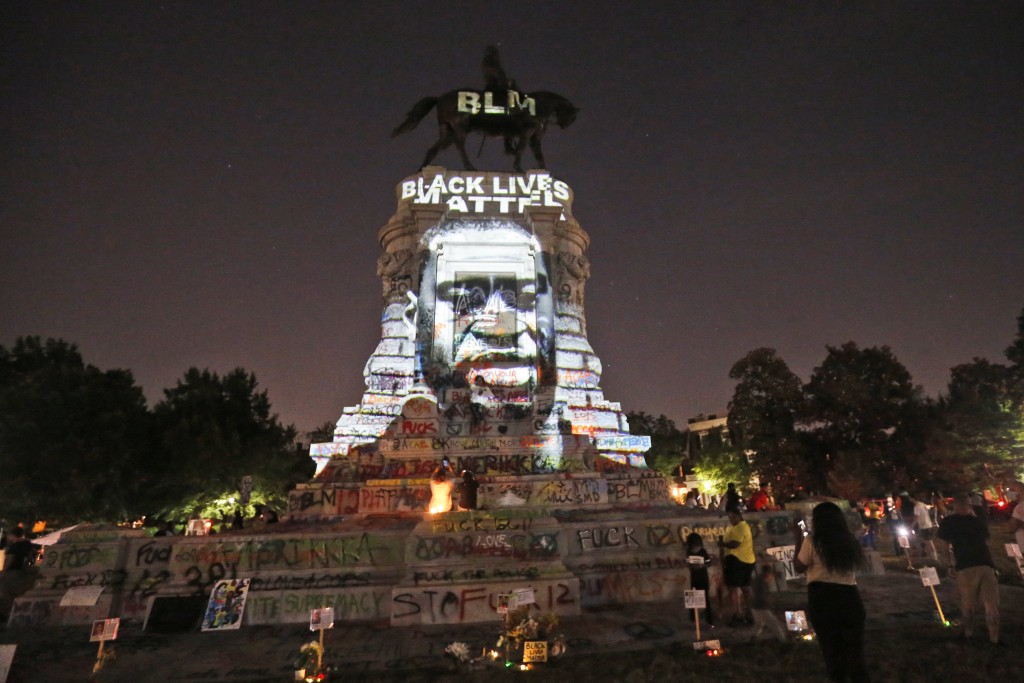 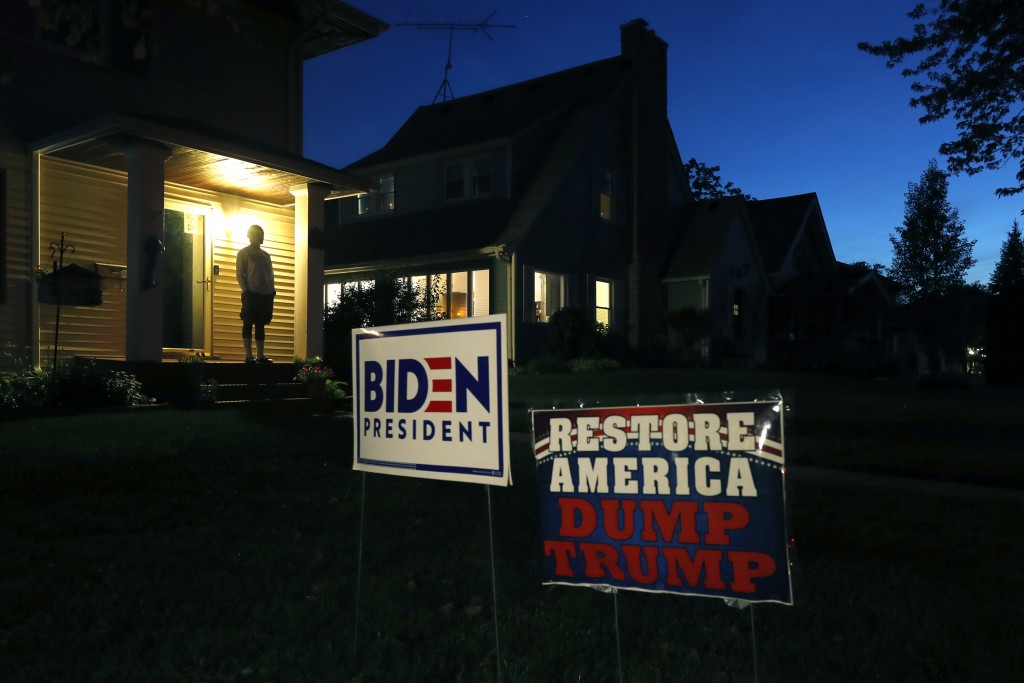 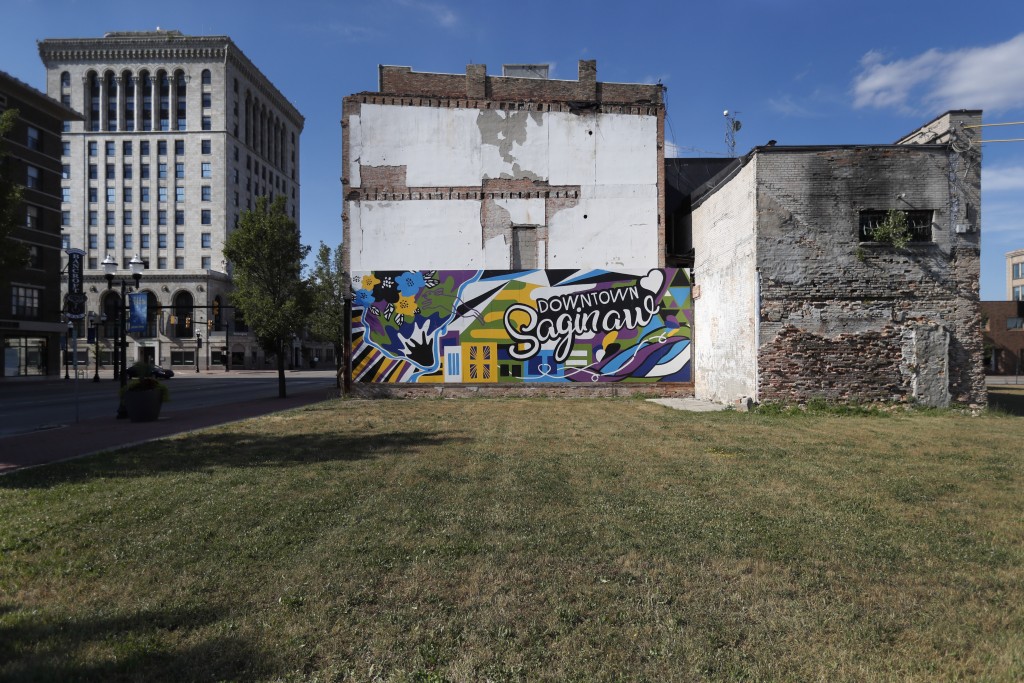 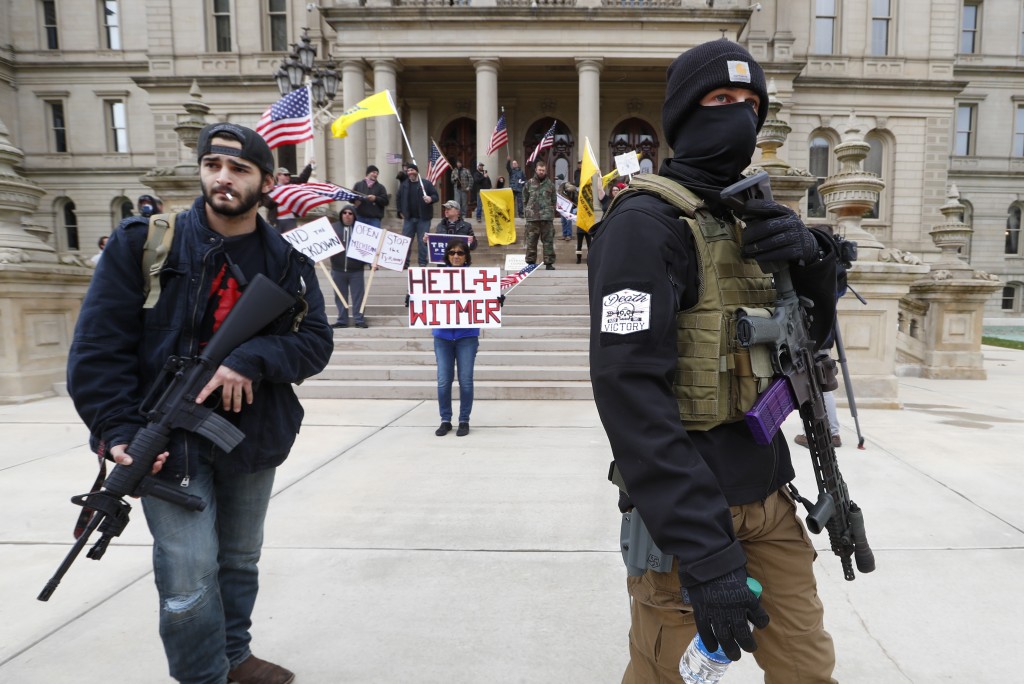 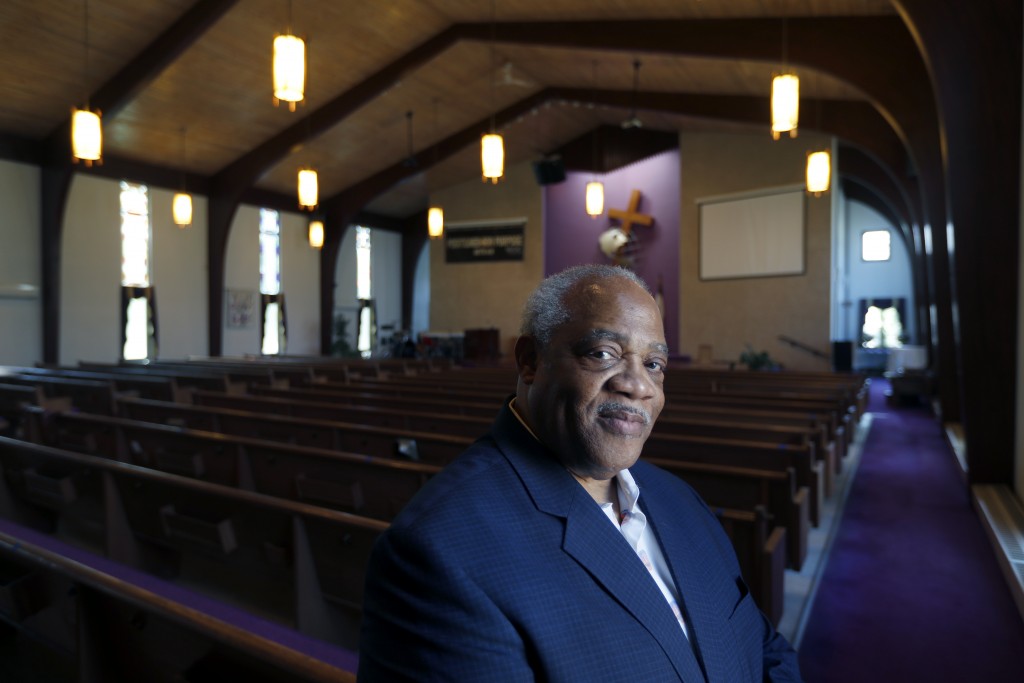 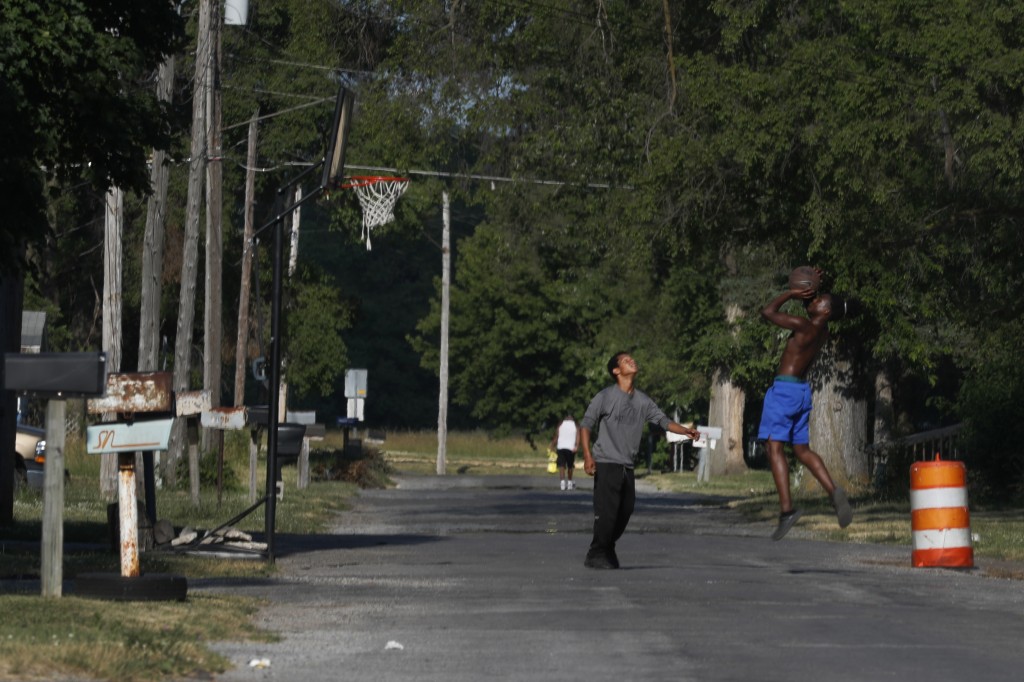 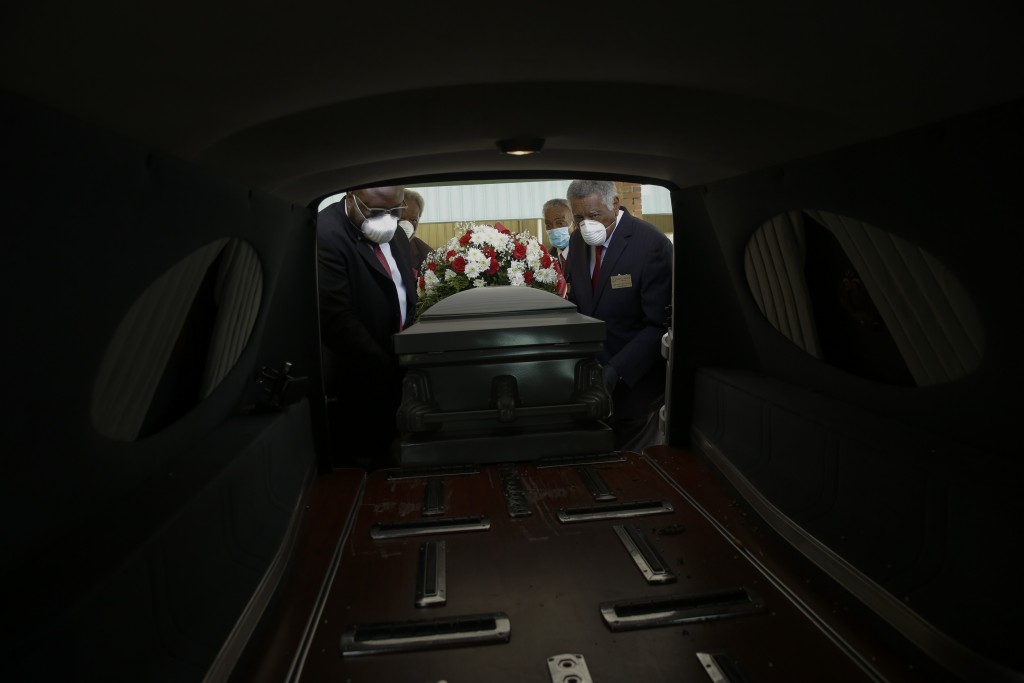 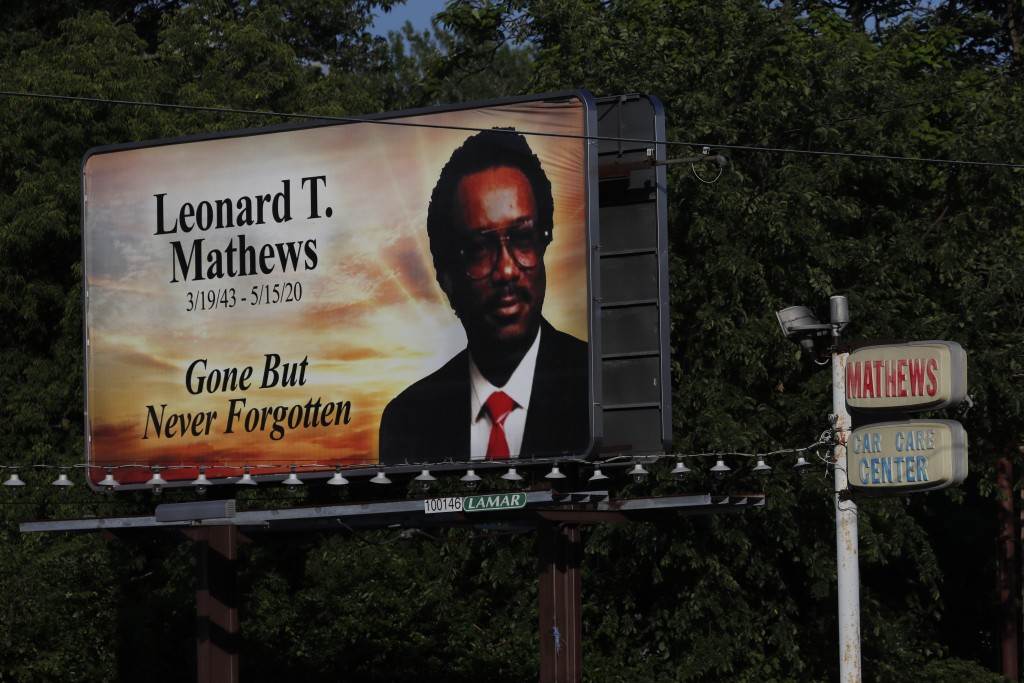 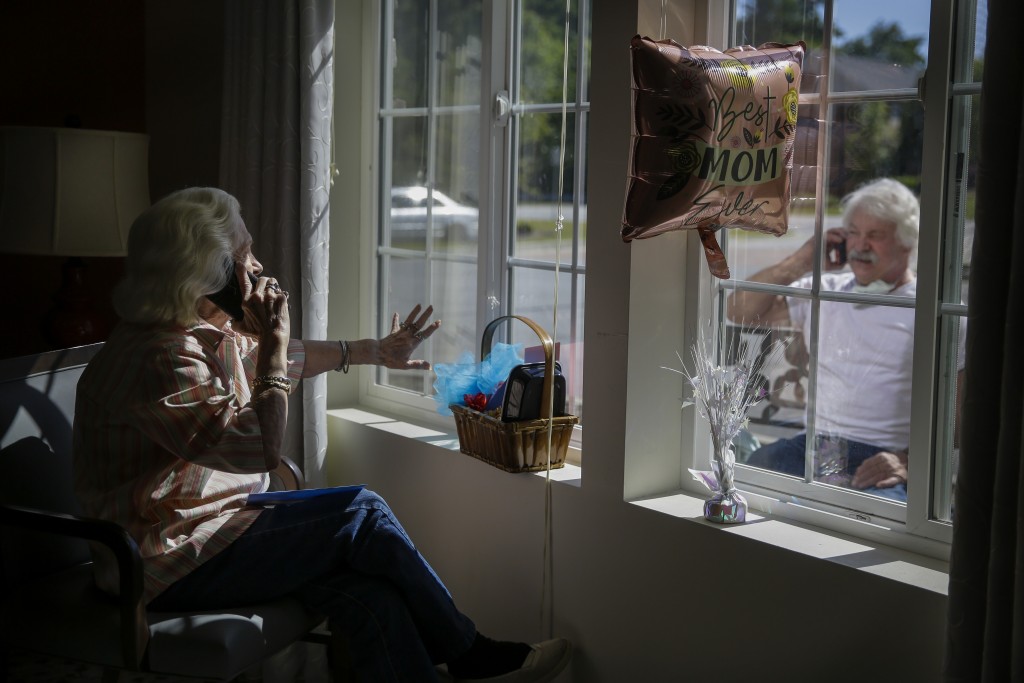 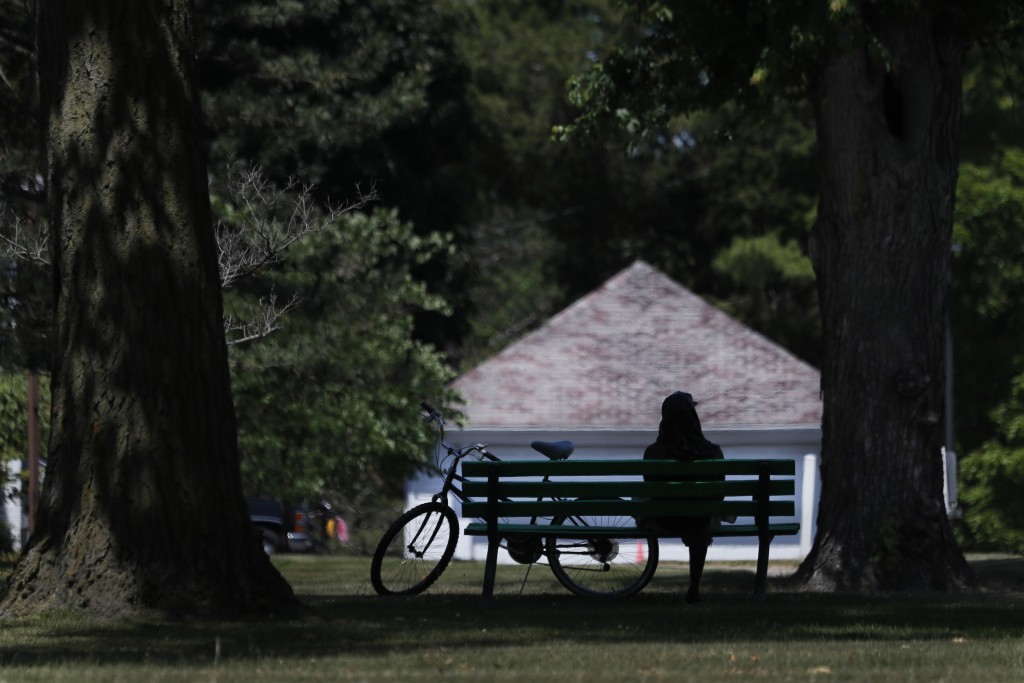 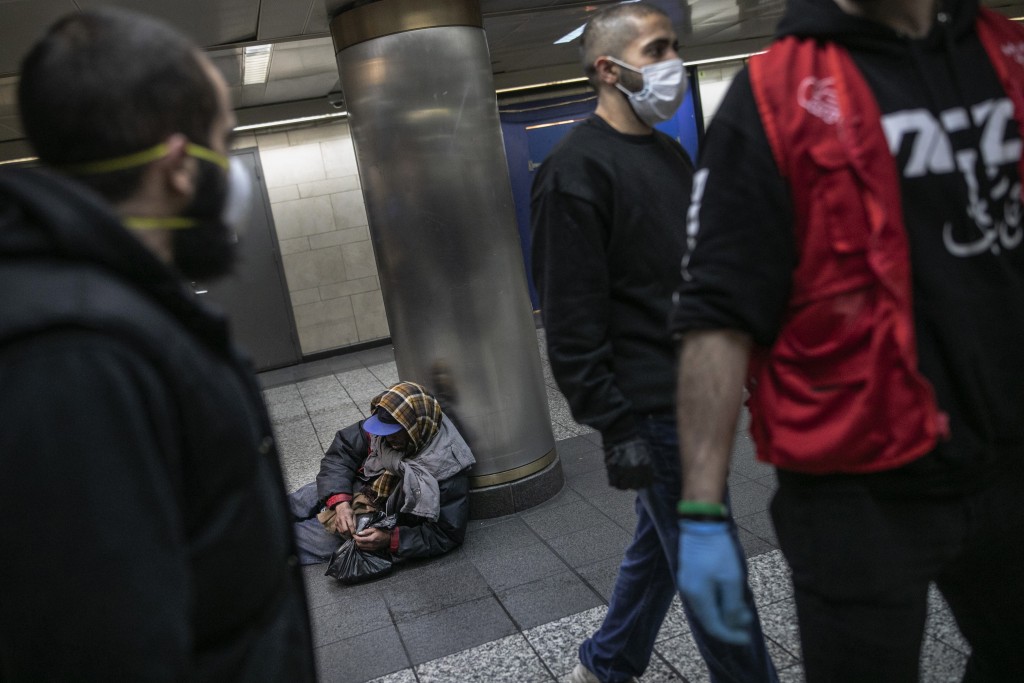 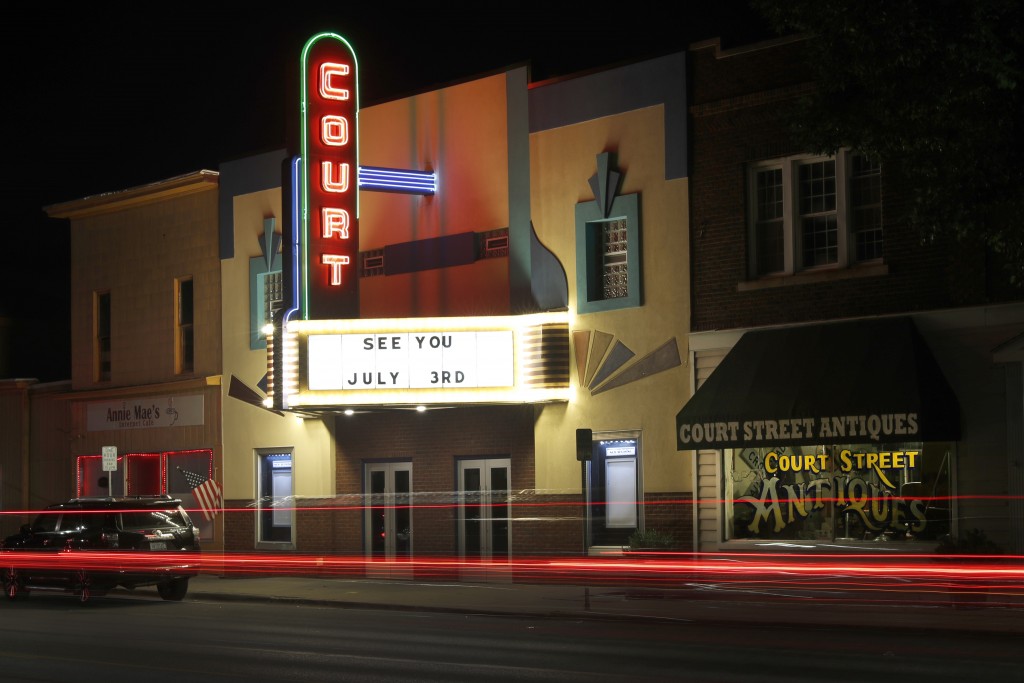 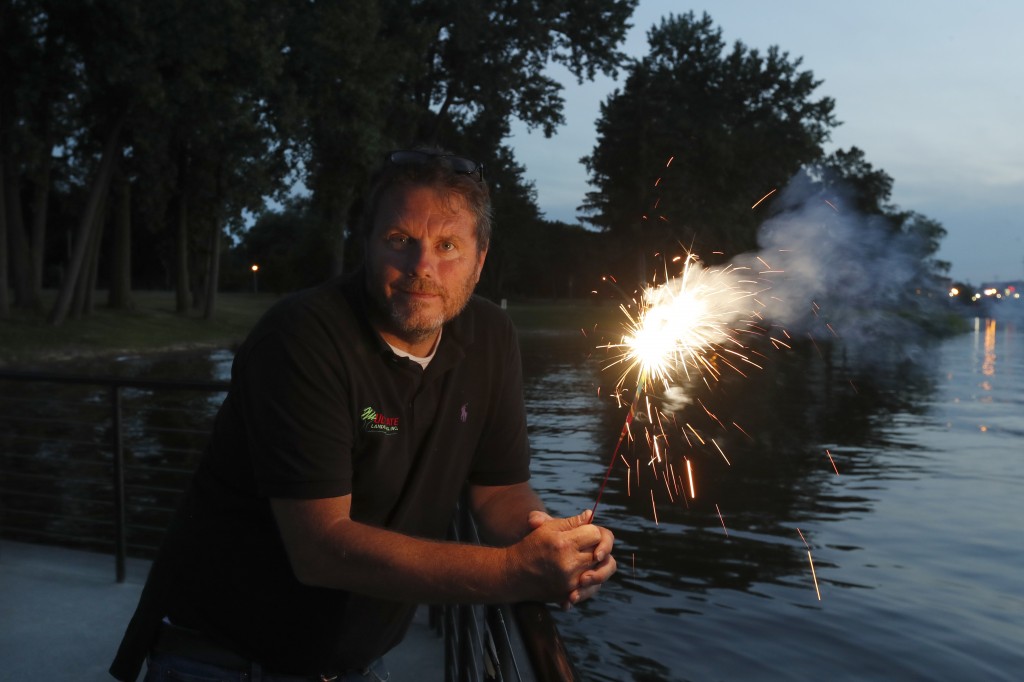 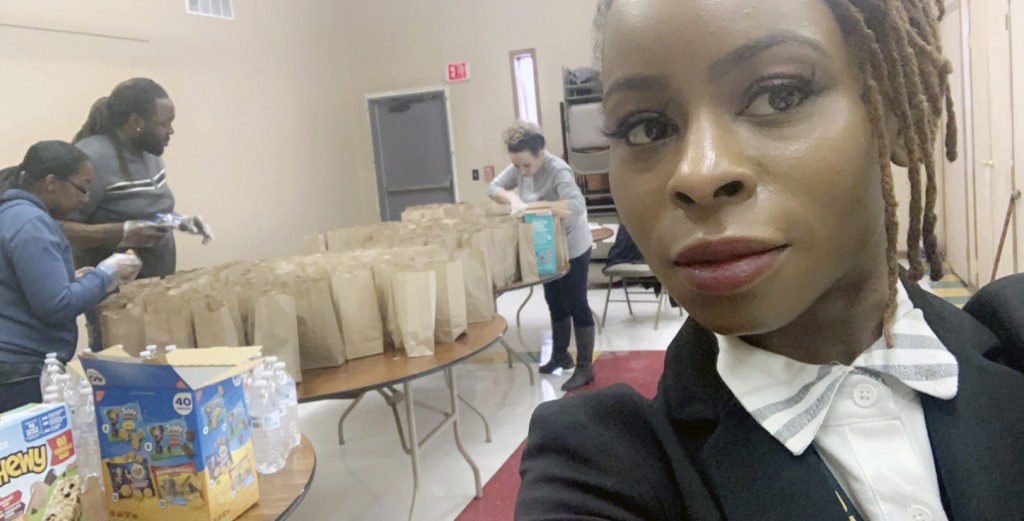 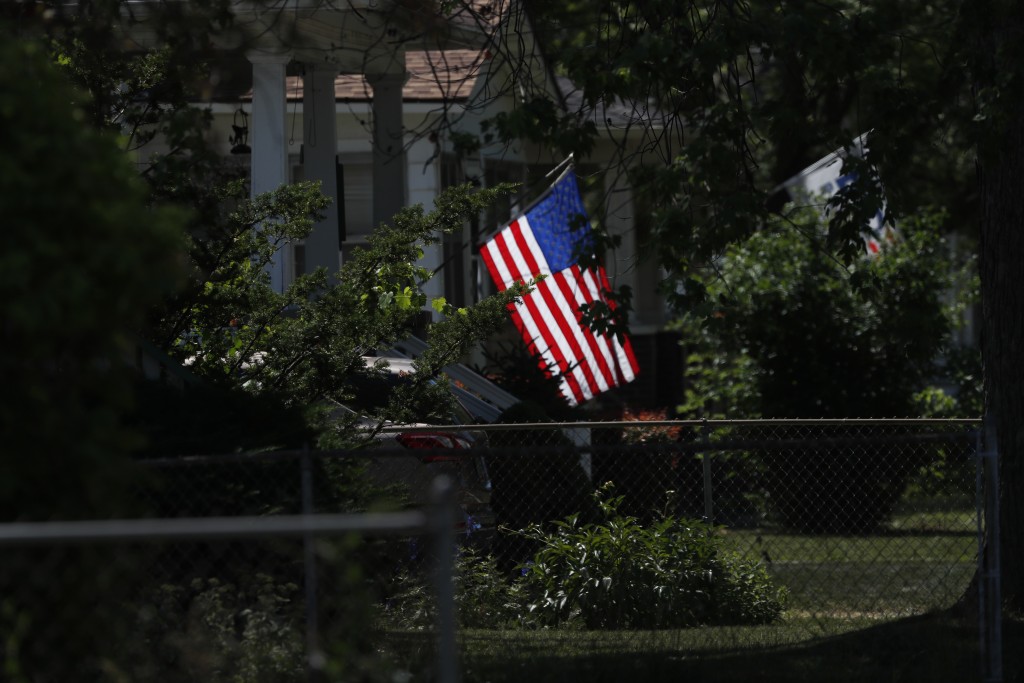 SAGINAW, Mich. (AP) — It was difficult to celebrate America in Saginaw this year. The deadly coronavirus had torn through the county. Unemployment had surged five-fold. Weeks of protest over racial inequality left many debating what should be hallowed and what must be changed.

The July Fourth fireworks display was canceled, since there was no venue that felt safe from the sickness.

The dark skies over this mid-Michigan city were a plaintive marker of a nation utterly disrupted in a matter of months. Americans are aiming their anger at each other, talking past each other, invoking race, class and culture. They cannot even agree on the need to wear a mask to protect against a virus that has killed more than 130,000 Americans.

The discord comes as the country hurtles toward a convulsive presidential election. President Donald Trump portrays himself as a disrupter, with an agenda that is rooted in nationalism and roils racial divisions; his Democratic rival, Joe Biden, calls for a national reset to something resembling normal.

It is in places like Saginaw County, Michigan, which narrowly flipped from voting for President Barack Obama to voting for Trump, where clarity about America’s future is likely to come. The political fallout from the pandemic, recession and protests is unfolding, leaving a striking degree of uncertainty just four months from Election Day.

Will younger voters turn out? Will older voters seek change? Will the suburbs once again provide the pivot points in the country’s partisan divide?

The election will provide answers to all these questions, but not necessarily to the central issue of American life in the year 2020: Can the United States pull itself together?

The country is beset by “parties who see each other as ‘the other’ instead of collaborators in a democracy,” says historian Doris Kearns Goodwin.

“A crisis allows you, if you’ve got the leadership, to unite the nation. What’s needed — and we’ve seen this for a while — is a national direction," she said.

Back in 1968, Saginaw was nearly twice as large as the 48,115 people who now call it home. General Motors alone operated at least eight plants in the city and surrounding county, providing middle-class jobs that drew African Americans from the Deep South. The Saginaw River slashes a diagonal line through the city and became a dividing line between Black residents on the east side and white residents on the west.

As GM stumbled and there were layoffs and closures — manufacturing jobs dropped by 50% in the last 30 years. Trump pledged an industrial renaissance, but the area’s 20.7% unemployment is more than four times higher than the day he was elected.

Until February, Dave Adams was athletic director at Swan Valley High School, a suburban school. Trump’s election changed him and, at 47, he left his job to help turn out voters for the Democrats.

“You don’t want to look back and say woulda, coulda, shoulda,” Adams says. “I always thought that the president should be a role model. The current president is so far from it, for me, that it blows my mind.”

Few Americans think Trump is telling the truth or cares about them, according to April polling by AP-NORC. Even Republicans are more likely to describe Trump as divisive than unifying. But they still overwhelmingly approve of the job he’s doing and many believe a Democratic president would be worse for the country.

The pandemic upended Adams’ own plans. His new job — canvassing neighborhoods — has become a health risk. The recession meant schools might not hire teachers, so he took a second job this month as a custodian to preserve his pension.

The mother of four remembers well the protests that erupted eight years ago when Saginaw police officers fatally shot at Milton Hall, a Black homeless man who was waving a pocket knife, 47 times. The officers never faced charges.

But this moment has changed her.

The pandemic caused the schools to close, depriving kids of the free meals upon which they depended. So Norwood and eight strangers she connected with online met in a Tim Hortons coffee shop on in March to devise a plan to distribute food to families.

When George Floyd, a Black man, died after a Minneapolis police officer pinned him on the ground for nearly 8 minutes, she and others organized the county’s first protest in response and later launched Saginaw’s own Black Lives Matter chapter.

Democrats hope it’s part of a warm-up for November. Young, liberal voters have been cool to Biden, a 77-year-old moderate, and a fight for racial justice may be the thing that mobilizes these often elusive voters.

“I am for doing whatever it takes to get Trump out of office.” Norwood said. “When I leave this place, when I’m gone, there will be brown girls after me and I just can’t fathom a world that continues in this way.”

Tom Roy, who is white, sees a very different America. In his experience, anyone who sacrifices can buy into the stock market and get ahead.

At 57, he thinks of himself as a Reagan Republican. He started playing the stock market in the 1980s, but the profits really piled up years later while working as a manager at a roller rink. He did well enough to buy a Corvette (and six others since).

Trump had planned to make Roy’s pocketbook politics the heart of this campaign. But the closures caused by the pandemic and the almost-overnight recession disrupted that plan. They also energized the Republican base.

As businesses started to reopen in June, so did the offices of the Saginaw County Republicans — in time for riled up voters to come by, asking to sign a petition to recall the Democratic governor, Gretchen Whitmer, for her stay-at-home orders.

But there was a hitch: There was nothing to sign.

“People on Facebook and social media had talked about recalling the governor,” said Roy, a GOP candidate for town trustee who marvels at what he views as evidence of pro-Trump energy. “We never had a document.”

There are those in Saginaw who say maybe the United States isn’t being pulled apart. Maybe it’s growing, even if uncomfortably so.

The Rev. Hurley Coleman, head of the World Outreach Campus Church, knows it’s a hard time to talk about hope.

Still, the protests after Floyd’s death were the first time he’s seen Black and white people march together in Saginaw for racial equality, he said. It made him think this might be a moment of such upheaval that even long-standing barriers are broken, divides disrupted.

“This is one of those terrible growth moments where people of goodwill and good thought can bring us to another level,” Coleman said. “When you build on truth, anything is possible.”