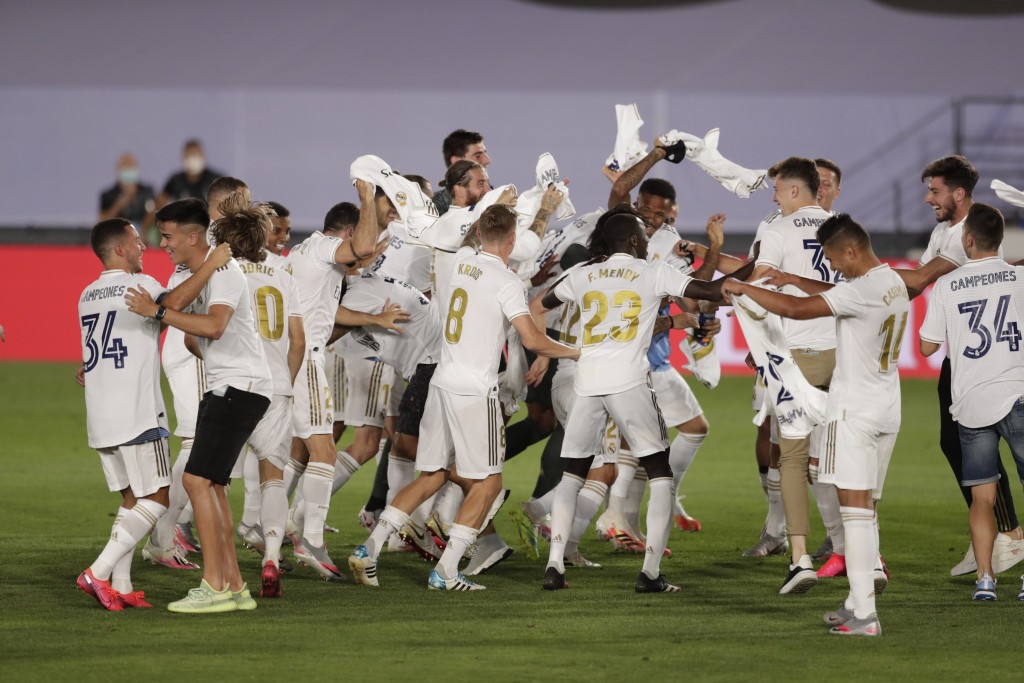 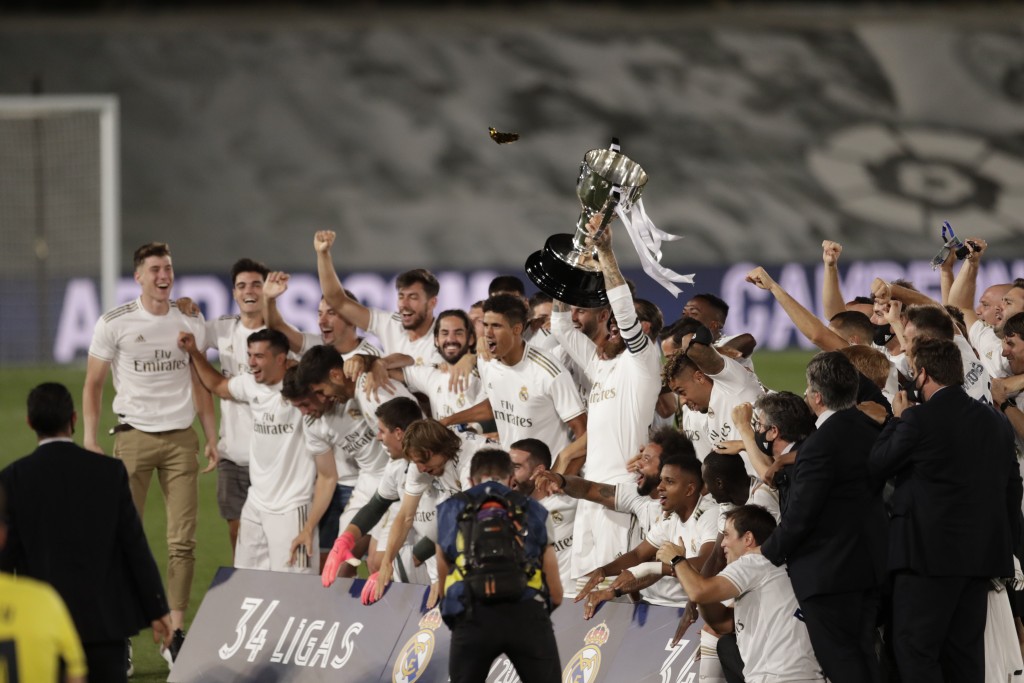 MADRID (AP) — Real Madrid is keeping most of the same players to try to win back-to-back Spanish leagues for the first time in more than a decade.

Madrid begins its title defense on Sunday at Real Sociedad with practically the same squad that a few months ago lifted its first league trophy in three years. It hasn’t won consecutive leagues since 2007-08 as Barcelona has dominated domestically.

The league began last weekend but Madrid didn’t play because it received extra time to rest after competing last month in the Champions League round of 16. Barcelona and Atlético Madrid, who made it to the quarterfinals of the Champions League, won’t play in the first two rounds. Europa League winner Sevilla also had its first two games postponed.

Madrid won its only preseason match on Tuesday against Getafe.

Coach Zinedine Zidane is sticking to a formula that utilizes the entire squad, and isn't afraid of switching schemes — he went from tactics that focused on three forwards at times, or three defenders, and even five midfielders in some circumstances.

The main player who left was James Rodríguez, who joined Everton in the English Premier League. Gareth Bale also was expected to leave and was close to a transfer to Tottenham. But neither Rodríguez nor Bale played a big role in Madrid’s 34th league title, when the team won 10 straight matches after the coronavirus break to overtake Barcelona for the lead.

Zidane kept the key players from that run, notably striker Karim Benzema and defender Sergio Ramos, who combined for 13 goals in the team’s final 11 league matches. Benzema will continue to be supported by young Brazilians Vinícius Júnior and Rodrygo, and also, hopefully, by an Eden Hazard who won’t have to endure so many injury problems as he did last season — his first with the club.

Thibaut Courtois returns as the starting goalkeeper, and captain Ramos will be flanked by Raphael Varane again, with veteran Marcelo and Ferland Mendy exchanging starts in the left back position. Dani Carvajal will likely start at right back, with competition from Álvaro Odriozola after a brief loan to Bayern Munich.

Back from a loan to Real Sociedad was youngster Martin Odegaard, who will be a midfield option to make up for the absence of Rodríguez. The defensive midfield will again be anchored by the experienced trio of Casemiro, Luka Modric and Toni Kroos. Federico Valverde will likely be used often as well, while Francisco “Isco” Alarcón and Marco Asensio remain available as attacking midfielders.

Madrid made some decent cash in the offseason by loaning the likes of right back Achraf Hakimi to Inter Milan and youngster Óscar Rodríguez to Sevilla. Left back Sergio Reguilón is set to move to Tottenham after a stint with Sevilla.

Young Japan forward Takefusa Kubo was loaned to Villarreal, while Reinier will play with Borussia Dortmund, and Brahim Diaz with AC Milan. Defender Jesús Vallejo will be loaned to Granada, and goalkeeper Alphonse Areola returned to Paris Saint-Germain after a season with Madrid.

Villarreal and coach Unai Emery will host Eibar on Saturday, while Real Betis and Manuel Pellegrini will welcome Valladolid on Sunday. Huesca and Cádiz will meet on Sunday in a matchup of promoted clubs.

For the second weekend in a row the league had to change the original schedule because of a dispute with the Spanish soccer federation over games on Fridays and Mondays. Friday’s match between Getafe and Osasuna was moved to Saturday, while Monday’s game between Real Betis and Valladolid was moved to Sunday. Two second-division matches also were rescheduled.

All matches will continue to be played without fans.