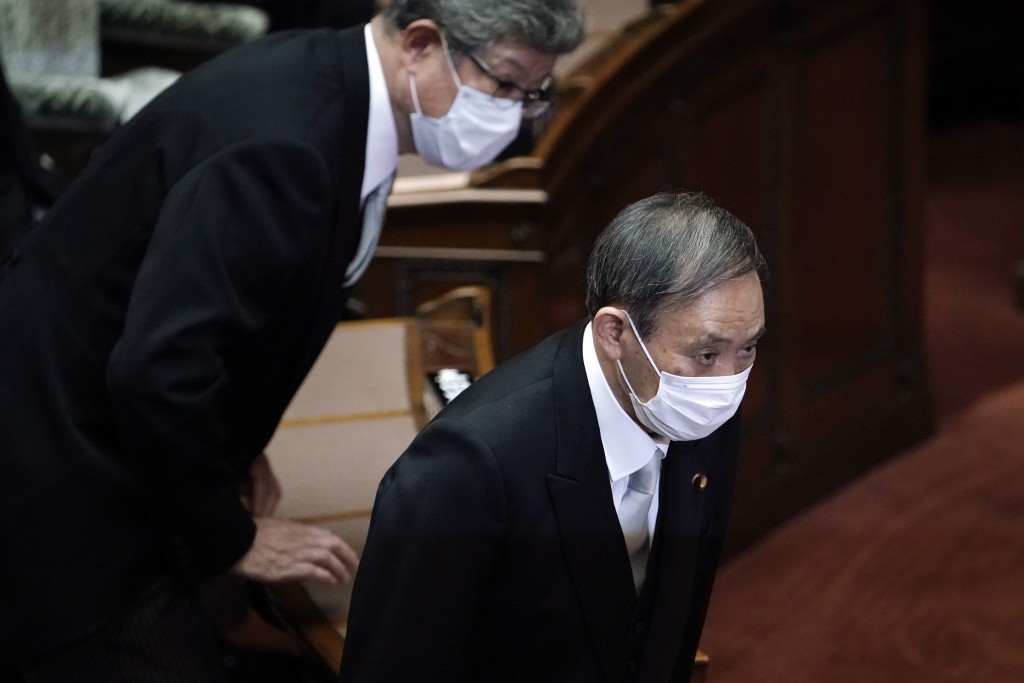 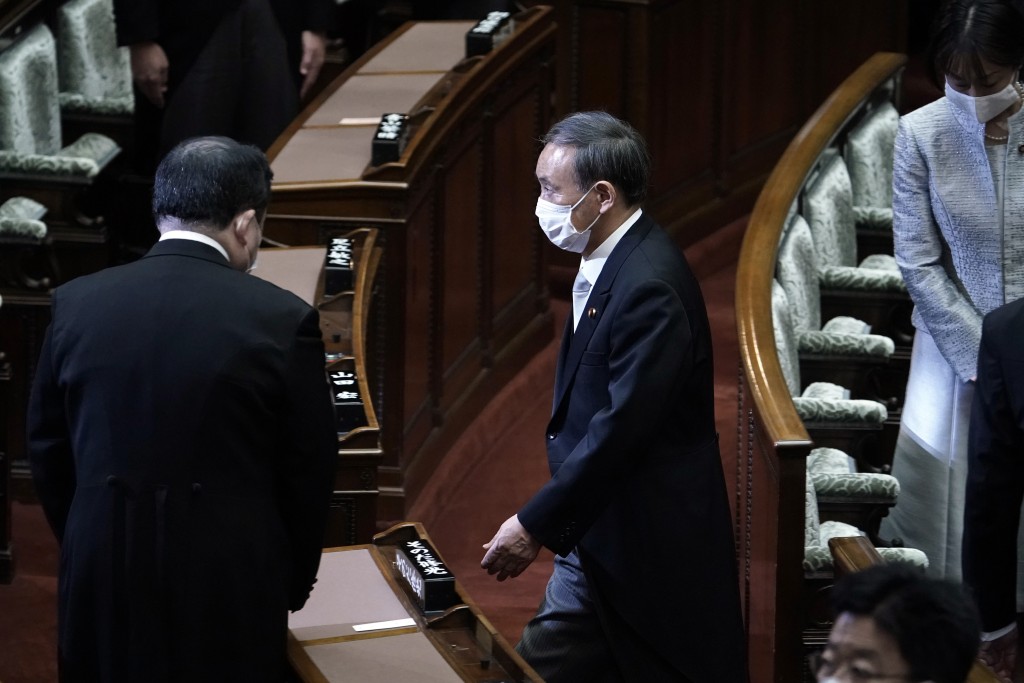 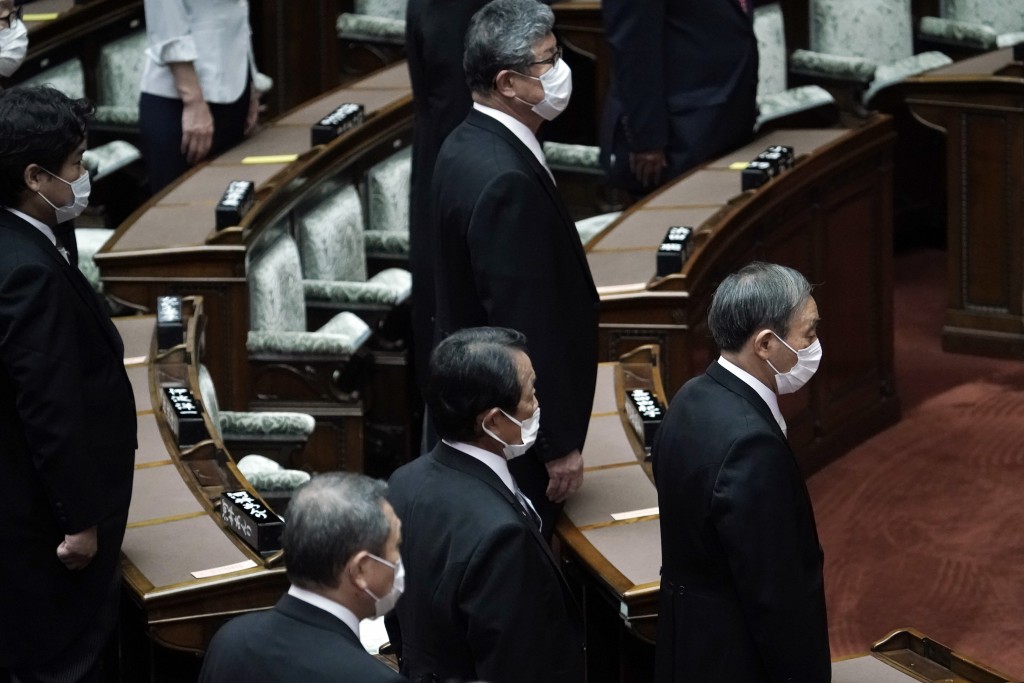 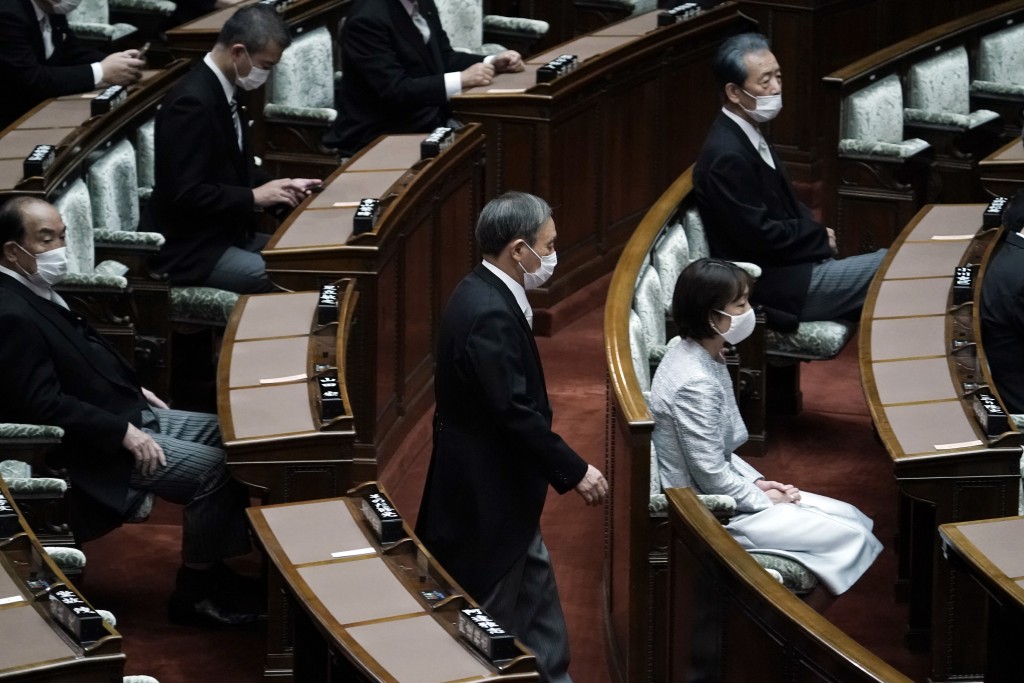 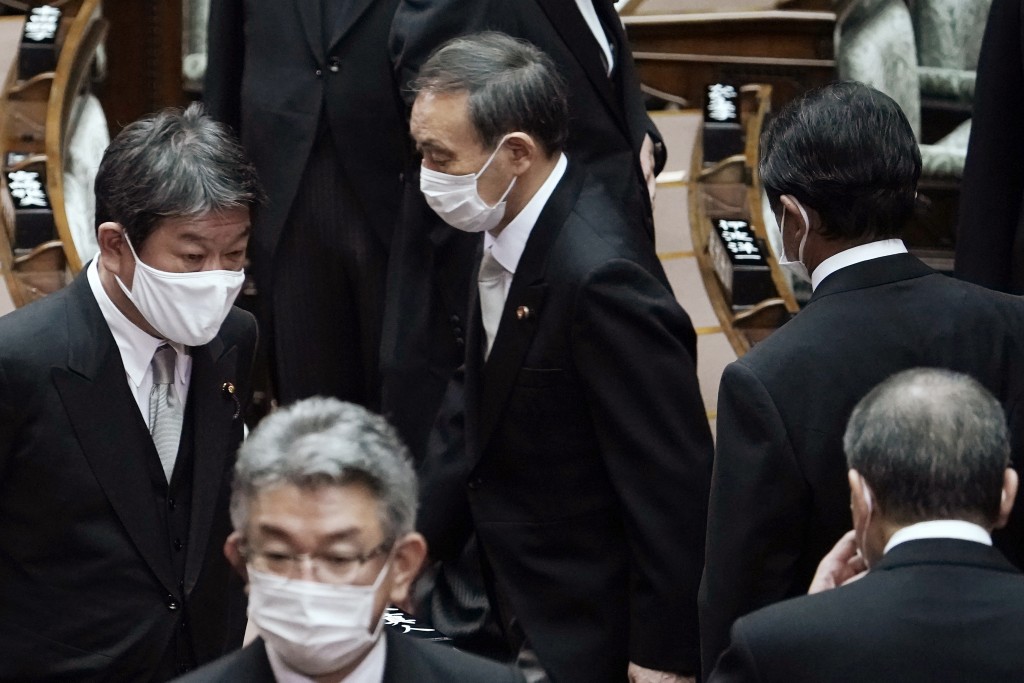 "I'm determined to work hard for the people and get results so we can live up to their expectations,” Suga told reporters as he walked into the prime minister's office.

Suga was formally elected Wednesday to replace Shinzo Abe, who announced last month that he planned to step down due to ill health.

While Suga won the backing of fellow ruling party lawmakers with a pledge to carry on Abe’s policies and work on Abe's unfinished goals, he is also pushing for some policy changes of his own.

In a departure from Abe, Suga said he will discontinue cherry blossom-viewing parties. Abe was accused of using taxpayers’ money to entertain constituents at the annual gathering.

Suga told reporters Thursday that there will be no longer be a budget for such events.

He also pledged to speed up Japan’s lagging digital transformation and appointed a special minister to promote digitalization in education, healthcare and businesses. Suga has also campaigned to lower cellphone fees and said he will seek further cost reductions.

"Mr. Suga aims to score small success,” said political analyst Atsuo Ito in a TBS television talk show. “He would dig into things that many people think are not right and need to be changed.”

Some members of Suga's Cabinet said they will follow their leader's example. Administrative Reforms Minister Taro Kono said he will immediately launch a hotline for people to report problems.

Abe's government had been criticized for appearing aloof and not listening to the concerns of citizens.

Suga said his priorities are fighting the coronavirus and turning around an economy battered by the pandemic. He is also expected to continue Abe's economic and diplomatic stance.

As a self-made politician born the son of a farmer, Suga has opposed the hereditary politics and factionalism within his party, and made systemic reforms one of his top policy goals.

He said he will break down bureaucratic barriers and eliminate vested interests standing in the way of reforms, while listening to the voices of the ordinary people to fix the problems that don't serve their interests.