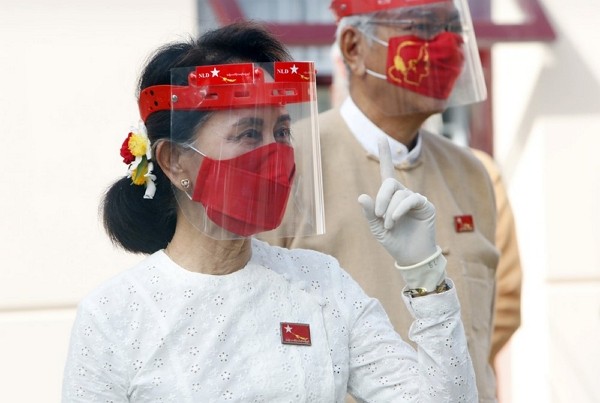 During a press conference on Thursday, CECC Spokesman Chuang Jen-hsiang (莊人祥) announced three new imported coronavirus cases, raising the total number of cases in Taiwan to 503. The three new cases are all Taiwanese citizens, including two women and one man, aged between 20 and 30.

Case No. 501 went to Myanmar for work in February. When she returned to Taiwan on Sept. 13 she did not report any symptoms. However, since she ate at the same table as a confirmed case, she was tested for the virus, before being sent to a quarantine center.

On Sept. 17, she was diagnosed with COVID-19 and placed in a hospital isolation ward. The health department has identified 23 people who came into contact with the woman, including one travel companion and 17 passengers who sat directly in front and behind her on the flight to Taiwan.

The travel companion and fellow passengers have been told to start home isolation. As the five crew members on the flight were deemed to have worn proper protective equipment throughout the flight, they have only been asked to self-health monitor.

Case No. 502 went to the U.K. for work in February. When she entered Taiwan on Sept. 6, she had no symptoms and was sent to a quarantine center.

However, on Sept. 10, she began to experience a slight sore throat and on Sept. 15 began suffering from diarrhea, abdominal pain, sore throat, runny nose, and congestion. She reported her symptoms to the health department and underwent a test for the coronavirus.

On Sept. 17, she was confirmed to have COVID-19 and was placed in a hospital isolation ward. As she was asymptomatic when she arrived in the country and went directly to quarantine, the health department has not identified any persons as having come into contact with her.

Case No. 503 went to the Philippines for work in March of this year. On Sept. 10, he began to experience symptoms such as nasal congestion, runny nose, dry and itchy throat, cough, poor sense of smell, and chest tightness.

He did not seek medical attention while in the Philippines and tried to treat his symptoms with over-the-counter medication. On Sept. 13, he took the same flight back to Taiwan as Case No. 500, who he was sitting close to.

When he arrived in Taiwan, he took the initiative to notify quarantine officers that he had symptoms of the coronavirus. After undergoing a test for the virus, he was transported to a quarantine center.

Although the result of the first test came back negative, his symptoms persisted. The quarantine center then arranged for him to undergo another coronavirus test on Sept. 16.

On Sept. 17, the man was diagnosed with COVID-19 and placed in a hospital isolation ward. As there were no other passengers sitting directly in front or behind on the man during the flight, the health department has not identified any persons that came into contact with him.

As for the nine crew members on the flight, since they were already listed as contacts of Case No. 500 and believed to have had adequate protective gear, they are continuing to carry out self-health monitoring.

The CECC on Thursday did not announce any new reports of people with suspected symptoms. Since the outbreak began, Taiwan has carried out 90,431 COVID-19 tests, with 89,248 coming back negative.

Out of the 503 confirmed cases, 411 were imported, 55 were local, 36 came from the Navy's "Goodwill Fleet," and one was the undetermined case of a Belgian engineer who arrived in early May to work on a wind farm project in Changhua County. Up until now, seven individuals have succumbed to the disease, while 478 have been released from hospital isolation, leaving 18 patients still undergoing treatment in Taiwan.

Although the U.K. and the Philippines have been grappling with the coronavirus for many months, Myanmar has become a new hotspot for the virus with over 3,000 new cases within a month, prompting calls for a delay in the country's election. Myanmar now has 3,894 confirmed coronavirus cases and 46 deaths from the disease.