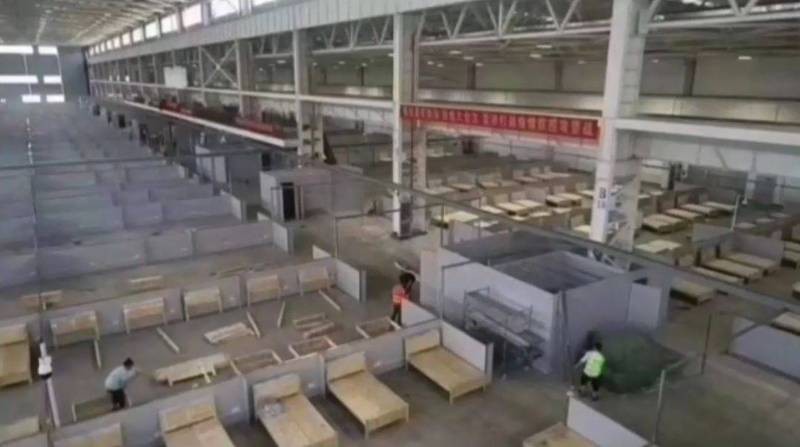 TAIPEI (Taiwan News) — The appearance of a massive makeshift hospital, a huge increase in testing facilities, and the alleged dispatch of a top disease expert have Chinese netizens concerned that a major new outbreak of the Wuhan coronavirus (COVID-19) is taking place in China's Yunnan Province.

Given the opaque nature of the Chinese Communist Party's (CCP) handling of the pandemic since the start, the Chinese public is concerned about the extent to which government officials are reacting to two imported cases from Myanmar. On Monday (Sept. 14), China's state-run mouthpiece the Global Times reported two females from Myanmar who illegally crossed into Yunnan's Ruili City, tested positive for the coronavirus on Saturday and Sunday (Sept. 12 and 13).

Although the persons who came in contact with the 32-year-old woman and 16-year-old girl have allegedly tested negative thus far, the city of 210,000 has gone into lockdown. The Global Times said that eight border prefectures and 25 border counties in Yunnan have entered "wartime status."

The scope of the women's movements was believed to have included a local market in the city. The Yunnan Provincial Government released a photo on WeChat showing local officials wearing masks visiting a makeshift modular hospital inside a warehouse. The Yunnan government also posted an overhead shot of the hospital's interior showing many beds being assembled. Based on its vast size, it appears that there are large numbers of beds being prepared, prompting Chinese netizens to question why so many beds are needed if there are supposedly only two imported cases and no confirmed local cases.

China's state-run voicebox Xinhua claimed that 13,182 residents of Ruili had been administered the polymerase chain reaction (PCR) test and all reportedly came back negative. Since Saturday, Xinhua reported that the number of PCR labs in the city has increased from two to 12 and the number of PCR testing devices has increased from two to 54, increasing daily testing capacity from 2,500 to 250,000.

Some Chinese netizens have also posted video of renowned pulmonologist Zhong Nanshan (鍾南山) on Twitter allegedly arriving in Ruili. However, Chinese state-run media has not confirmed that Zhong has indeed gone to Yunnan.

Given the heavily censored nature of China's state-run media, Chinese netizens could only speculate on how bad the actual situation may be:

"The modular hospital has come out. This is definitely a bad sign."

"How serious is the situation? Don't hide it!"

"If you continue to cheat like this, it will only make the whole world worse."