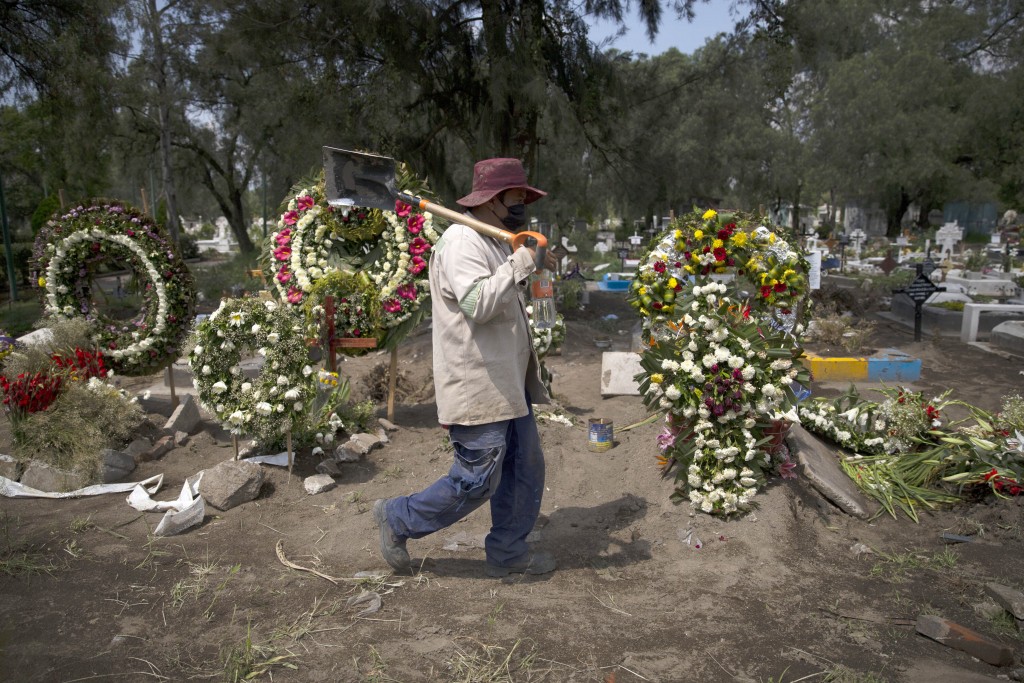 The head of the city’s Digital Innovation Agency, David Merino, said there were 30,462 “excess deaths” in the city between April 1 and the end of August, about two-thirds of which were determined to be due to coronavirus. Excess deaths are computed by comparing the number of deaths in previous years and comparing them to 2020.

Merino wrote in his Twitter account that 92% of those deaths were in hospitals and 7% at private residences. The city of almost 9 million inhabitants, like the rest of Mexico, has had an extremely low testing rate and officials have acknowledged that the numbers of test-confirmed cases and deaths probably underestimate the real figures.

“These are figures that describe a tragedy,” Merino wrote.

Merino did specify how the city had assigned that number of excess deaths to COVID-19, but city officials have been leading an effort to review death certificates to determine how many untested people had probably died of coronavirus.

It was also unclear whether test-confirmed cases were included in the excess-death figures.